Wood County District Public library director Michael Penrod says they don't remove offensive books from shelves but instead hope to use them as learning tools. 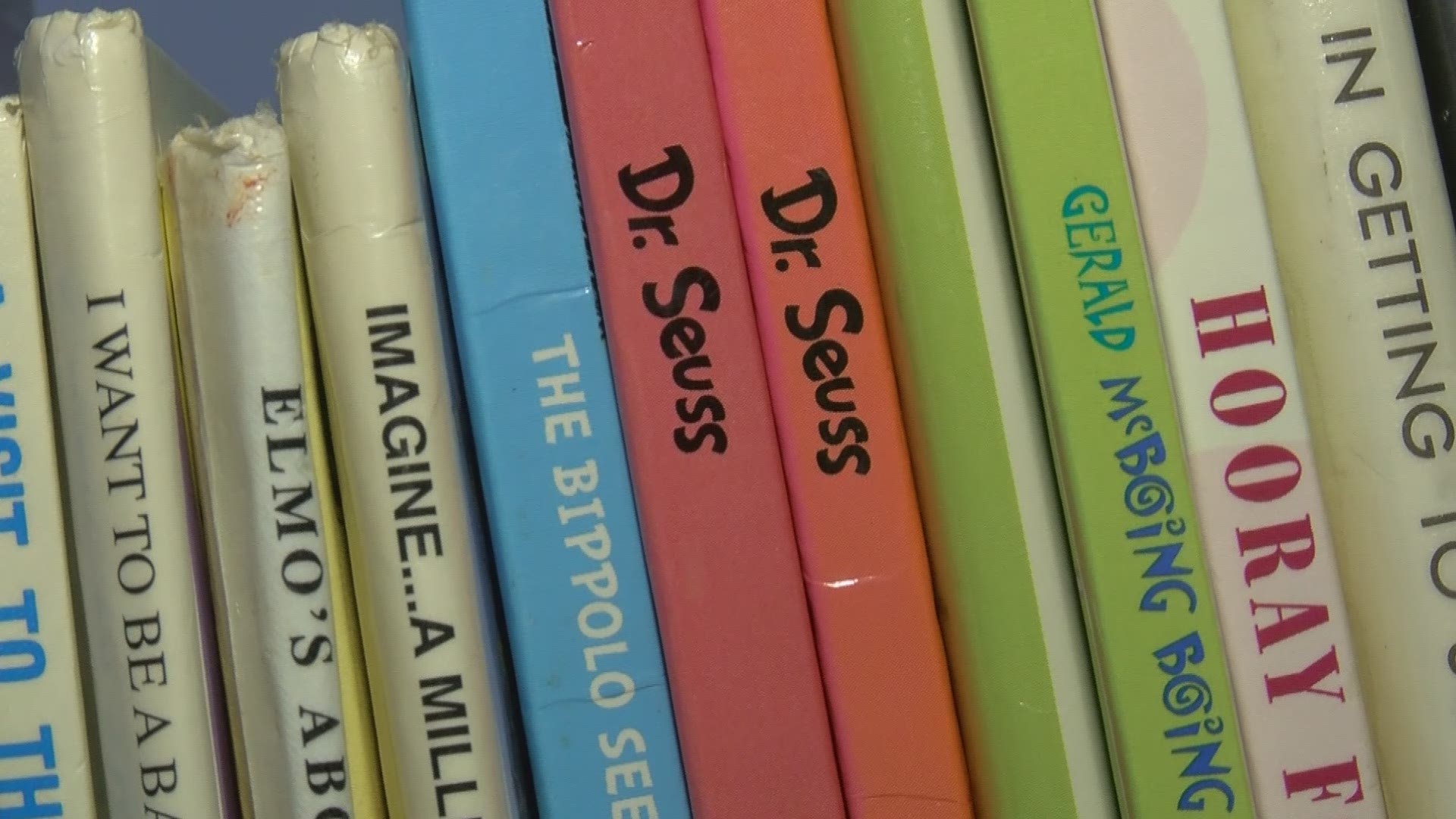 BOWLING GREEN, Ohio — There's a national discussion surrounding Dr. Seuss books, after the business that preserves and protects the famous children’s author’s legacy announced it would stop producing six of his books because of racist undertones.

But at least one local library has no plans to remove the titles from their shelves and instead will keep them available so they can be used as learning tools.

"We don't just remove things from the shelf because they may be offensive,” said Wood County District Public library director Michael Penrod.

The six Dr. Seuss books - including “And to Think That I Saw It on Mulberry Street” and “If I Ran the Zoo” - will no longer be published because of racial depictions said Dr. Seuss Enterprises in early March.

Credit: AP
FILE - In this Sept. 24, 2013, file photo, Courtney Keating, education coordinator of The Literacy Center in Evansville, Ind., reads "If I Ran the Zoo," By Dr. Seuss, to passersby during an event to promote literacy along the Evansville Riverfront. Dr. Seuss Enterprises, the business that preserves and protects the author and illustrator's legacy, announced on his birthday, Tuesday, March 2, 2021, that it would cease publication of several children's titles including "And to Think That I Saw It on Mulberry Street" and "If I Ran the Zoo," because of insensitive and racist imagery. (Erin McCracken/Evansville Courier & Press via AP, File)

But Penrod say there's an important distinction between what the business has decided to do and censorship.

"This is an independent free corporation and estate choosing not to publish it anymore. It would be censorship only if the government took it off the shelves.

Penrod says his district owns three of the six books in question and he will be reviewing them. But library staff are always available to offer alternatives.

At least one parent that WTOL 11 spoke with, who did not want to be identified said while she understands the concerns and the message that the publisher is trying to send, she thinks they should have instead added context notes to the controversial pages, so as to make this a teachable moment for both parents and their children.

“Before I became a librarian, I was a history major,” said Penrod. “So I think it's very important to have that value to go back to and go ‘this is what was happening before and we've learned from it’ so we don't go back and make those mistakes.”

Penrod says he looks forward to the chance to teach his own son what is right, and to quote Dr. Seuss, the more that you read, the more things you will know.