The man had crashed his vehicle Friday night at the westbound ramp of I-475 from I-75 northbound. 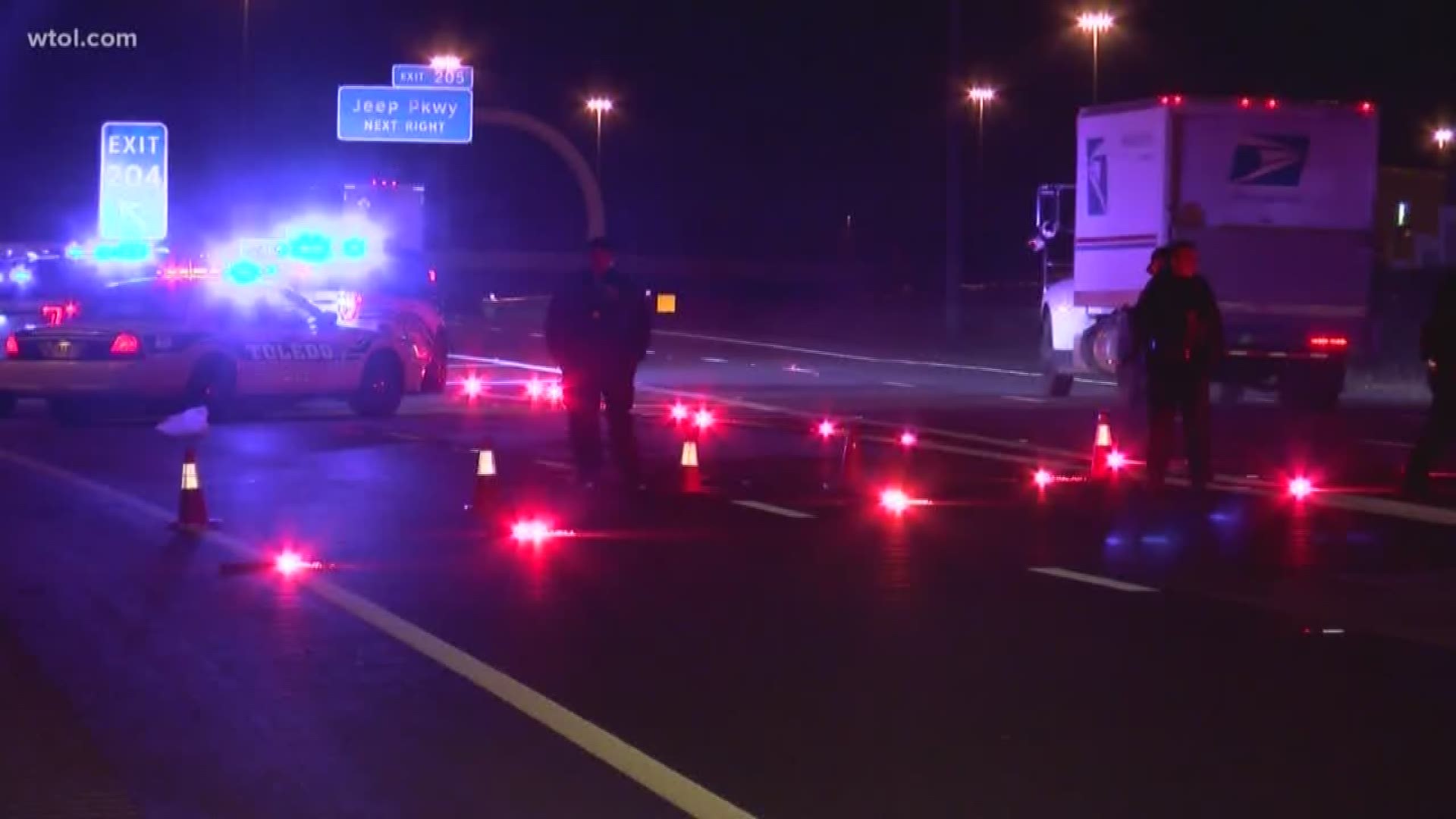 TOLEDO, Ohio — A highway ramp was shut down overnight after a body was found early Saturday morning.

Police discovered the body shortly before 4 a.m. at the I-475 westbound ramp from I-75 northbound.

Police have identified the victim as Sean Mulbolland Cree, 31, of Sylvania.

Around 7 p.m., police responded to a vehicle that had crashed into a concrete median. Crews didn't immediately find anyone in the vehicle, so it was towed.

The victim's brother alerted police that his brother was nowhere to be found. During the investigation, it was discovered that the victim's cell phone was in the vehicle that was towed away from Friday night's crash scene.

Units went back to the accident scene and located Cree behind a concrete barrier wall on the east side of the roadway.

Police say they reenacted the scene and found that Cree, who had been driving northbound on I-75 and proceeded onto the I-475 westbound ramp, lost control of the vehicle. He struck the east guardrail and was ejected from the front window of the vehicle.

Cree's car continued to travel across the roadway, then struck the west concrete barrier wall, where it came to rest.

On Friday night, crews were called to the scene by witnesses and searched the area they found the car. Police say since there was a warrant out in Michigan for the car's owner, officers assumed the driver fled the scene.

Police were led back to the scene after Cree's phone pinged from the TPD tow lot. Early Saturday morning, officers searched both sides of the area and were able to find the body.

Police say Cree was not wearing a seatbelt and they believe speed was a factor.

We are still working to determine exactly how far was the car from Cree's body.

Police say they are still investigating the incident and waiting on a toxicology report to learn if alcohol or drugs played a role in the crash.