They were originally supposed to be out by Thursday, but now have until at least next Monday. 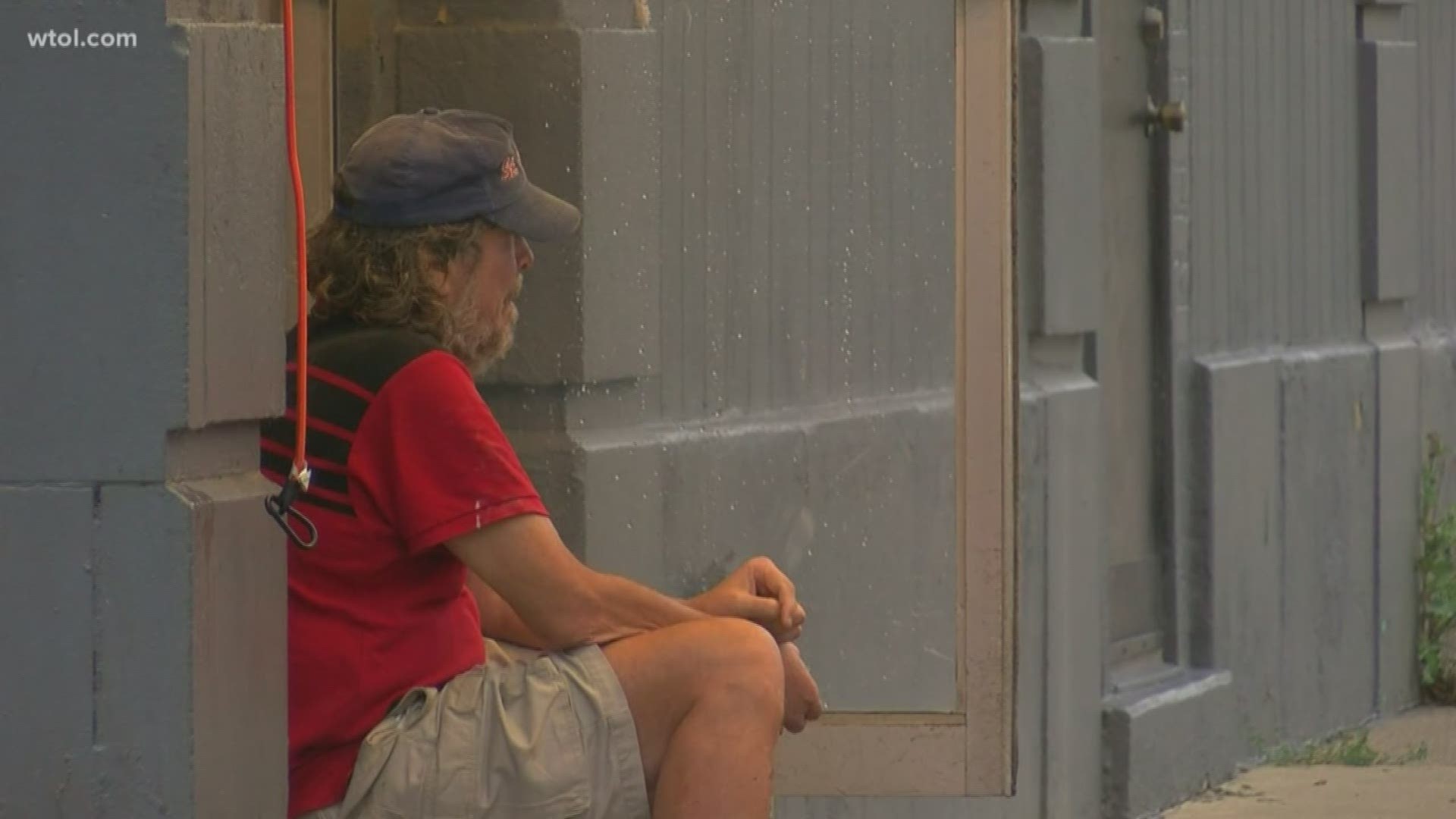 TOLEDO, Ohio — It's the largest displacement of its kind in three years: On Wednesday, the 35 remaining people at the Hotel Lorraine learned they have just a few days to find a place to live.

A quick response team has been organized helping people still living at the Hotel Lorraine accommodations, but it's likely quite a few people will still end up in emergency shelters.

"Bedbugs, cockroaches, mice." Hotel Lorraine resident Todd Yuergens doesn't give a flattering description of the Hotel Lorraine. But, it's a roof over his head in a walkable part of town for someone who has no way to get around.

Last Thursday, a judge gave the hotel a week to shut down because of financial issues and living conditions.

"I was shook up. I mean, I don't know where I was going, what I was going to do, probably going to put my stuff in storage and stay on the streets," Yuergens said.

With help, he found a place, but it's far from the area he knows, and he hasn't seen it in person. Only seven or eight of the current residents at the Lorraine have found housing on such short notice.

Some people were able to find apartments to rent but part of the problem is there's nowhere others can go.

"We have private landlords that we desperately need to step up and say hey, I have a house I can rent to three people or a three bedroom house or I have apartments available, I have this many units open and we can help them qualify," Project Lead of the Rapid Response Team Charles Allen said.

A local group home and LMHA have stepped in for people who are eligible, but Allen anticipates many people, whose records don't prevent it, will end up at the St Paul's emergency shelter.

"Most of them that may have an income, they may not have a savings to pay rent and deposit, so we're trying to help people with deposits as well," Allen said.

We've been following Hotel Lorraine resident Rooster Tinch's story from selling street papers to now having a full-time job at a downtown restaurant. He found a place today.

"It's a roof over my head, It's real expensive and it's in a place I don't want to be, but I'll take it," Tinch said.

Tinch says the roof in his new place is caving in and it's about the size of his bathroom at the hotel, but he's still relieved.

"There's absolutely people who are walking out of there with three or four bags of clothing on their backs and that's their luggage, and that's all they got," Tinch said.

Allen is continuing to find people apartments but says this many people being displaced at once makes it more challenging.

"Yesterday we provided boxes and moving options for them and storing items. We can do that this morning for any last minute items," Founder of Empower1 Charles Allen said. "Our city has stepped up a great deal, so we've had great responses to step up and be able to help people. We only have 11 people left that we need to find adequate housing for."

Allen and his team will continue until everyone is out of the shelter, but for now, it's unclear how long that will take.

Since St. Paul's is taking in more people than usual at this time, they are asking for donations with paper products, soda, water and red meat being their biggest needs at the moment.

A fund has been set up through the United Way to help those being displaced.

A fund has been set up at the United Way to help cover some moving expenses for Hotel Lorraine residents.