Haley Jones went to the Haunted Hydro and said while she was waiting in line, things got weird. 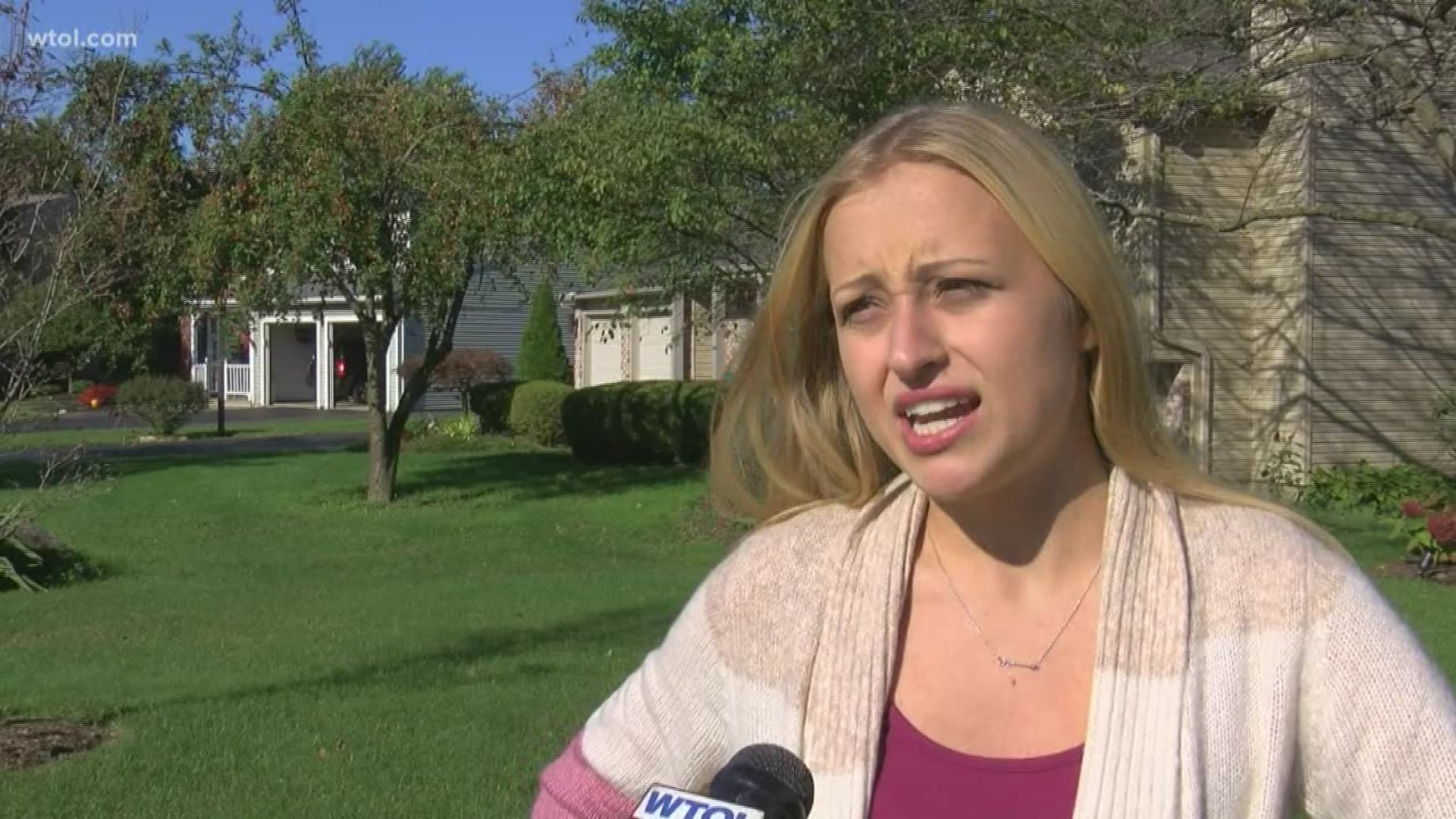 FREMONT, Ohio — A concerned customer at one of the most popular local haunted houses in the area said an actor took things too far.

Now the people running the Haunted Hydro say they're taking care of it.

During the second week of October, Haley Jones went to the Haunted Hydro with some friends for the first time. She said while she was waiting in line, things got weird.

"Basically I don't think an actor knew quite what to do with us, or was uncomfortable in her role and she ended up popping this weird toy in her mouth and taking it out and wiping it all over my face with just her spit. And then she took a Sharpie marker to my face as well," said Jones.

According to the owners of the Haunted Hydro, unless people specifically sign up for a "touch pass" and sign a waiver, the actors are trained to keep a certain distance away from people.

"We already have apologized to the patron and took care of this situation internally. It is and always has been a protocol for our actors to stay one arm's length from patrons for their safety and to create a special magical Halloween environment for customers to enjoy," Bob and Beth Turner said in a statement.

They are both co-owners of the Haunted Hydro.

"We did not get touched in the house. It was just in the outside line, but we didn't think we were going to get touched by the actors, so it was a little bit concerning," explained Jones.

Bob and Beth Turner said the Haunted Hydro always takes precautions, so this situation was taken care of as soon as they were made aware.

They also keep an EMT on scene, an off-duty firefighter and registered officers with the Ohio Safety Team.

The next two Sundays, they will be offering touch passes for people who do want a hands-on experience.

And despite the incident, Jones said she can still see herself going back.

"I would just say next time I will be more aware, and if someone is touching me without signing a form I'd be more inclined to be like 'hey, don't do that.' Whereas that time I was just kind of unsure what was going on and if they normally do that here or whatnot," Jones said.

RELATED: These are the scariest haunted houses in Ohio