The Ohio Governor's plan is aimed at reducing phosphorous runoff into creeks, rivers and Lake Erie. 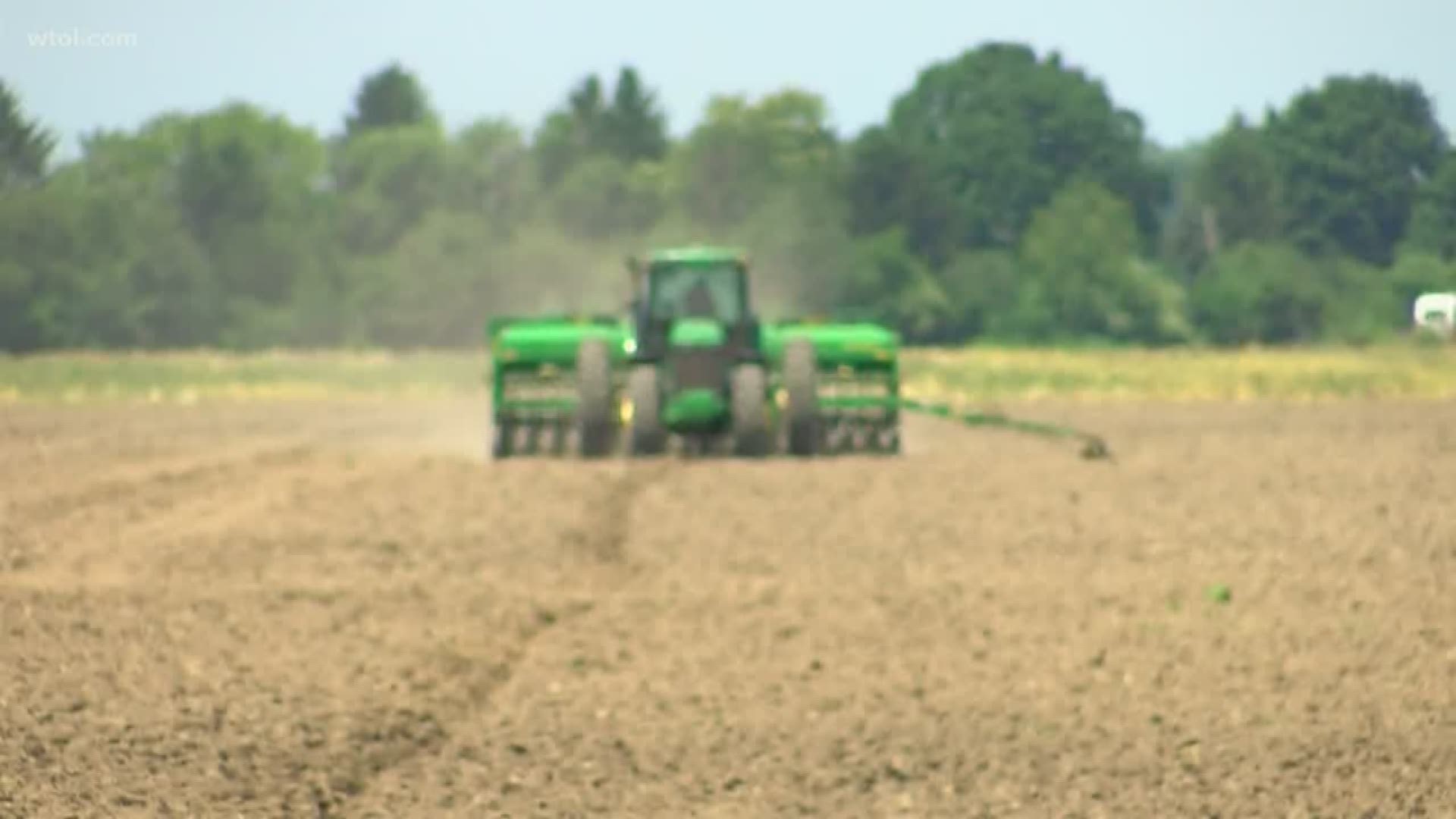 The plan is aimed at reducing phosphorous in the Maumee watershed that’ll eventually impact the health of Lake Erie.

In Wood County, the Moser Farm hosted a meeting that included some area farmers, people from the AG Industry and state officials, including Dorothy Pelanda. Pelanda is the director of the State Department of Agriculture.

The H2Ohio plan is made up of ten steps such as Crop rotation, wetlands, cover crops, drainage water management and soil testing.

The goal is to lower phosphorous runoff into creeks, rivers and Lake Erie.

"The conversations the governor and myself and our team have been having really since the spring have been very encouraging.. I tell people farmers are the true environmentalists.. we all need to be responsible for future generations and I really see that awareness in the farming community especially," said Pelanda.

The Moser Farm already has monitoring stations along their drainage system that takes samples once a week. Then the sample gets shipped to the USDA and the Ohio State University for testing.

The Moser's have practiced a lot of the H2Ohio guidelines which gives them feedback on their progress.

"The EPA gives a threshold they want all farms to be below and for eight years we've been below that threshold. So what we've already been doing matches up to the Ohio EPA and they want to entice farmers to do and I'd say it works. I'm not guessing it works. I know works because we have scientific data to back us up," said John Moser, a Wood County farmer.

It'll take years to find out if H2Ohio will lower phosphorous levels at other farms and it's just a two-year program.  However in Columbus, the State House and Senate have bills to keep the program going.

RELATED: Governor DeWine calls on farmers to do their part in reducing phosphorus runoff