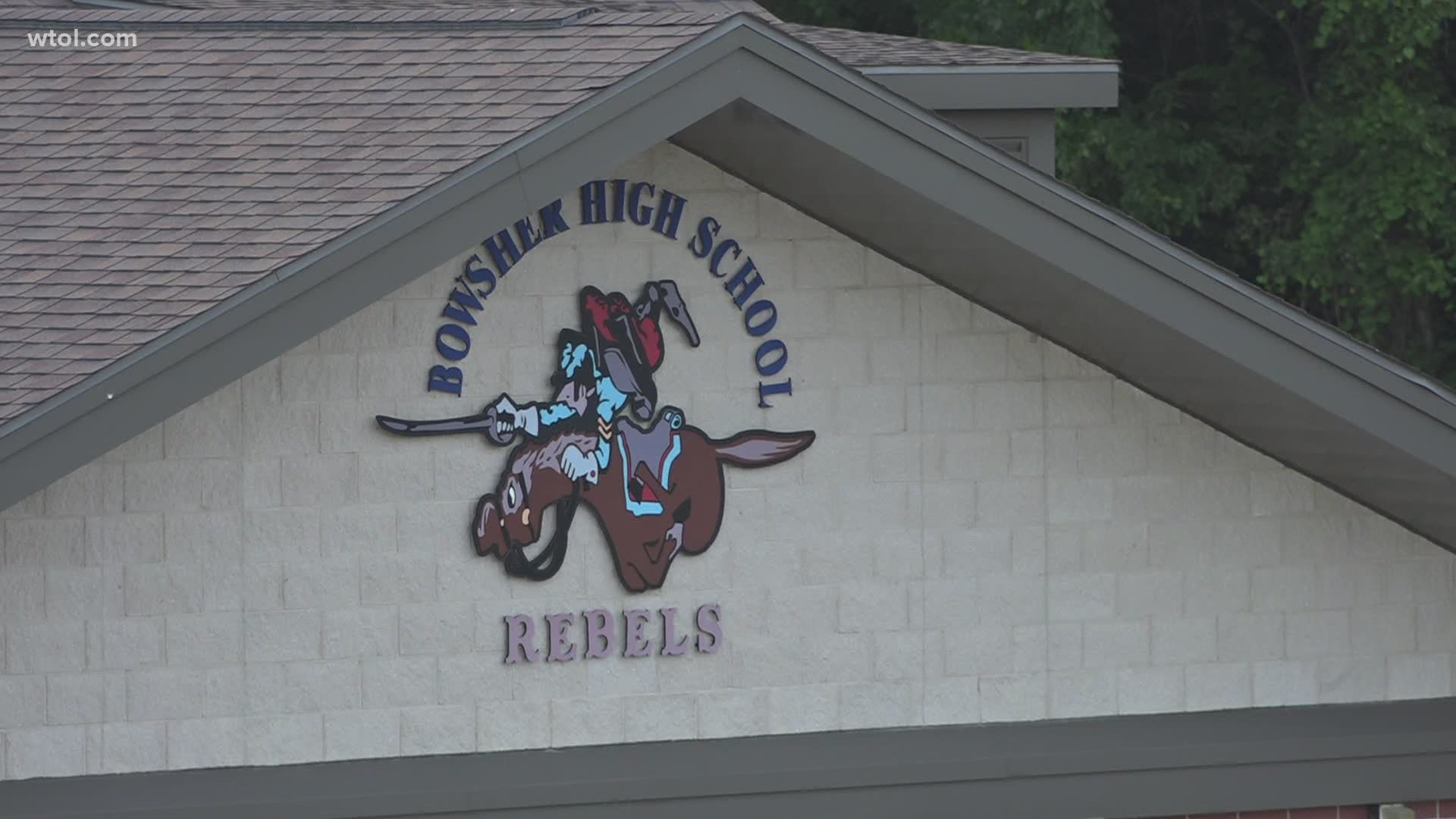 There's a big push to replace the rebel mascot at Bowsher High school in south Toledo.

More than 2,000 people have already signed an online petition, which is calling for action now.

The image alumni at Bowsher want gone shows a confederate soldier on a horse, which they say represents years of oppression.

"We're willing to fight for this and go the distance to see it change," said alumni and local mom Taylor Holloway.

It's an image that disturbs Holloway and many other alumni of Bowsher High School, and it's the reason she started an online petition to replace the school's mascot.

"First and foremost, I'm black, and it's offensive. It's a racist symbol. There's no separating the rebel from the confederacy which is a war that was meant to keep my people oppressed and enslaved," said Holloway.

According to Holloway, the initiative to change the mascot dates back decades.

Her family supports the petition and says the mascot outdated and shouldn't represent Black students now.

"I can't help but to notice the kids, the young Black kids playing over here on the field, and right behind them is the rebel symbol. I mean, shouldn't they be able to play and have something represent them a little bit better?" said Andre Bouie, Holloway's aunt.

Alumni, Allie Taraschke says they've even thought of ways to cut costs for the school.

"I work at Jūpmode, a local screen printing company. We have a platform where we can presale items. So it'll be no-front sell for the school, people can buy merchandise with the new mascot to support it. And we'll be giving funds to the school as well," said Taraschke.

In a statement, Toledo Public Schools Deputy Superintendent Jim Gant says, "TPS is committed to establishing equity and diversity in our schools. The questions related to the Bowsher mascot and name will be addressed with that commitment in mind."

Holloway and other concerned alumni are currently in talks with TPS. They hope to present the petition in front of the school board soon.

The petition includes a survey asking for suggestions on a new name for the mascot. It can be found here.

Read the entire statement from TPS below:

"Administrators for Toledo Public Schools are aware of the online petition that challenges the district to reconsider Bowsher High School’s mascot. The petition also questions the use of the word Rebels. Currently, the school is using a capital block letter B for its spirit wear and other promotional efforts, including the design on Bowsher's football field. The school has been phasing out the use of the Confederate soldier and flag. In 2017, the school posted an informal survey on social media about the logo and the association of the Confederate soldier. The responses to those questions were split on whether the mascot should be changed or stay the same. Today, TPS is committed to establishing equity and diversity in our schools. The questions related to the Bowsher mascot and name will be addressed with that commitment in mind."