Tiana Smith is a local photographer, who knows what it's like to have a child in the NICU. So she decided to give back. 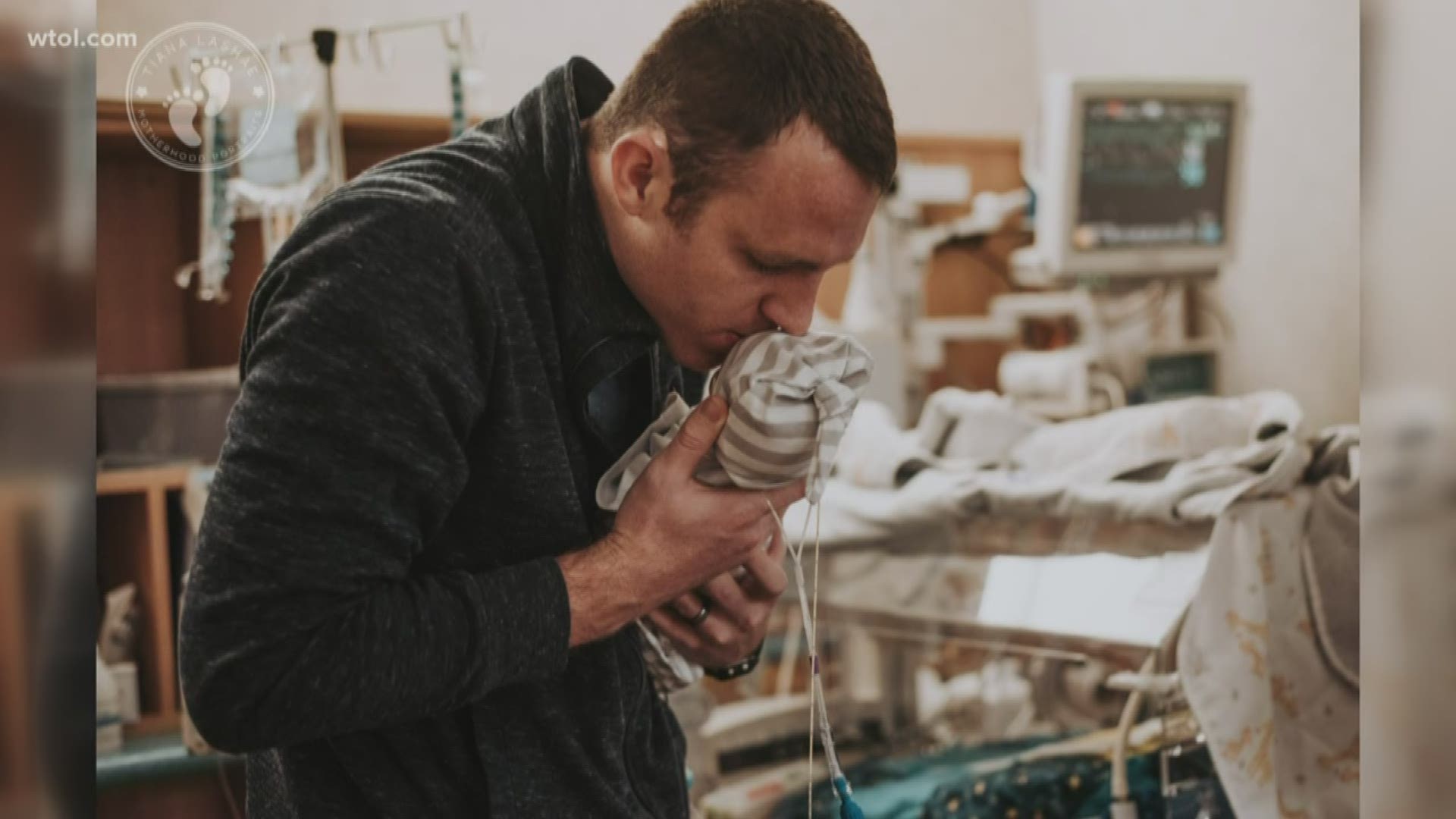 TOLEDO, Ohio — Parents always tell new moms and dads to capture every moment because children grow so fast and time becomes a blur.

A local woman is using her talents to make memories for families going through an incredibly stressful time.

"We have Ivy and Emmitt. They were born at 31 weeks," said Clerissa Seamons.

The NICU at Mercy Health St. Vincent's Hospital has been home away from home for her and her husband Evan Seamons. They also have a three-year-old daughter.

"It was hard at first because you have all these expectations of bringing your babies home and having that newborn phase with them. It's hard when they're not home and you go home and there's no babies," said Clerissa.

With each day and set of complications,the Seamons say the first weeks of their babies lives were simply a blur.

Then, in walks local photographer Tiana Smith, who can relate.

"My son was born one pound 14 ounces, when he was in the NICU," said Smith, who owns a photography business, Motherhood Portraits by Tiana Lashae.

Smith said a friend of hers snapped photos of her son, now 18 months, in the NICU and she thought she could give back to other preemie parents, with a free photo session.

"When I look at the photos, I'm like, I just start crying. I can't believe it. And she didn't charge me a dime and I'm not gonna charge these moms a dime for doing something I love," said Smith.

She calls the portraits, "Noah's Gifts," named after her son.

The Seamons said the moments captured will be cherished forever.

"There's a lot of hoping that your child gets better and knowing that things can get worse very quickly. And having someone who was willing to come in, take photos and add a little bit of levity to a place that is sometimes absent of smiles and absent of good news. It really gives you something to look back on and say, 'that was ok,'" said Evan.

RELATED: Family Focus: Resolving to be healthier as a family