The 700-acre runoff basin is expected to lower the 100-year flood mark in Findlay by 18 inches. 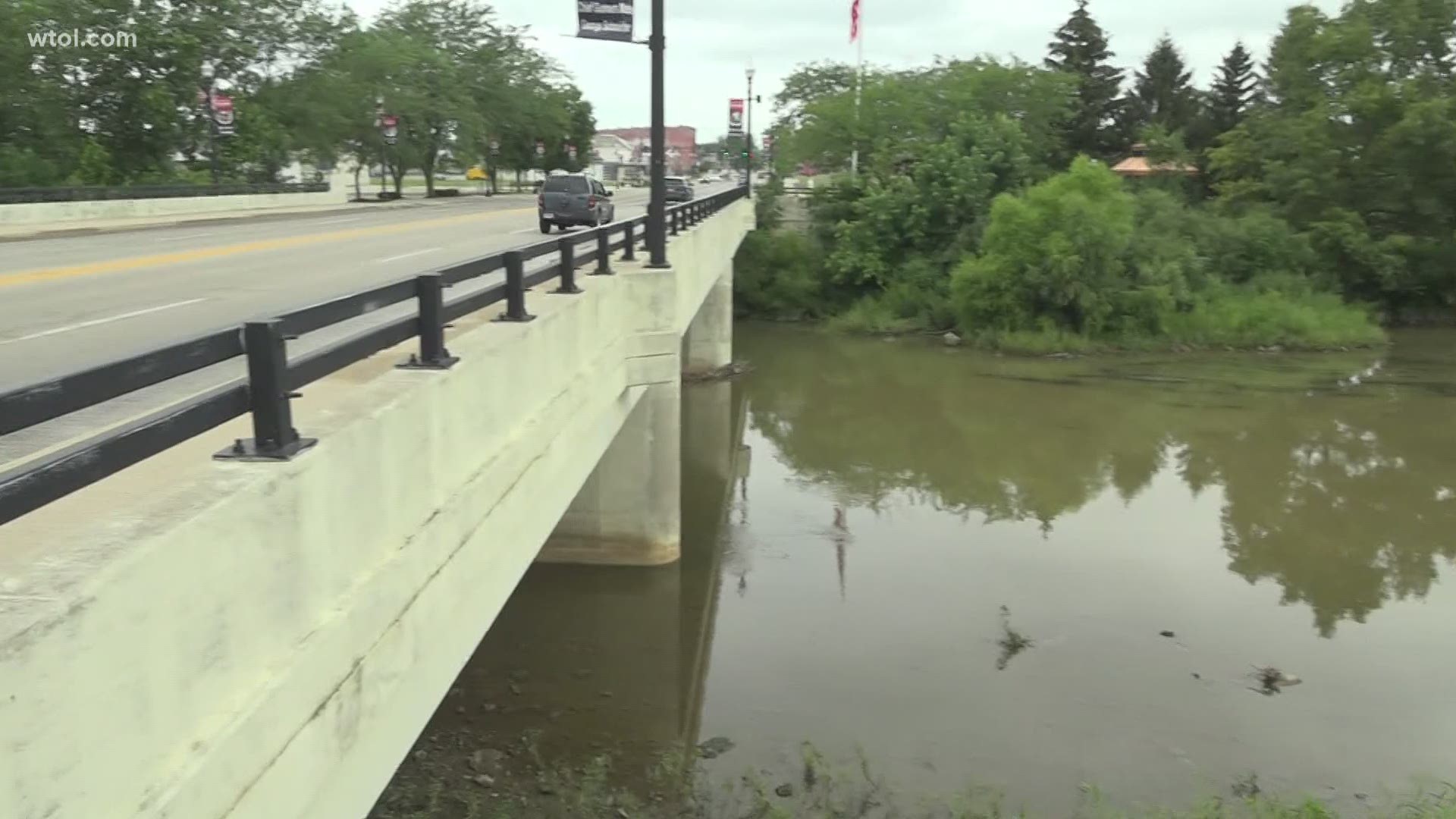 HANCOCK COUNTY, Ohio — After nearly 15 years of debate and planning, a large flood overflow basin has officially been approved for southern Hancock County.

This means the basin will now be built to help lower floodwaters further downstream in Findlay, as Eagle Creek is one of the larger contributors to flooding in the area.

Credit: WTOL 11
The basin is expected to lower flood waters in downtown Findlay by 18 inches

"We have the Phase 1 benching, the Norfolk Southern bridge and the Phase 2 benching; those 3 projects gives us 18 inches in benefit. The Eagle Creek Storage Basin alone gets us 18 inches of benefit from a 100-year storm," said Tim Mayle with Blanchard River Watershed Solutions.

The project had already received $30 million in state funding and will need to go back to the Ohio legislature for another $30 million once the engineering phase is done.

There are still about 250 more acres of land to purchase as well.

Mayle says containing floodwater from Eagle Creek was always on officials' minds, but now with a solid design, this future basin will be integral in limiting flood damage in the future.

"From the Army Corps and originally Stantec, they never quite got the design right and now we have it right. But it's the only place where we can get this much of a benefit for the flooding, so it's extremely important," said Mayle.

With more planning and engineering still needing to be done, this project will not go out to construction bidding until 2022, with construction starting up in 2023.