The members of Congress sent him a letter, asking him to reimburse the depleted DC Emergency Planning and Security Fund for the cost of those events. 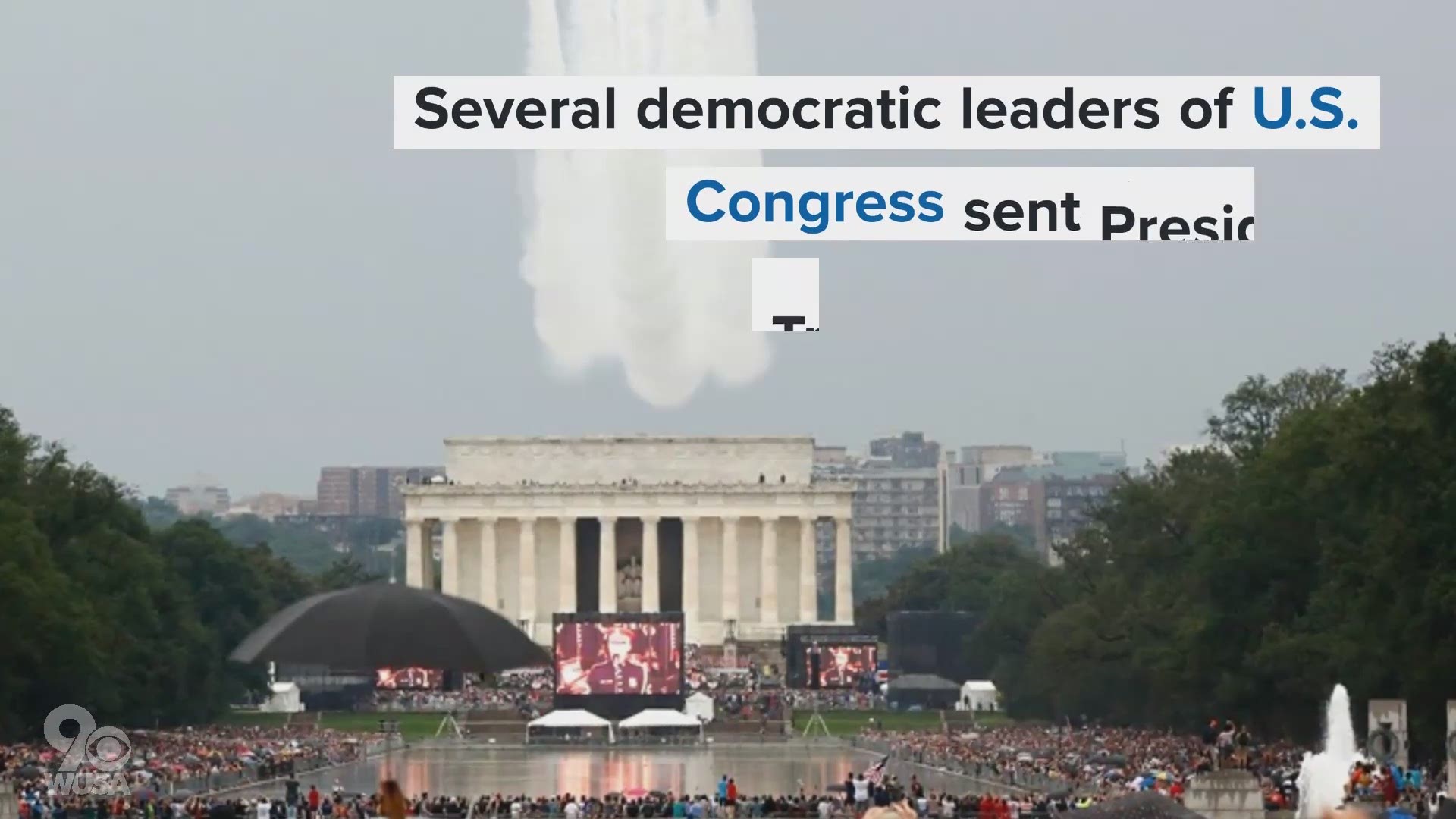 Several democratic leaders of U.S. Congress sent President Trump a letter Friday, demanding he reimburse the District of Columbia for the costs surrounding his inauguration and the Fourth of July Salute to America event.

“As Members of Congress committed to reducing the unnecessary expenditure of federal funds, upholding national security, and conducting oversight of government operations, we already had concerns about the cost and purpose of your ‘Salute to America’ event,” they wrote in the letter.  “The depletion of the EPSF, the costs of the July 4 events, and your comments on July 8, 2019, that you plan to repeat this event next year and ‘for the foreseeable future’ only reinforce the necessity of ensuring that federal funds are spent wisely and with proper oversight.  For these reasons, we respectfully request that you commit to reimbursing the EPSF for the costs of your 2017 inauguration, the July 4 ‘Salute to America,’ and other federal activities for which D.C. has provided security support.”

RELATED: Bowser to Trump: You owe DC $9M for your festivities

She said the events cost the city around $9 million in total.

The mayor said recent official estimates project the city's emergency fund is in the hole $6 million and is partly attributed to increased demands for heightened security.

She said there was a $7.3 million price tag for security at Trump's inauguration ceremony, and an additional $1.7 million for security support for the Fourth of July events and related demonstrations.

Bowser said Congress did provide $13 million over the last few years to cover D.C.'s emergency fund, however, the city's annual expenses add up to nearly $16.5 million.

The Department of Defense previously estimated the cost of the Salute to America event was $1.2 million. The National Park Service officials said they redirected $2.5 million from its budget to help offset the Fourth of July costs. It’s unclear if that $2.5 million was spent, or if the costs exceeded that figure.'