One bride hasn't been able to reach President Tuxedo's corporate office and doesn't know if she'll be getting a refund or her suits before the wedding. 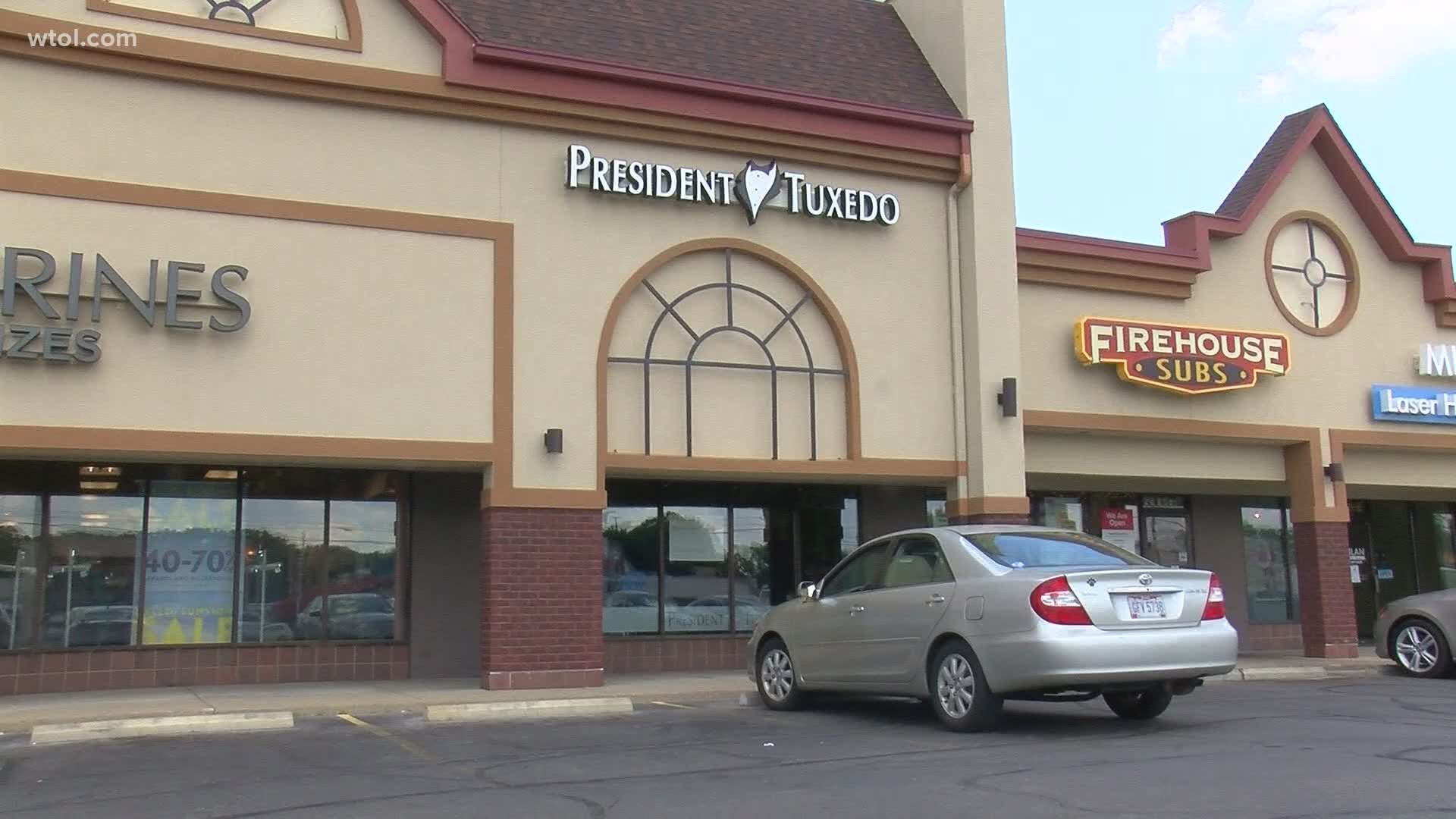 TOLEDO, Ohio — Some couples in northwest Ohio are left scrambling to find suits for their wedding after a formal wear store in Toledo closed without a word.

It was stressful enough when Chelsea Heinemann of Bowling Green had to postpone her May wedding date to July because of COVID-19. But when she realized that she would also need to scramble to find suits at the last minute, "that was just icing on the cake," she said.

Her friends and family rented suits at President Tuxedo located at 5200 Monroe Street in Toledo.

The store had to temporarily close in March because of COVID-19, but workers there told Heinemann they would keep in touch.

"I heard back April 1 and all that the text message said was that they laid everybody off and the only way to contact them now was through corporate," Heinemann said.

But, Heinemann hasn't spoken to anyone from corporate since the second week of April. She texted, called and emailed multiple times to no avail.

President Tuxedo's website states that their locations, production center and corporate office are temporarily closed because of the pandemic. It also states they'll reopen as soon as they're able, and will be able to assist with special events as soon as they can.

A 'For Lease' sign is displayed in the front window of the store in Toledo. A notice to employees on the front door dated June 10 also states the tenant defaulted on the lease.

"You would think that they would at least call and have some open line of communication to at least let you know, 'hey, we're not going to be reopening. We'll get you your refund and you should go look for other places,'" Heinemann said.

With just three weeks until her wedding and left with no other option, Heinemann had to frantically find suits at another store.

She's frustrated, but has found a silver lining in the situation.

"At the end of the day, as long as I get to marry my fiance, the rest will happen the way its supposed to and the rest will fall into place," she said.

WTOL reached out to President Tuxedo's corporate office, but as of Friday afternoon, our calls were not returned.

RELATED: Local company can help you get married on time during coronavirus pandemic

RELATED: Their big wedding was called off due to COVID-19, so 2 Cleveland Clinic doctors decided to marry on the hospital's roof (photos)

RELATED: Weddings move from big venues to tiny lawns due to coronavirus

RELATED: 'It was perfect': Ohio University couple gets engaged during virtual graduation ceremony

RELATED: Couple's wedding was canceled, so they threw a Pop-up Pandemic Wedding at a drive-in movie theatre instead