Fire crews are working to support the house so the car can be removed. 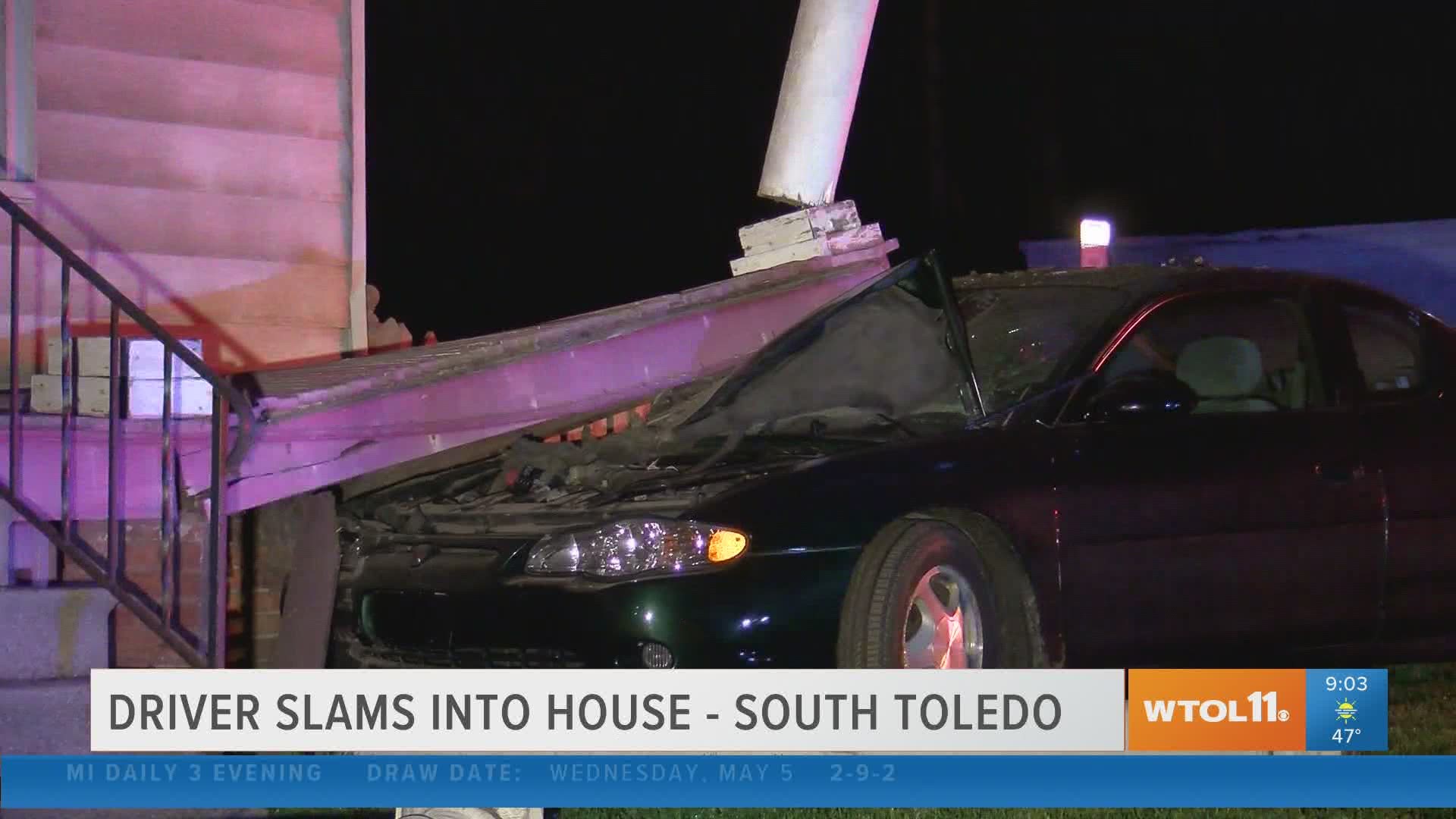 TOLEDO, Ohio — A driver fled the scene after he crashed his car into the front porch of a south Toledo home Thursday morning.

The car crashed into the front porch of the home and was stuck as several support beams were shattered.

Leslie Simmons, the owner of the home, said she originally thought it was someone hitting the telephone pole.

"We thought it was just someone hitting the telephone pole again, cause they do that often. We came out and found that he had hit the house," Simmons said. "The person was still there when we came out and we were talking to him. We went back in the house to call 911 and he took off."

It took fire crews some time to support the house so the car could be removed. Most of the damage seems to be done to the front porch of the home.

There were no injuries and the cause of the crash is unknown at this time.