The advisory includes Village of McClure; residents on CR N, from CR 7 to SR 65; and all customers on SR 65 in Henry County. 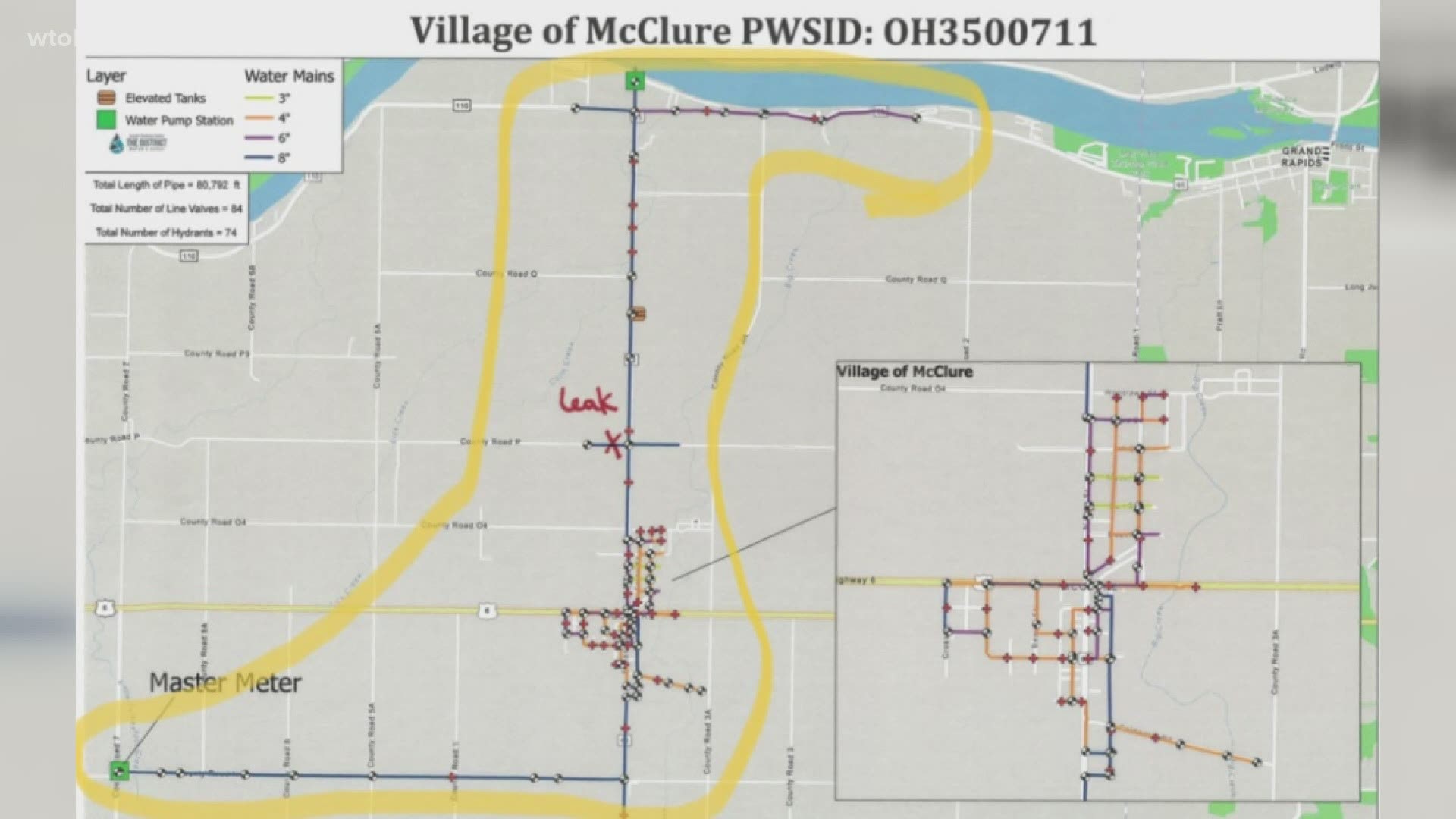 TOLEDO, Ohio — The Northwestern Water and Sewer District has issued a boil advisory for the Village of McClure; residents on CR N, from CR 7 to SR 65; and all customers on SR 65 in Henry County.

This boil advisory is necessary due to a waterline break caused by extremely cold weather. The leak occurred on CR P at SR 65 at approximately midnight on Wednesday.

The WaterShed at SR 65 and SR 235 (19963 Otsego Pike) is offering free water for residents impacted by the boil advisory through the weekend.

The advisory is in effect until further notice.

What should you do if a boil advisory is issued?

Click here for a complete fact sheet about what to do during a boil advisory.