Crews had to shut off the main water line for some neighbors living near Fearing Blvd., between Detroit Ave. and Brown Ave. 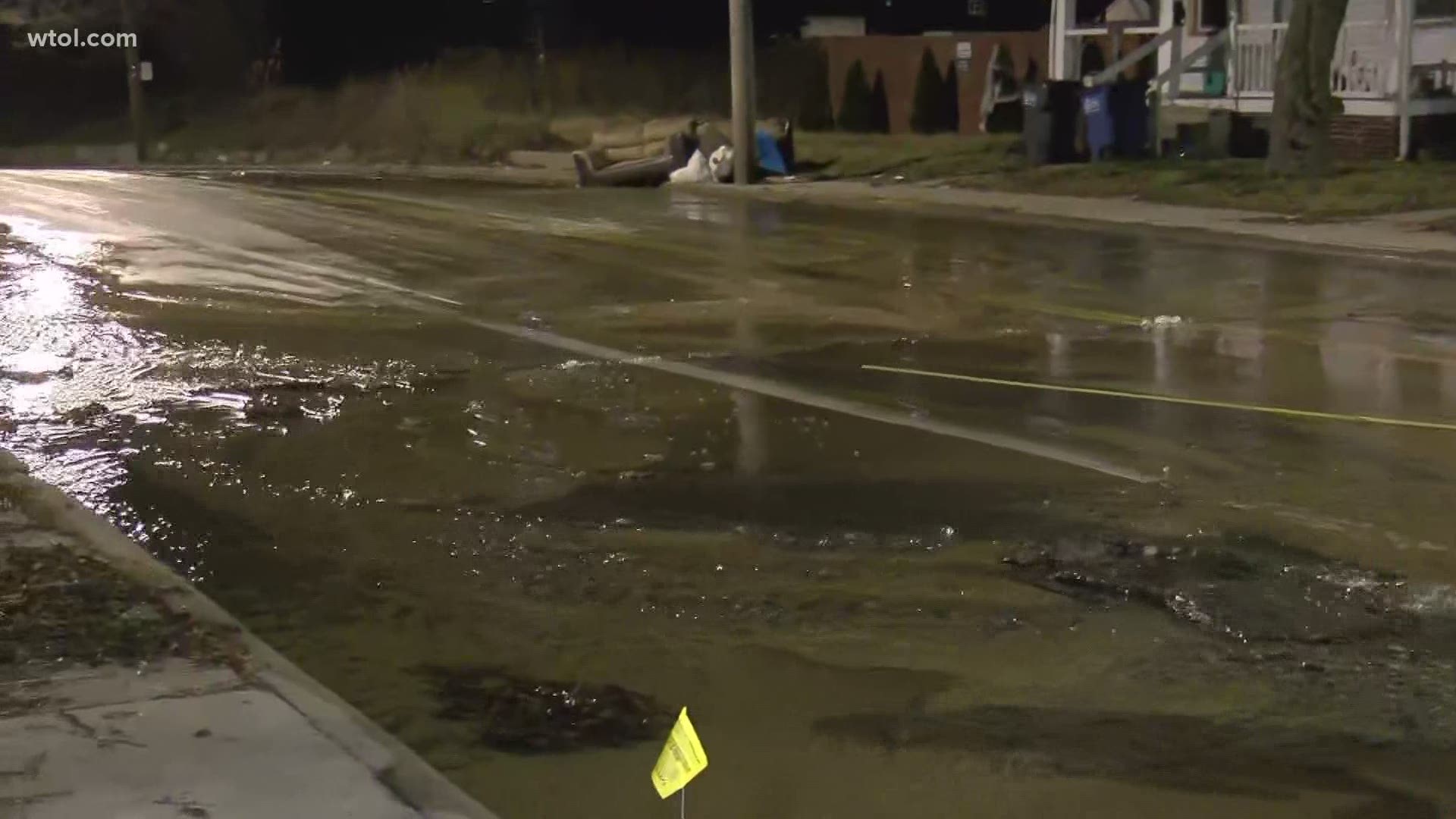 TOLEDO, Ohio — An overnight water main break in central Toledo has led crews to shut down the main water line for some neighbors living near Fearing Boulevard, between Detroit Avenue and Brown Avenue.

Crews on the scene told WTOL 11 that a 12-inch main broke but that repairs should be done by the end of business Monday.

Police have blocked off Fearing Boulevard, between Detroit Avenue and Brown Avenue.

Because of the damage, people could see a lot of water coming out of the ground and flowing into the street.

Man hospitalized after being shot several times in the North End