Neighbors at the Creekside Village Mobile Home Park in south Toledo have been without running water for nearly a week due to a shut-off by the city. 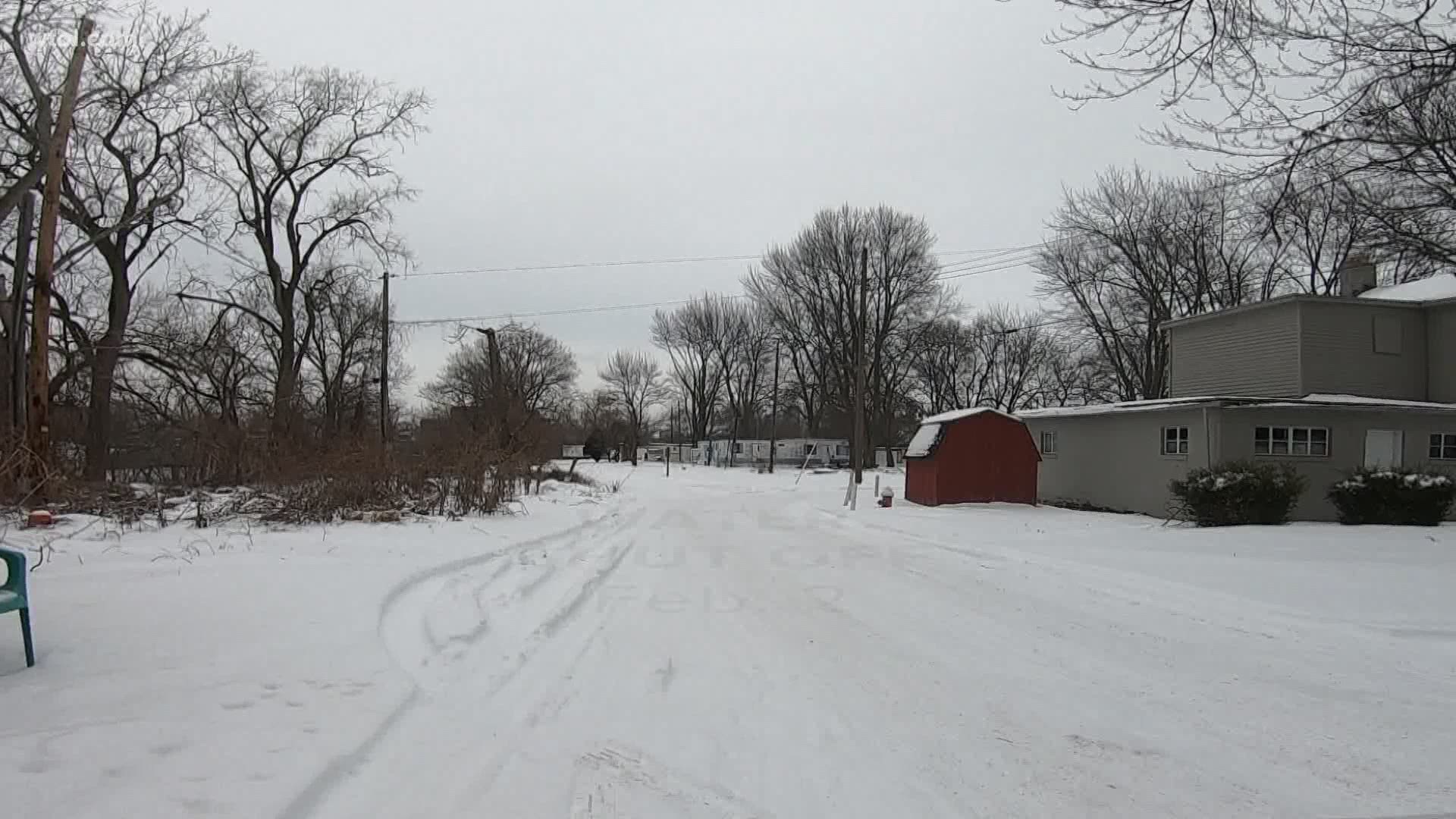 TOLEDO, Ohio — Water has stopped flowing at a south Toledo mobile home park and now some neighbors are worried they may be kicked out of their homes.

But right now, she has a big mess on her hands.

"This was Niagara Falls," resident Christopher Montz added. "It was hundreds of thousands of gallons per minute, per second."

Montz and Stinson have lived at the park for five months. They're artists who are working to rebuild after a fire tore through their home in Sylvania.

Now they fear homelessness once again because of the threat that the health department could condemn this property because there's no running water.

WTOL 11 spoke over the phone with Theodorou on Monday. She bought the park in 2017 and over the years, she ran into some financial trouble. The pandemic didn't help and she admitted she currently has about $100,000 in past-due water bills.

Theodorou said she was notified on Jan. 2 of a water main leak that she was responsible for fixing. By the end of January, she said she hired a contractor, who made repairs for about $8,000.

But the city of Toledo told her she needed to come up with another $10,000 toward her outstanding bill, or the water would be shut off. Service was halted on Feb. 2.

A City of Toledo spokesperson said the owner was notified prior to Jan. 2 and the leak had been present for approximately six months. He also told WTOL 11 officials have tried to work with property management and before the shut-off, the city coordinated with the homelessness board to provide help.

But it remains unclear why the water isn't flowing.

The city's website says water will not be shut off for nonpayment as the community battles COVID-19.

"I mean, I watch the management and her kids out here 12 hours a day cleaning stuff up," Montz said. "They have plans. We have plans. We are a community.

"We would just like our water turned back on."