Andrew Hosford, from Michigan, said Toledo Express Airport was minutes away when he felt his engine sputter. 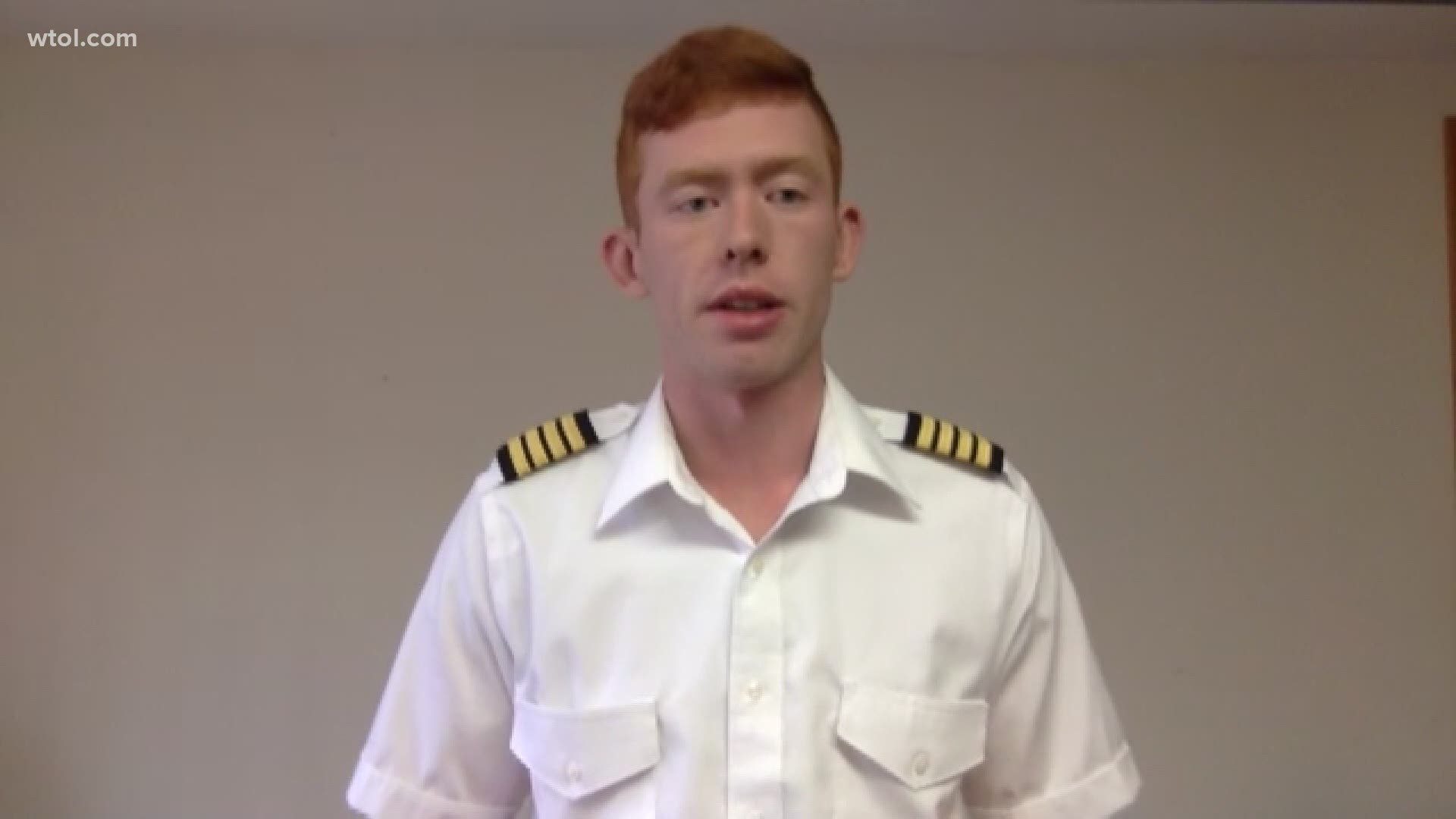 SWANTON, Ohio — Drivers on the Ohio Turnpike on Friday, got a surprise on Friday when a small, single-engine airplane landed in the roadway near the Fulton-Lucas County line.

The young pilot, from Michigan, was able to land the plane without getting hurt and without even damaging the plane.

21-year-old Andrew Hosford spoke to WTOL 11 on Sunday about his harrowing experience and what went through his mind 15-hundred feet in the air.

He also spoke about the higher power he says kept him safe.

Hosford says he got into his father's Cessna 150 in Andrew's University airpark in southwest Michigan on Friday afternoon and set out to Toledo Express Airport.

But minutes before arriving at the airport, he felt the engine sputter.

"I didn't have a lot of glide distance or reaction time before I had to land the plane," said Hosford.

The first thing he did was pray to God.

"In a split second moment when my engine started to sputter, I offered a quick moment of prayer,” said Hosford.

Hosford knew he had to make an emergency landing, but a plowed field in Swanton farm land isn't an ideal landing zone, so he settled on the Ohio Turnpike.

"It was a real miracle because I looked up at the satellite images all around and there were just fields everywhere," he recalled. "You can land on fields but the survival rate is less than a hard surface similar to a runway."

The young pilot, who's been flying for almost a year, was not injured and plane barely got a scratch.

He says he's thankful to God for helping him out of an impossible situation.

"Here's an opportunity for you to honor yourself, Lord. Please work out a miracle in my life."

He's signed up to be a pilot for a Christian missionary program called Miracle Air.

"Coming up in the next couple months, I'm actually scheduled to go down to Nicaragua to be a humanitarian mission pilot. Doing some medivacs," he said.

In his newfound career as a pilot, Hosford says he might pilot for commercial airlines.

But his focus, right now, is on helping people in need.