Long after their service on Sept. 11, 2001, responders carried the burdens medically. 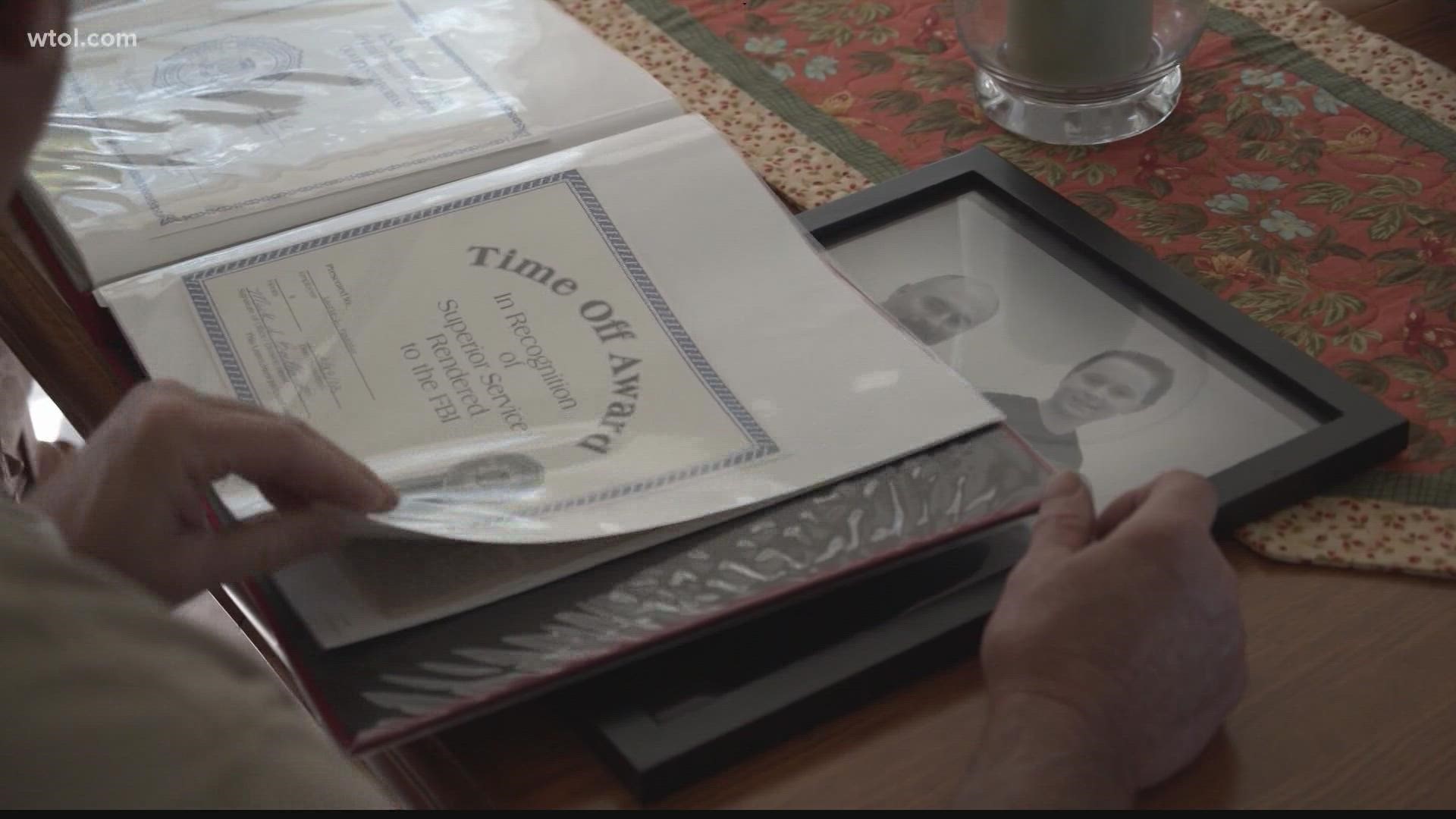 There are thousands more you don't.

Laurie was on the evidence response team and when terrorists struck the World Trade Center, Pentagon and a field in Shanksville, Pennsylvania, she and many others were dispatched to the sites.

"It wasn't too big of a concern for her, I don't think it was for anyone over there," Fournier said.

He still has pictures of his wife at the crash site of Flight 93 where she worked 10 - 12 hours a day for nearly two weeks, sifting through hot, fuel-soaked debris, looking for evidence and human remains.

Laurie was working to return victims to their families, not knowing her own family would be ripped apart by the events of that day.

"She didn't really talk about that. She didn't notice it herself," Fournier said. "They had their masks, they wore Tyvek suits, I know that."

Laurie returned home to Mike and they grew their family.

She continued her work with the FBI, receiving multiple awards and honors. But, it wasn't long before her exposure to the toxins of Flight 93 caught up with her.

"Just under two years, she found a lump in her thigh and went to have it extracted and the test came back that it was melanoma," Fournier said.

Laurie fought cancer off, but it returned and took her life in 2009.

"It had spread to her bones and just started breaking out everywhere," Fournier said.

"There's going to be many more agents who will ultimately succumb to what they were exposed to that day," FBI Cleveland Special Agent in Charge Jeff Fortuneto said.

Laurie is among 18 FBI employees who became victims after 9/11 and more are still falling ill.

"I am sure none of the folks were thinking 25 years down the road, they were thinking what could they do to help Americans that day. That is what FBI agents do every day," Fournier said.

"How come we're having problems with the agents who worked these three sites from that day, but yet all the other agents who work evidence response that were never there, you know, don't have this type of problem? What's going on here? I do blame the terrorists for that because had they not done what they'd done, then yeah, maybe she would have still had the cancer, maybe not, maybe it wouldn't have been so aggressive. Maybe it could have been controlled, who knows, we don't know but I'm sure a lot of other people are gone because of it," Fortuneto said.

More responders have died from 9/11-related illnesses than on 9/11.

According to the Centers for Disease Control and Prevention (CDC), as of June 31, 2021, 2,901 responders have died from 9/11-related illnesses, far more than the 412 who died on the day of the attacks.