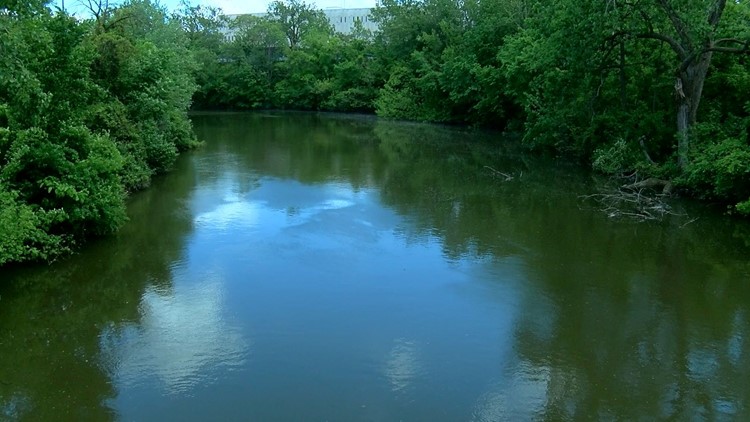 CURTICE, OH (WTOL) - After heavy May rains, it is the sixth wettest year on record so far in Toledo. And that could cause long-term problems out on Lake Erie.

During the month of May, 135 million gallons of sewage flowed into local rivers and Lake Erie. It was diluted with storm water, but it is still out there in the water, raising concerns about a bad algae bloom.

"We personally observed, coming at the mouth of the Maumee River to Maumee Bay, seas of turds," said Lake Erie Waterkeeper Sandy Bihn.

It was an interesting assessment on the raw sewage that used to get into the water from heavy rains, before the city started its mandated Toledo Waterways Initiative.

The TWI includes the construction of large tanks to hold combined sewer overflows until they can be properly treated at the wastewater treatment plant.

Bihn is worried about the May rains that haven't been collected and have sent a mix of sewage into the waterways. It has phosphorous in it that can make toxic algae grow.

One of the most recent satellite images of Lake Erie shows water pouring into the lake from the Maumee River. That water has sewage and fertilizer runoff from farm fields, raising worries about a troubling algae bloom.

"The overflows are indicative of that. The heavy rains are indicative. The muddy waters, the wind is also keeping it churned up which isn't good because that which is already in the lake is re-suspending into the waters. And when the temperature hits the right point, I suspect we're going to see a pretty severe bloom," Bihn said.

As the calendar turns to June on Thursday, Bihn is hoping for drier and cooler weather that could ease fears of a severe algal bloom.