Coronavirus update | Schools closing for 3 weeks; gatherings of 100 or more people are banned in Ohio

5 people are confirmed to have COVID-19 in Ohio; 52 people are under investigation and 30 people have had negative tests returned. 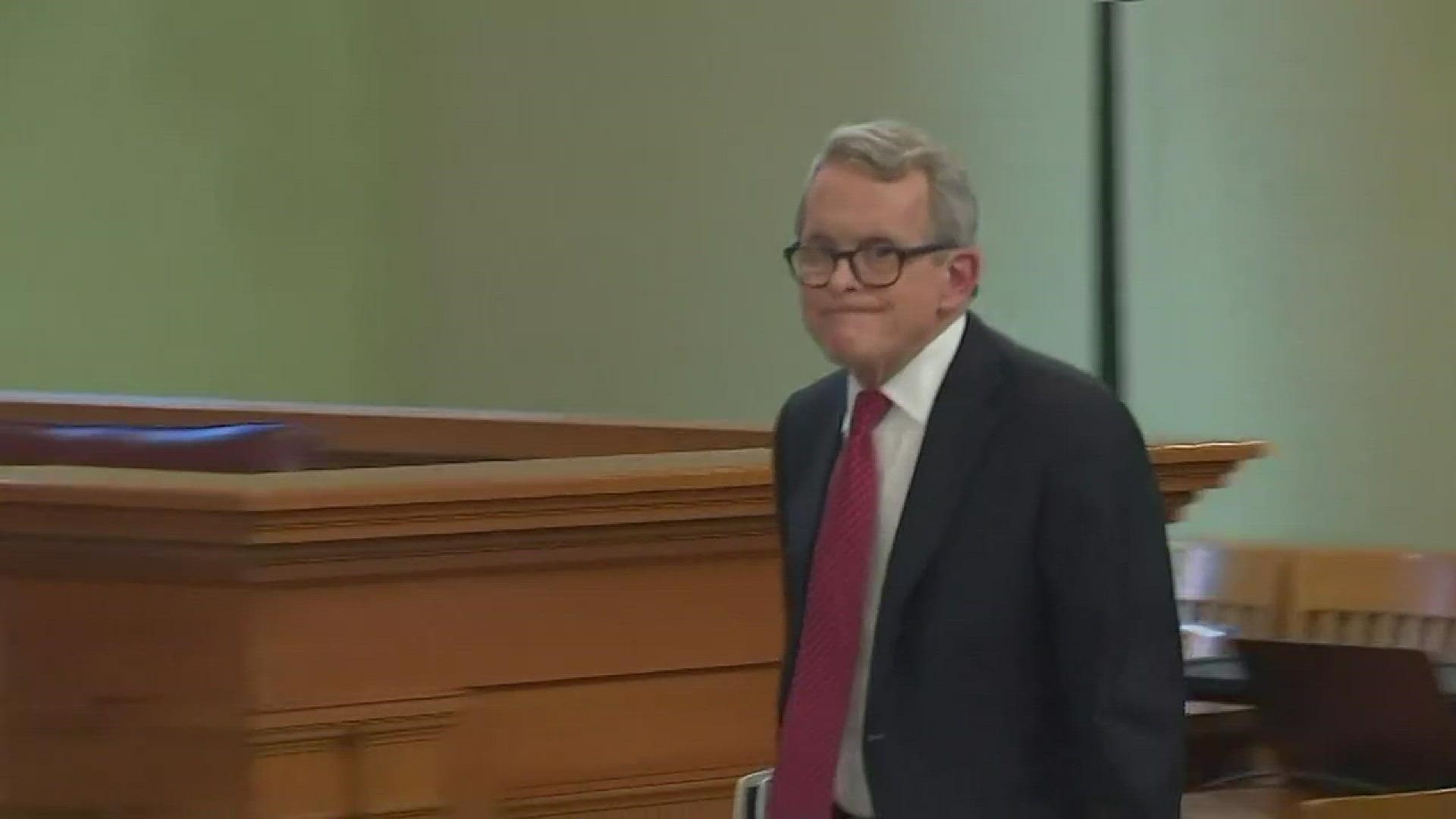 COLUMBUS, Ohio — Gov. Mike DeWine and Ohio Department of Health Director Dr. Amy Acton signed an order Thursday afternoon prohibiting mass gatherings of 100 people or more in the state of Ohio in an effort to stop the spread of COVID-19. The governor also ordered schools to close for three weeks starting on Monday.

The confirmed cases of COVID-19 in the state rose to five on Thursday. There are 52 persons under investigation and 30 people who have had negative tests returned. The fifth person who tested positive is a male patient at Mercy Health St. Joseph Warren Hospital in Trumbull County. He has no history of travel outside the state of Ohio.

As far as K-12 schools, the governor said the risk of death for a child that contracts COVID-19 is not very high; they are, however, potential carriers.  Ohio schools will close for three weeks — beginning at the conclusion of the school day on Monday, March 16 — until at least April 3.

"We are announcing today that children of the state will have an extended spring break of three weeks. This will begin this coming Monday (at the close of school). Each school will determine access to the building after that," he said.

The order encompasses all public, community and private K-12 schools in the state. However, it does not apply to Ohio's childcare system, such as daycare centers and home-based childcare providers.

During the extended break, schools are asked to work to provide education through alternative means and district leaders may make decisions on whether to use their school buildings. Staff should continue to report to school as directed by administrators.

"We want to thank educators and administrators for the extraordinary efforts they will take to continue offering services during this time of national crisis," DeWine said in a press release.

Over the next 72 hours, the Department of Education is expected to develop further guidance for schools to ensure the continuity of important students services, including a strategy for providing meals.

"We know it's disruptive to the families, but we have to do this if we want to slow this down," he said.

DeWine and Acton signed the order banning the group of people numbering 100. As of now, mass gathering are prohibited in the state of Ohio bringing together more than 100 people in one room.

This excludes shopping malls, airports, typical office environments, and schools, as those are defined as areas where 100 or more people may be "in transit." It does not include athletic events that exclude spectators. Immediate family members of athletic participants may be present. The order does not apply to religious gatherings, weddings or funerals.

"These numbers will grow," DeWine said. "We are told by medical experts, whatever the number is today, it will double in six days and that continues on and on."

At a news conference earlier Thursday, Toledo and Lucas County officials reiterated that there are no confirmed cases in our area, though testing has taken place.

"This is certainly an unprecedented time," Acton said. "This is the once in 50-years pandemic that we've been preparing for. But we've never seen a situation exactly like this."

Acton said the fifth case is a 55-year-old male from Trumbull County who is in intensive care. He has a family and children who are currently quarantined and many contacts.

"We have 30 negative tests and 52 people under investigation. I can't tell you the number of contacts, right now they are in the hundreds. We most definitely do have community spread."

Acton also said there are now 1,200 to 1,500 tests available and labs are going to three shifts to make testing available.

"We are asking people to stay at home in the hope that we stop the logarithmic spread of this disease," Acton said.

With Ohio's primary election set for March 17, Lt. Gov. Jon Husted urged early voting, but says that Election Day will go on as planned. He noted that more poll workers are needed, as many that were originally set to work fit in the profile of people who would be more susceptible to the effects of COVID-19 and will not be able to work the polls.

If you can help fill in, you are encouraged to visit the Secretary of State website. The elections are not considered a mass gathering, Husted said.

RELATED: AW student was in 'close proximity' to NBA player who has COVID-19

Jobs and Family Services is making a plea to the public to not come in to offices in person. DeWine encourages using phone and internet, barring emergencies.

DeWine also said that more stringent restrictions will be put into place soon to prevent people from visiting nursing homes, after nursing homes expressed to him that they needed more restrictions on visitors.

As far as state psychiatric hospitals, there will be no visitors allowed, DeWine said.

"The attorney general is prepared to enforce the law in Ohio (on price gouging). We would ask people again to remember we're all in this together. We're all in the same boat," DeWine said.

A letter will be sent to President Donald Trump in regard to relaxing federal regulations and inspections to eliminate person-to-person contact, such as inspectors that need to go building to building to conduct their inspections, DeWine said.

"I know this is hard because this virus is among us, but we can't see it yet," Acton said. "The measures the governor is taking are very decisive and you'll see fellow states taking these measures."

WTOL 11’s coverage of the coronavirus is rooted in Facts, not Fear. Visit wtol.com/coronavirus for comprehensive coverage, find out what you need to know about northwest Ohio and southeast Michigan specifically, learn more about the symptoms, and keep tabs on the cases around the world here. Have a question? Text it to us at 419-248-1100. 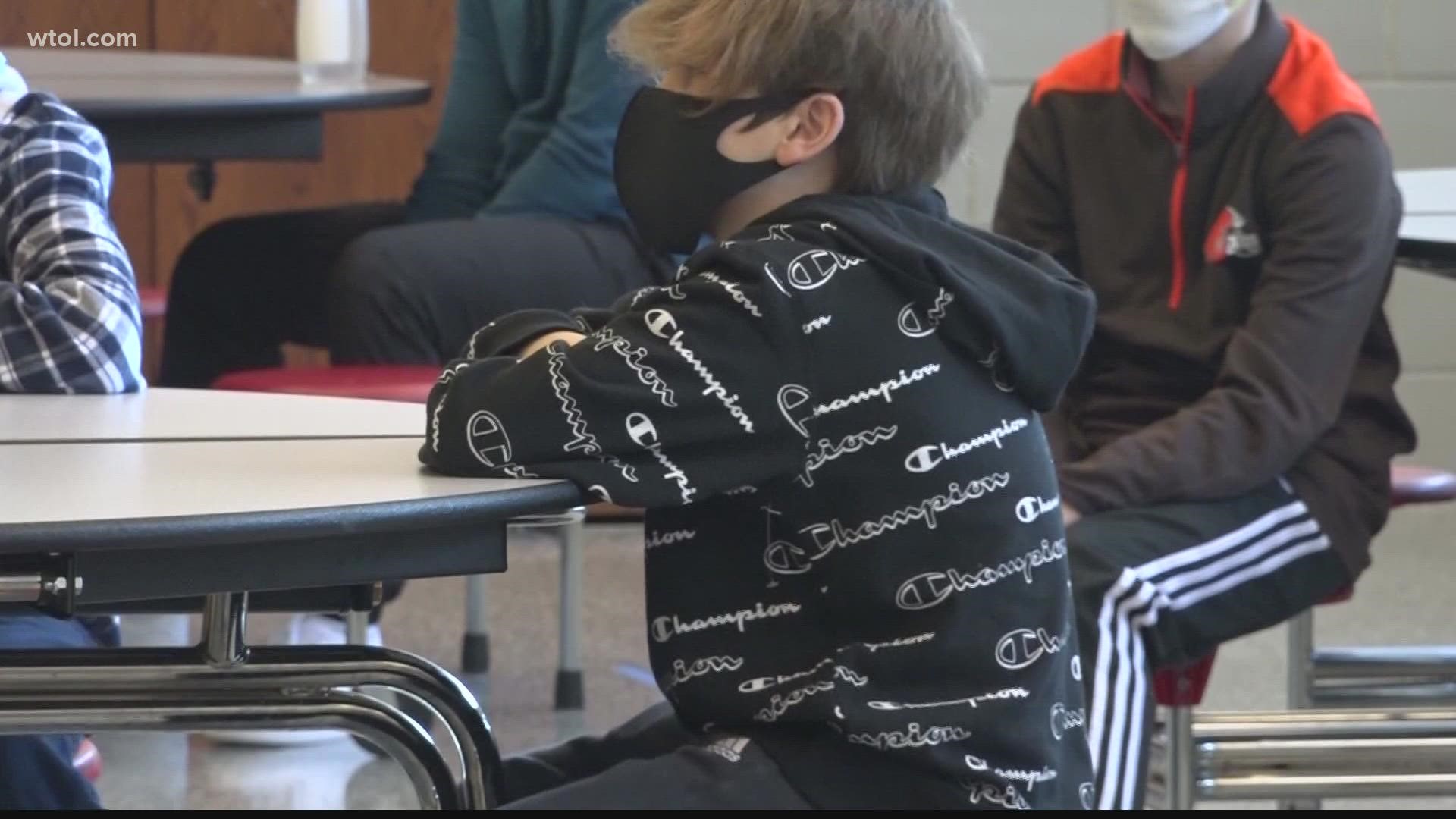