What does it really mean to be “unbroken?” 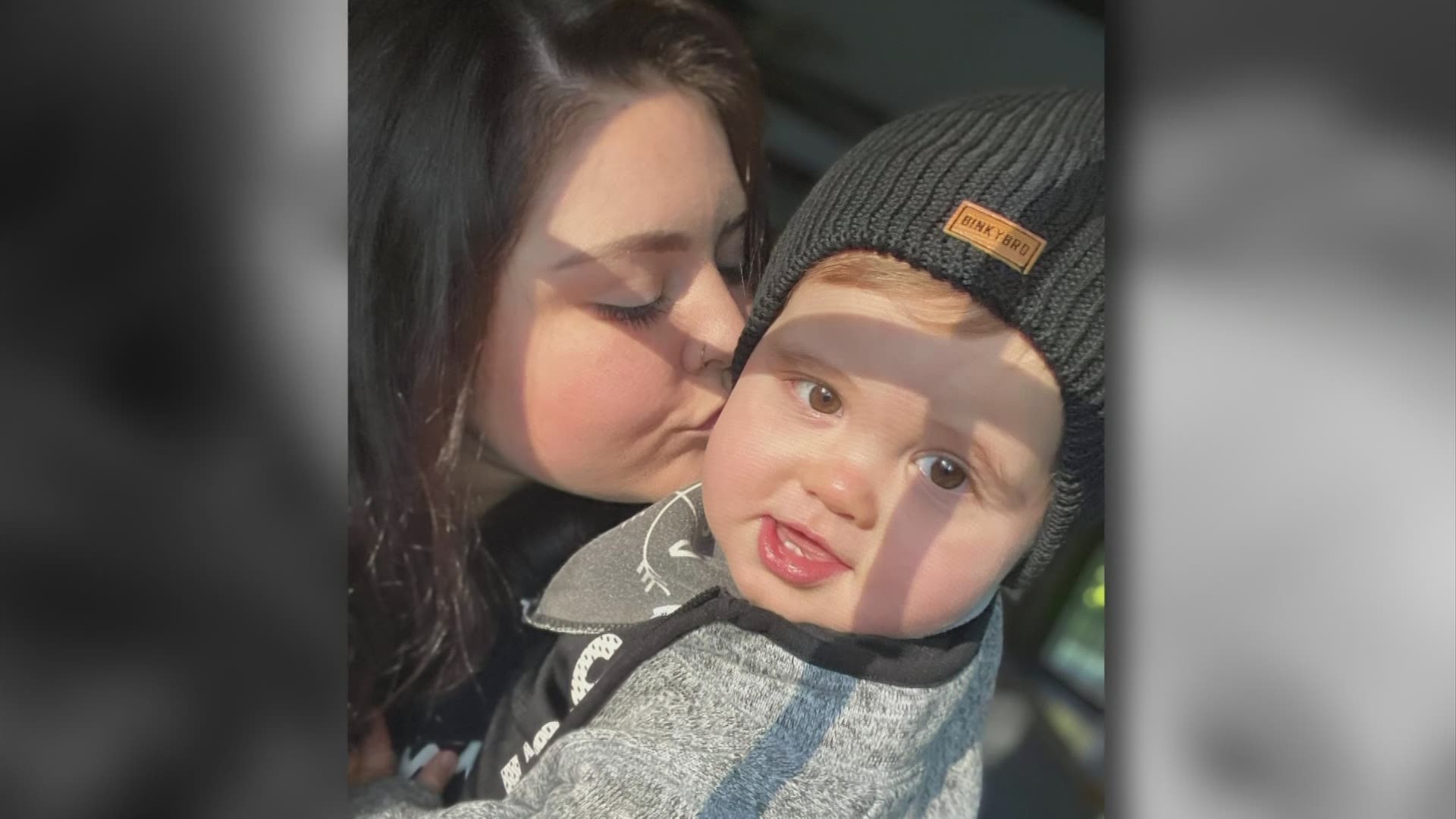 PATASKALA, Ohio — What does it really mean to be “unbroken” at a time when COVID-19 has taken so much, including jobs, lives and purpose?

“You can feel depressed and you can feel upset and all of that and that’s fine, but don’t live there,” Kris Bramlish said.

Bramlish knows how that feeling of loss can diminish your self-worth.

In March, after working at a bar for two years her employment stopped due to the pandemic.

She made the difficult decision not to return to work when it opened its doors again several months later.

“If you’re hurting really bad and you can’t physically work or you have to go to the emergency room for whatever reason, there wasn’t always a possibility of having that shift covered,” she said.

But Bramlish, who has a one-year-old son, Grayson, with her long-time boyfriend, Dylan, says she’s never not worked. Plus, with medical bills and medication costs, she says she knew she needed to do something.

Her love and passion for art became her inspiration while helping her deal with anxiety, depression and self-image.

“It was going to be for all my passions [and] all the different things that I wanted to do,” she said. “To give myself worth and to help make money for my family and take care of them.”

She started her own business manufacturing custom made designs on a shop on Etsy. It’s been up-and-running two months.

Her shop: All Things Kris Unbroken.

“And that is to basically tell you to never give up on yourself and to take a chance on yourself,” she said.

COVID has taken so much from so many. Bramlish, though, believes it has also given us a rare opportunity to be selfish and to focus on finding passion and pushing forward.

“[COVID-19] really sucked, but at that same point I think it gave so many people, and I think, it would give so many people a chance to get out of that comfort zone that maybe they’ve been super complacent with for years,” she said. “And this has allowed them to actually break free of that and start something new that they never would have started hadn’t COVID happened.”