'All Together' beer being brewed, sold as fundraiser 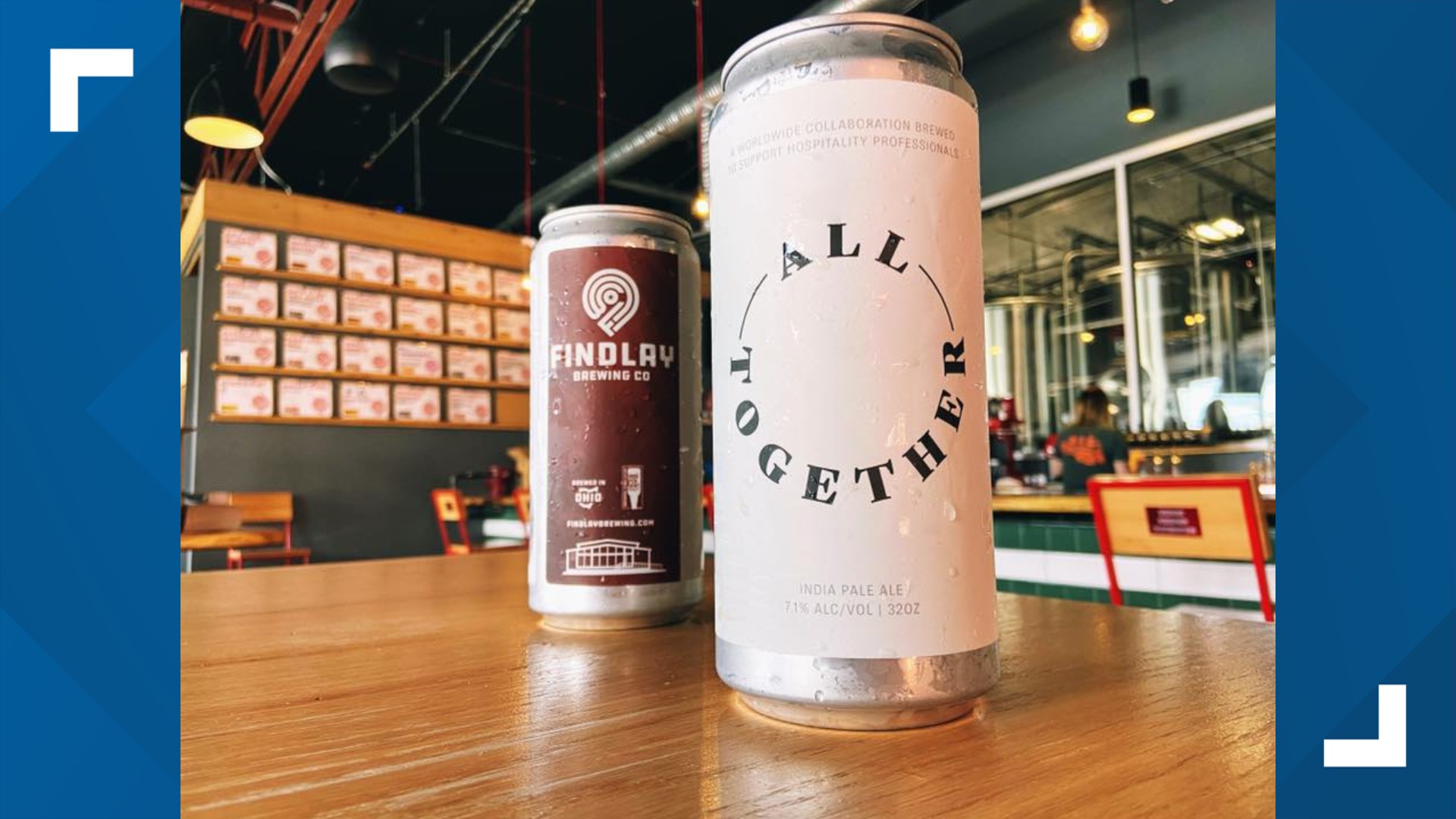 FINDLAY, Ohio — It's a worldwide initiative to raise funds for hospitality workers while allowing folks to enjoy a cold brew at the same.

It's called 'All Together,' an initiative started up by Other Half Brewing Company in New York City.

Last month, Other Half posted a base recipe for an IPA, along with labeling for cans as well.

The goal is for participating breweries to make and sell the simple beer, with proceeds of the sale going to hospitality workers funds.

"All they're doing is encouraging breweries to take this base recipe and put your own little twist on it, and then sell it to raise funds and awareness for hospitality workers during this time," said Sarah Foltz, taproom manager at Findlay Brewing Company

Currently there are more than 700 breweries taking part in All Together from 48 states and 51 countries.

Findlay Brewing Company is one of the local participants and their proceeds will be going toward the Restaurant Strong Fund created by Samuel Adams and The Greg Hill Foundation.

Their batch was ready to go on tap recently and they hope it goes quickly.

"We did a fundraiser not too long ago and we sold an entire batch in two days. So, we would love to fly through this an be able to make that donation sooner than later; so hopefully the community rallies around it," said Foltz

Along with Findlay Brewing Company, All Together beer is also being sold at Earnest Brew Works in Toledo, Wild Side in Grand Rapids and Inside the Five Brewing Company in Sylvania.