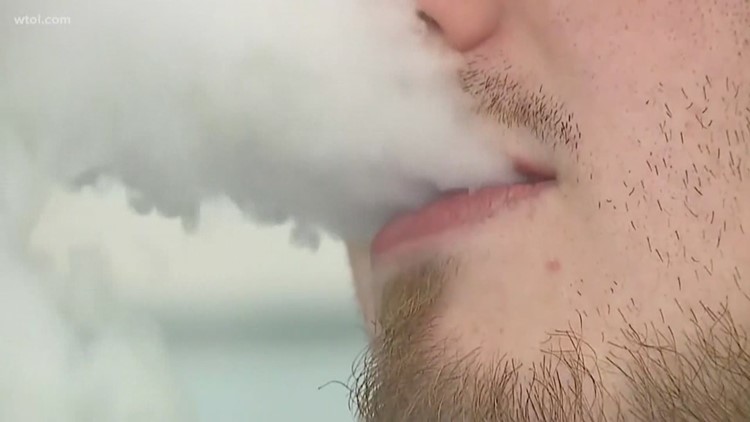 WASHINGTON — The U.S. Centers for Disease Control (CDC) is changing its recommendations when it comes to vaping. The agency is warning people to avoid e-cigarette and vaping products, specifically those from informal sources such as friends and online dealers.

Experts from the CDC removed language from their website that previously recommended people refrain from all vaping products during its investigation into vaping-related lung injuries. The agency released a report last week showing patients with vaping lung injuries tend to obtain products contained THC from those informal sources.

Researchers are warning people who vape to avoid adding vitamin E acetate to their e-cigarettes. The CDC has found the substance used to thicken vaping liquid has been "strongly linked" to lung injury cases.

The CDC further recommends adults using nicotine vaping products should as an alternative to cigarettes should not go back to smoking. Instead, the agency recommends they consider using U.S. Food and Drug Administration (FDA) approved ways of quitting instead.

A recent study that looked at a database of more than 705,000 adults, published by the American Journal of Preventive Medicine, found that in people who had never smoked regular cigarettes, e-cigarette use was associated with 75 percent higher odds of developing Chronic Obstructive Pulmonary Disease (COPD).

Another study, published in BMC Pulmonary Medicine, which included 400,000 adults who had never smoked regular cigarettes — and found that there was a 39% higher chance in current e-cigarette users of developing asthma than in people who had never vaped. The study also indicates that the more people vape, the higher their odds of developing asthma.