Ohio to start reopening process May 1, but what about schools? Gov. Mike DeWine to announce K-12 plan this week

K-12 schools have been closed throughout Ohio since March 16, but no plans have been announced about what happens after May 1. 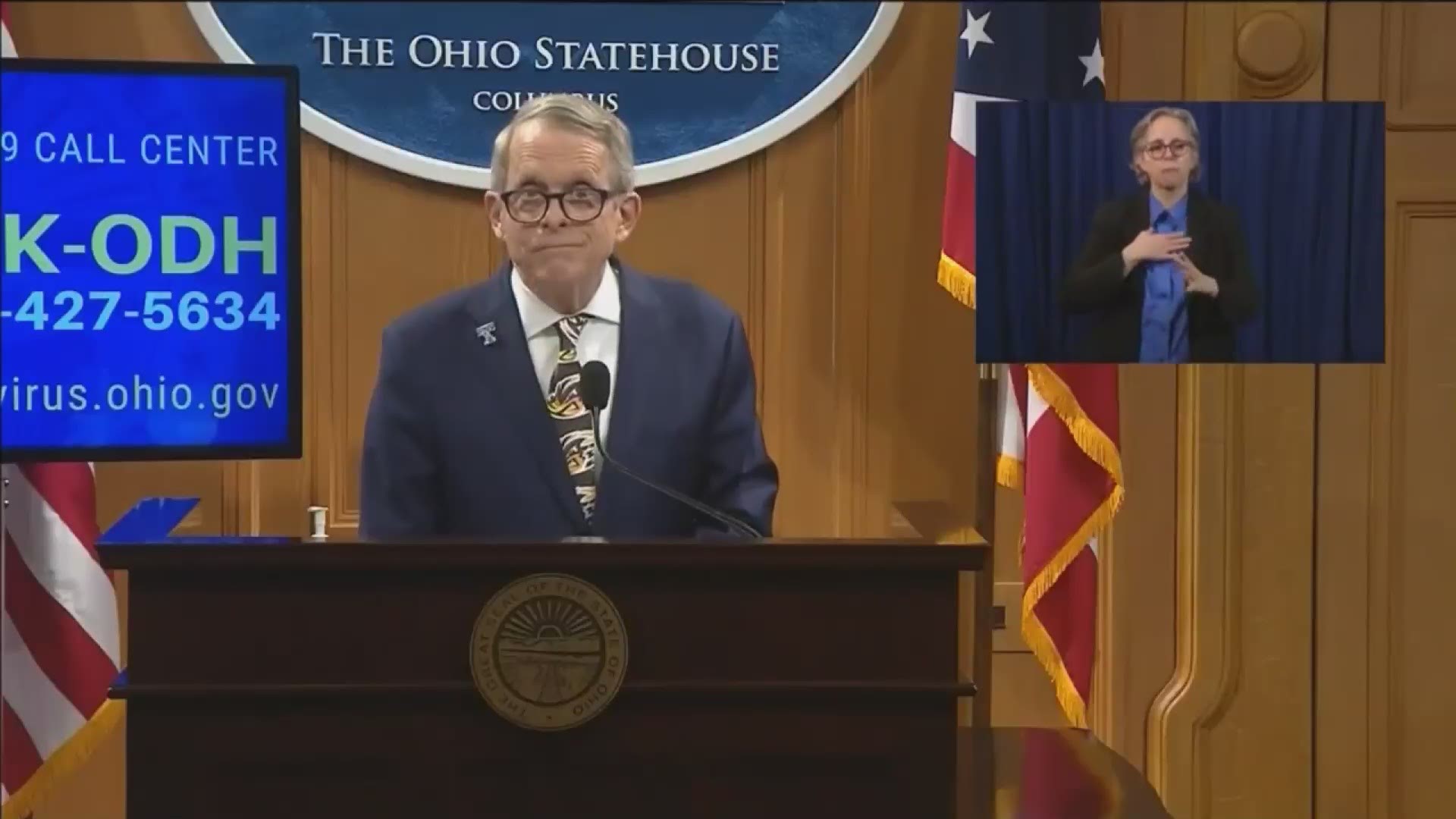 COLUMBUS, Ohio — May 1: That is the target date in which Ohio Gov. Mike DeWine plans to start the process of reopening the state and its economy.

"It's not that we're reopening the state, in that sense,” DeWine said Thursday afternoon. “But we want to do it in a way that engenders confidence in the people of the state of Ohio."

He didn't announce many additional details -- including no update on what that means for K-12 schools throughout Ohio, which are currently closed until May 1.

Will that closure be extended for the remainder of the academic year?

When asked to address concerned parents Friday, DeWine offered this brief response: "Fran and I have eight children, we have 24 grandchildren. We get it. We understand.”

RELATED: Is May 1 too early to start reopening Ohio? Here's what health experts in Cuyahoga County are saying

Gov. DeWine said more information on the plan for K-12 schools will be announced early this coming week.

All K-12 schools throughout the state have been closed since March 16 due to coronavirus concerns. Other states have already announced the closure of their schools for the rest of the academic year -- Florida joining that list Saturday.

Under President Trump's three-phase plan, reopening schools falls under phase two "for states and regions with no evidence of a rebound and that satisfy the gating criteria a second time."

Meanwhile, some critics have argued that May 1 is too soon to start reopening Ohio in any way due to low testing availability, lack of vaccine and continued community spread.

"I would just ask them to watch what I do and watch what the state does," DeWine said in response to those critics. "Watch how we do this. They have every right to think that what we're doing is wrong. But throughout this, we have been exceedingly mindful of human life and protecting the people of the state of Ohio."

He asked any Ohioans to let his team know if they feel the state's actions aren't moving in the right direction.

"If you think what we're doing is wrong, let us know. Let the news media know."

You can watch DeWine’s Friday press conference in the player below:

RELATED: The key to your home-school setup? Keep it simple