Gun shots ring out at Savage Park in central Toledo

One person was shot in the arm and was taken to the hospital with non-life threatening injuries. 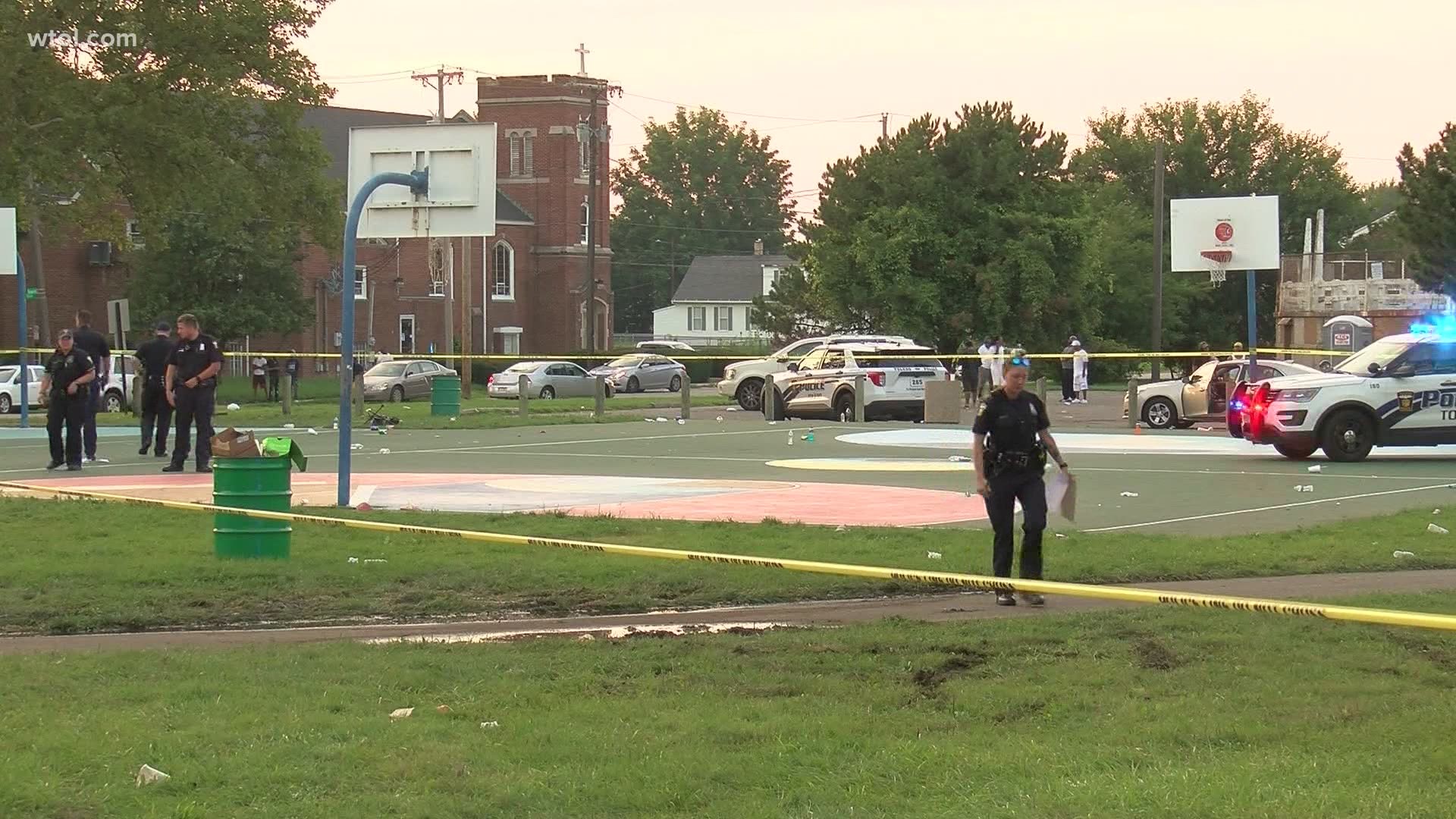 TOLEDO, Ohio — One person was shot at Savage Park in central Toledo on Sunday evening as hundreds of people were gathered to watch a city basketball game.

Toledo police were called to the park after three Shot Spotter Alerts notified crews that a total of 23 rounds were fired.

When officers arrived, they found 40-year-old Antonio Boone suffering from a gunshot wound to his arm. He was taken to the hospital with non-life threatening injuries.

Several vehicles were also hit at the time of the shooting.

Police cordoned off a large section of the park and were investigating near the basketball court.

RELATED: Two people die from a shooting in east Toledo

Witnesses say a basketball game was going on at the park when shots rang out.

Harvey Savage, a candidate for Toledo City Council says he was at the game. He estimates about 200  to 300 people were there.

Describing the mood of the evening Savage says, "it was generally good. All the children were given free treats. I was given a hot tamale. Basketball game was being played. People were happy and entertained."

A witness who was at the park at the time told WTOL 11 their car was hit by multiple bullets.

The incident happened around 8:15 p.m.

The CityPark League did have a basketball game scheduled at 6 p.m. at the park on Sunday.

In addition to Sunday night's shooting, there were multiple shooting incidents earlier in the weekend. Two people were killed in east Toledo on Saturday night.

A woman was also shot in central Toledo on Saturday.

This is a developing story. Stay with WTOL 11 for more information as it becomes available.