Bill Kunkle, 69, says someone threw a brick through his window that displayed a Trump 2020 sign and kicked his door off the hinges. 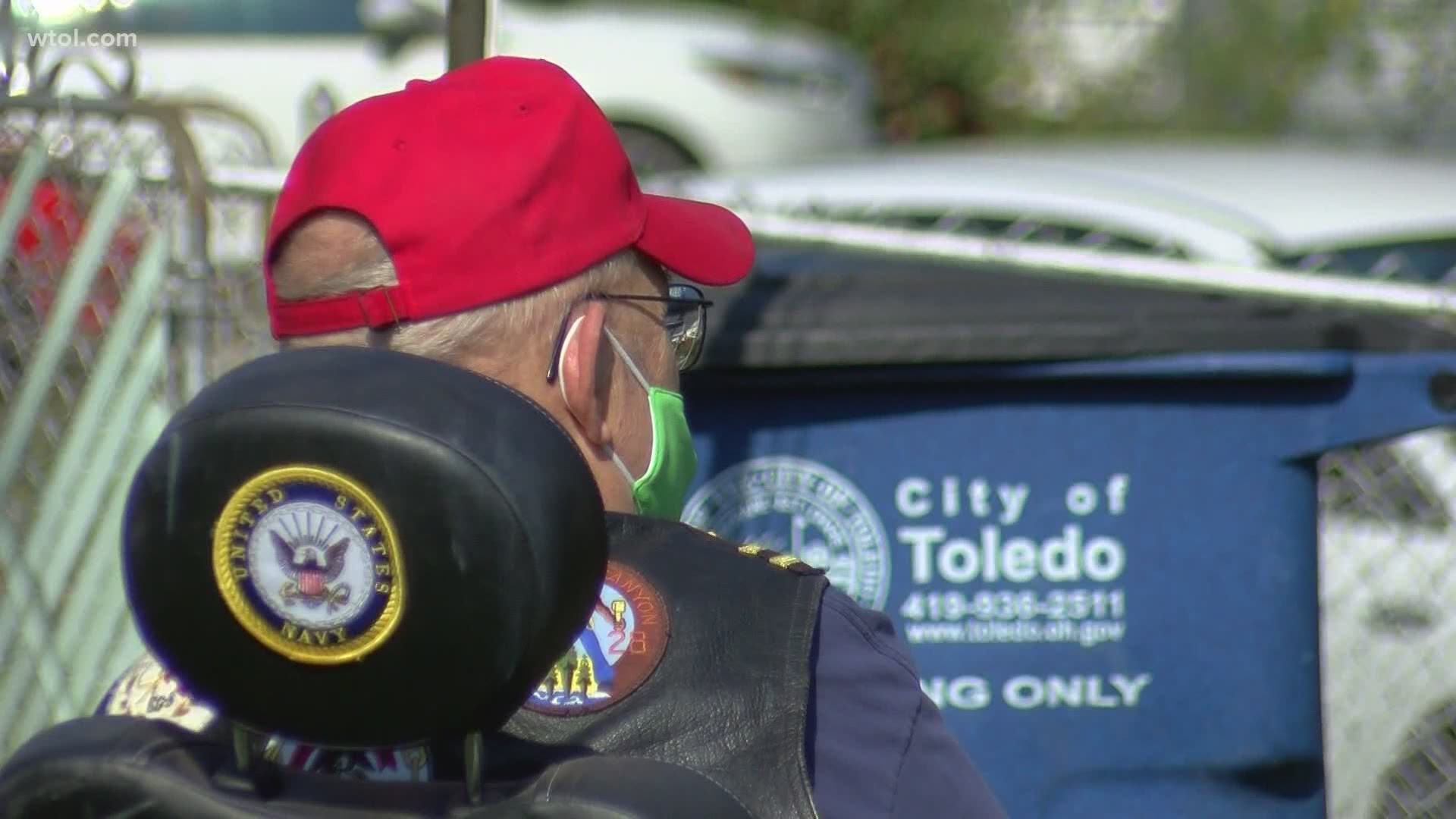 TOLEDO, Ohio — A disabled, retired veteran is hoping police catch whoever damaged his home in Toledo. He believes he was targeted because he's a supporter of President Donald Trump.

Bill Kunkle, 69, stopped putting political signs in his yard because two of them had already been stolen this year. Instead, he placed his Trump 2020 sign on the inside of his enclosed porch so it wouldn't get snatched.

It was on display in the window for months before Tuesday night, when someone threw a brick through the glass. The sign was knocked down.

The suspect also kicked his side door off the hinges.

"All I can think of is, what if I'd been in that laundry room when that steel door came flying open or if I'd been in the porch and that brick would've hit me? I don't like spending time in hospitals," Kunkle said.

Kunkle wishes people could be civil even if they disagree on politics. Damaging property or threatening lives is just going too far, he says.

"When I was growing up, people disagreed but they didn't get nasty about it. Nixon and John Kennedy were buddies when they were in Congress together. Kennedy's father, Joe Kennedy; he contributed to Nixon's campaigns. A lot of people don't know that."

Kunkle didn't see who damaged his property. He decided to no longer display pro-President Trump signage so he won't be targeted.

After this experience, he'd rather express his support for the president verbally or on his clothing.

No arrests have been made.