Ohio's 'stand your ground' law is in effect - What does it mean for law enforcement and communities of color?

Ohio became the 36th state to no longer require people to retreat before they can justifiably hurt or kill someone with a gun in self-defense. 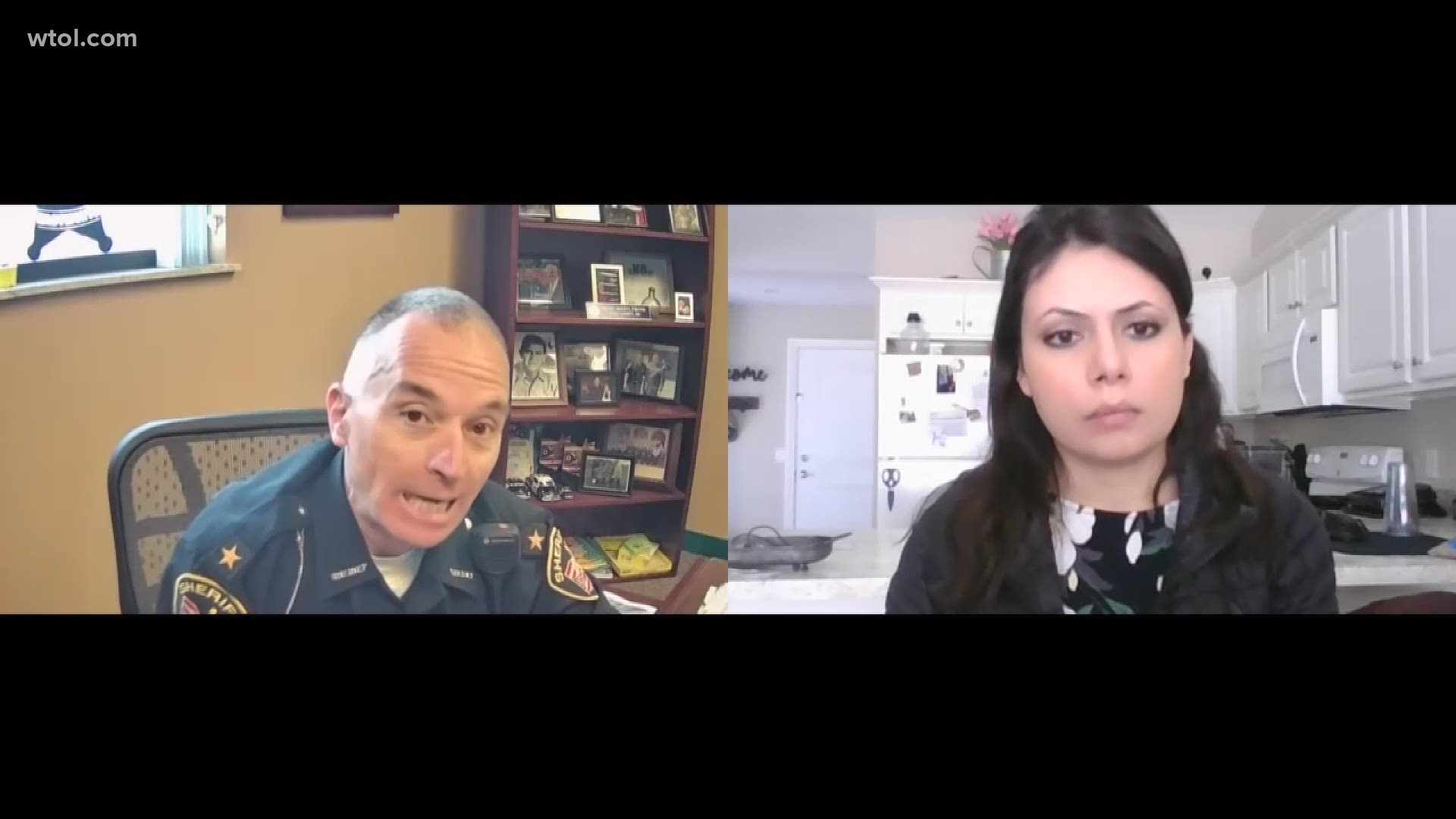 OHIO, USA — A law expanding where Ohioans can use lethal force in self-defense went into effect Tuesday.

The measure expands the so-called “stand your ground” right from an individual’s house and car to any place, “if that person is in a place in which the person lawfully has a right to be.”

Governor Mike DeWine signed Senate Bill 175 into law in January, after previously hinting he would veto the bill.

"I have always believed that it is vital that law-abiding citizens have the right to legally protect themselves when confronted with a life-threatening situation,” said DeWine, at the time. “While campaigning for governor, I expressed my support for removing the ambiguity in Ohio's self-defense law, and Senate Bill 175 accomplishes this goal. That is why I have signed this bill today."

The decision was made despite DeWine’s ongoing criticism of GOP lawmakers for ignoring his own legislation seeking to toughen background checks and boosting penalties for felons committing new crimes with guns.

Republican lawmakers and gun rights groups praised DeWine for signing the bill. Democrats, mayors and Black lawmakers have strongly criticized him for the move.

“It's like returning to the wild, wild west,” said Bradshaw.

Not only do Ohioans no longer have a duty to retreat under the law, but they can also use lethal force anywhere they are legally allowed to be if they fear great bodily harm.

“Lethal force is justified if you have an honest and reasonable fear that you are in immediate danger of death or great bodily harm,” said Reick.

A 2012 study published in the Journal of Human Resources found, “the laws do not deter burglary, robbery, or aggravated assault. In contrast, they lead to a statistically significant 8 percent net increase in the number of reported murders and nonnegligent manslaughters."

That said, not a single Democrat voted for the bill in the Ohio House or Senate.

“This law, in my opinion, gives permission to shoot first and ask questions later,” said Senator Teresa Fedor (D-Toledo). Fedor said she voted against the bill after hearing concerns from communities of color.

“This law allows an excuse for white people who are fearful of people of color to act on your fear,” Fedor said.

CASE STUDIES - WHO IS AFFECTED?

The Social Science in Medicine looked at Florida’s Stand Your Ground Law, and concluded: “Individuals (i.e., defendants) in Florida were more likely to avoid charges if the victim was Black or Latino but not if the victim was white. Indeed, individuals are nearly two times more likely to be convicted in a case that involves White victims compared to those involving Black and Latino victims.”

But, do these kinds of laws lead to more homicides in communities of color, as opponents of the bill claim?

A study in the Journal of Human Resources found white men are more disproportionately impacted as a result of the laws than any other group.
Most law enforcement unions and the Ohio Prosecuting Attorneys Association testified against the bill, calling it a blow to public safety.

“The bill prohibits the jury from considering whether the person could have retreated,” said Louis Tobin, executive director of the Ohio Prosecuting Attorneys Association.

“But a jury is going to look at whether or not lethal force is reasonable. This is not a get out of jail for free card,” says Reick.

“If you are in a situation where you honestly believe that your life is about to end, there shouldn't be any additional legal requirements for you to consider at that time. That's really giving the attacker more rights than you have,” said Reick.

Ohio has now joined more than half of the U.S. in passing similar laws.
“We think we've seen blood recently; we haven't seen anything yet,” said Shela Bradshaw.

The law is new but at this point, the Sheriff of Wood County, Mark Wasylyshyn said that he doesn't see any issues or dangers with it from a law enforcement standpoint because deputies arrive at scenes after the fact.

"We have very few issues with people or no issues with the law-abiding people who are carrying concealed weapons," Wasylyshyn said. "It's the ones that aren't legally carrying that tend be 99 percent of the problem which those people aren't going to follow rules or laws that you have anyway."

But the burden will now be placed on the prosecution now more so than before.

"People before had to be able to show that 'Hey my life was in danger, I didn't have a way to get away from a situation. My only option was to use deadly force.' Now it's going to be up to the prosecutor to show this person wasn't justified in using it," Wasylyshyn said

The sheriff hopes the new law will discourage someone from committing a crime against someone else.