Police say the alleged gunman, Timothy Simmons called 911 to report the shooting. Simmons is being held on a $1M bond. 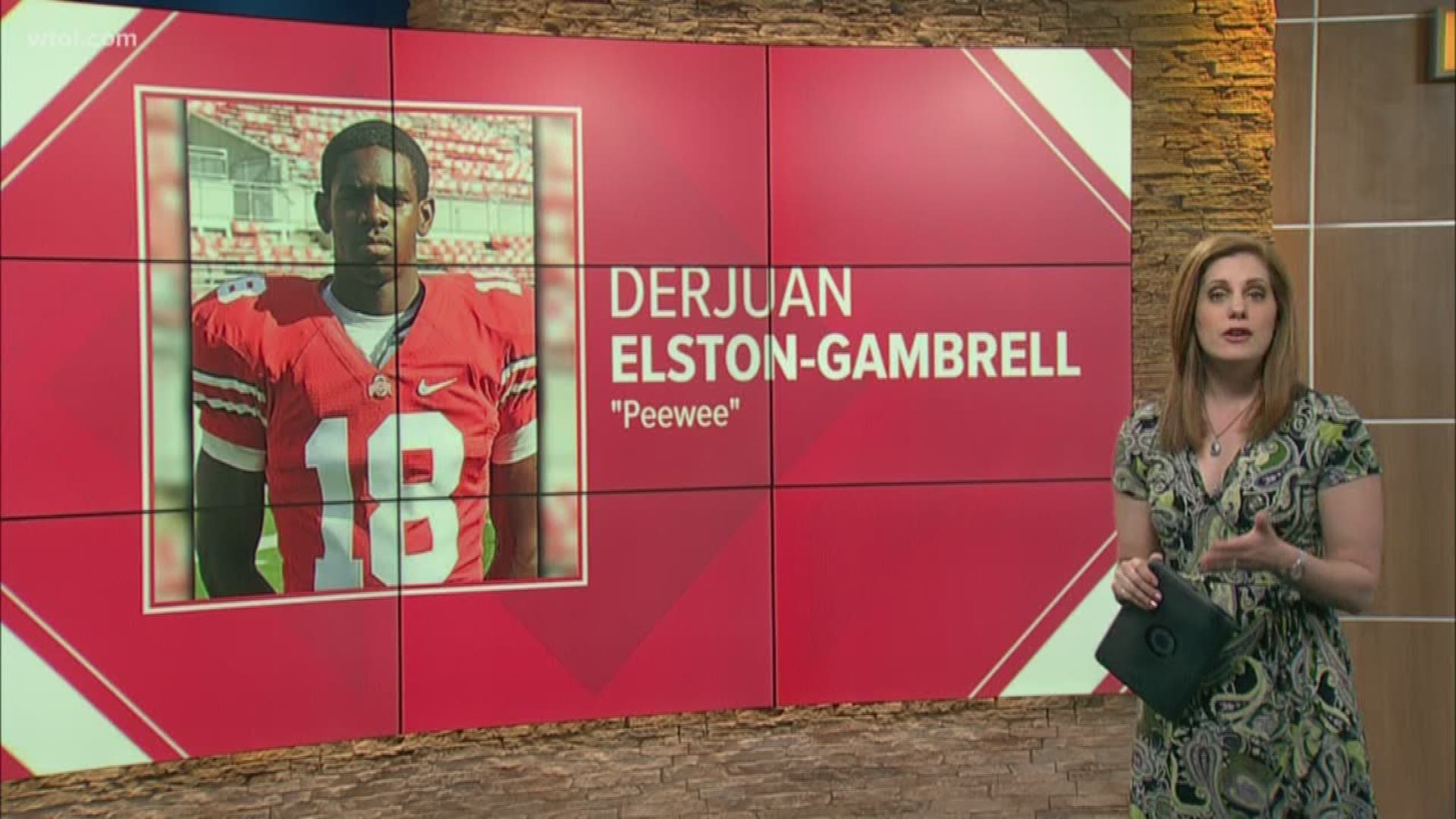 TOLEDO, Ohio — A man is in custody after a Fourth of July shooting in central Toledo that claimed the life of former Rogers High School and OSU football standout Derjuan Elston 'PeeWee' Gambrell.

Police arrived to the 2000 block of Elliott on Thursday to find 27-year-old Elston-Gambrell suffering from a single gunshot wound to his abdomen.

“The victim was in a relationship with the suspect's sister. There’s domestic violence charges that were filed recently, so the brother went to address those concerns with the victim and it ultimately resulted in the suspect shooting the victim,” said TPD Lt. Kevan Toney.

Police arrived at Simmons' house and took him into custody on a felonious assault charge.

Police say a charge of murder will now be filed against Simmons following Elston-Gambrell's death.

Simmons is being held on a $1 million bond. He will be back in court on July 12.

Elston-Gambrell, was a track and field athlete and a former All-Ohio football player at Rogers High School.

He played college football for a time at Oho State, best known by his nickname "PeeWee" Gambrell.

His former Rogers High School coach, Rick Rios, recalled that Gambrell had the "heart of a champion."

"What I will remember PeeWee by is his playfulness and casual demeanor until he stepped on the field. Then he was all business and had the heart of a Champion! Was part of my last class at Rogers. Was one of those kids who made everyone around him better!” Rios said.