Isaiah Sierra has been indicted for murder after the girl died of injuries reported on Dec. 6. She sustained a fractured skull and detached retinas. 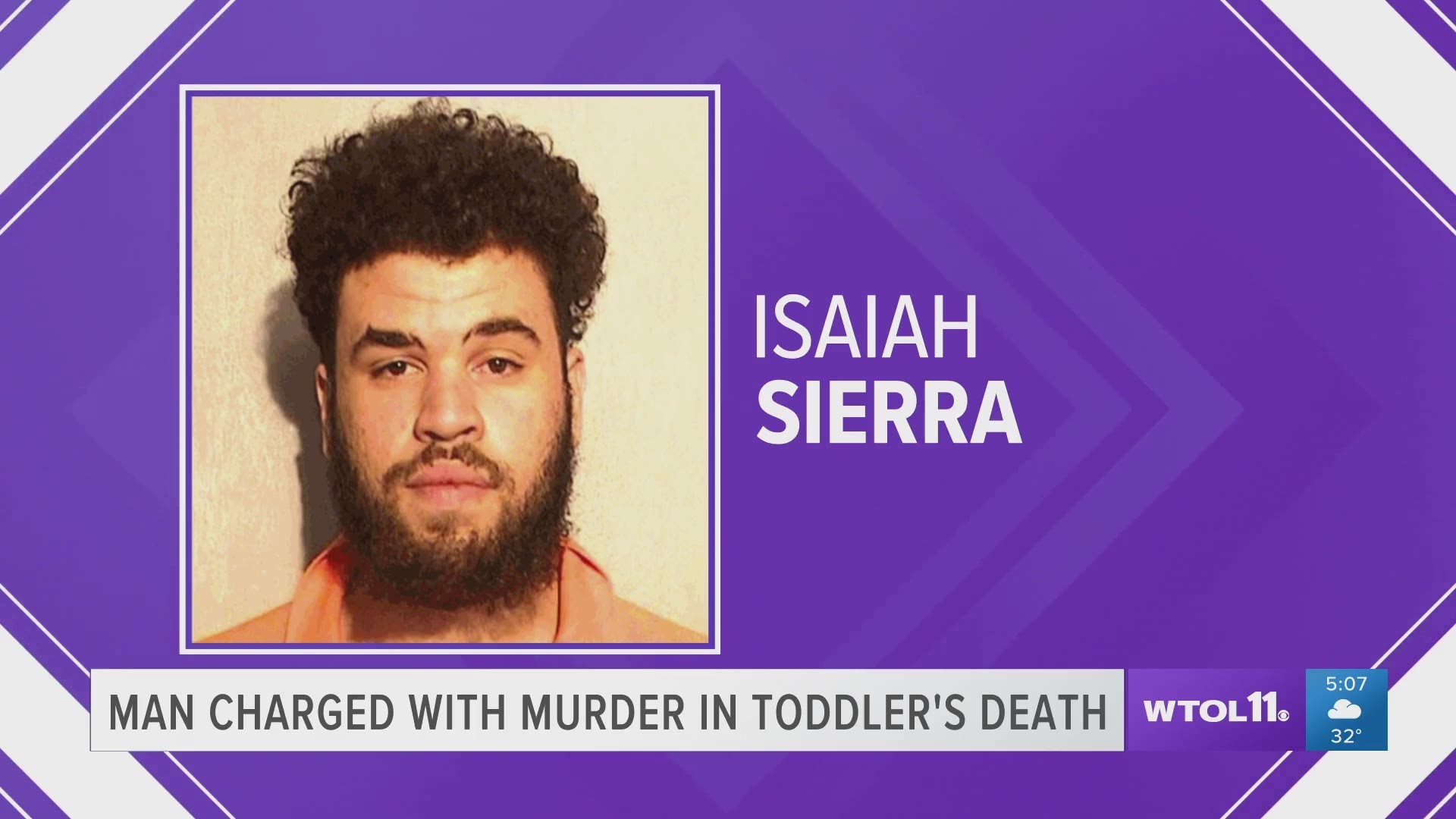 A 2-year-old girl who was seriously injured at Westland Gardens has died from her injuries and a man has now been indicted for her murder and two related charges.

Isaiah Sierra, 23, was arrested and charged with murder in the case, which was reported Dec. 6.

On Jan. 7, Sierra was indicted on charges of murder, endangering children and felonious assault.

The Lucas County Coroner has preliminarily ruled the death to be a homicide caused by abusive head trauma.

At the time, Sierra was taken into custody and charged with endangering children, a second-degree felony.

Sierra admitted to a detective to tossing the two-year-old girl into the air and dropping her, causing her to hit her head on the floor, according to a complaint filed by police. He then "aggressively" shook the girl several times.

Sierra is the boyfriend of the child's mother.

According to Toledo police, there have now been 61 homicides in Toledo in 2020.