A jury found him guilty of the abduction and murder of 20-year-old Sierah Joughin. His attorneys now say evidence presented at his trial was insufficient.

FULTON COUNTY, OHIO, Ohio — This week marks a somber anniversary in our community. Four years ago on July 19, 2016, Sierah Joughin went missing while out on a bicycle ride on County Road 6 in Fulton County.

Police found her body three days later in a shallow grave in a field, not far from where she was taken.

James Worley was indicted by a Fulton County grand jury on Aug. 16, 2016, on 19 counts related to the abduction and murder of the 20-year-old Metamora resident.

On March 27, 2018, Worley was found guilty on all counts and was sentenced to death. He was to be executed on June 3, 2019, but a long appeals process has delayed his death date. As inmate #A743593, he resides at Chillicothe Correctional on death row.

Now, his attorneys are seeking a new trial. Worley's attorney filed an update with the Ohio Supreme Court last week that asks the court to overturn his sentence and grant him a new trial.

His attorneys claim there was not enough evidence in his trial to find him guilty of the abduction and murder of Sierah Joughin. 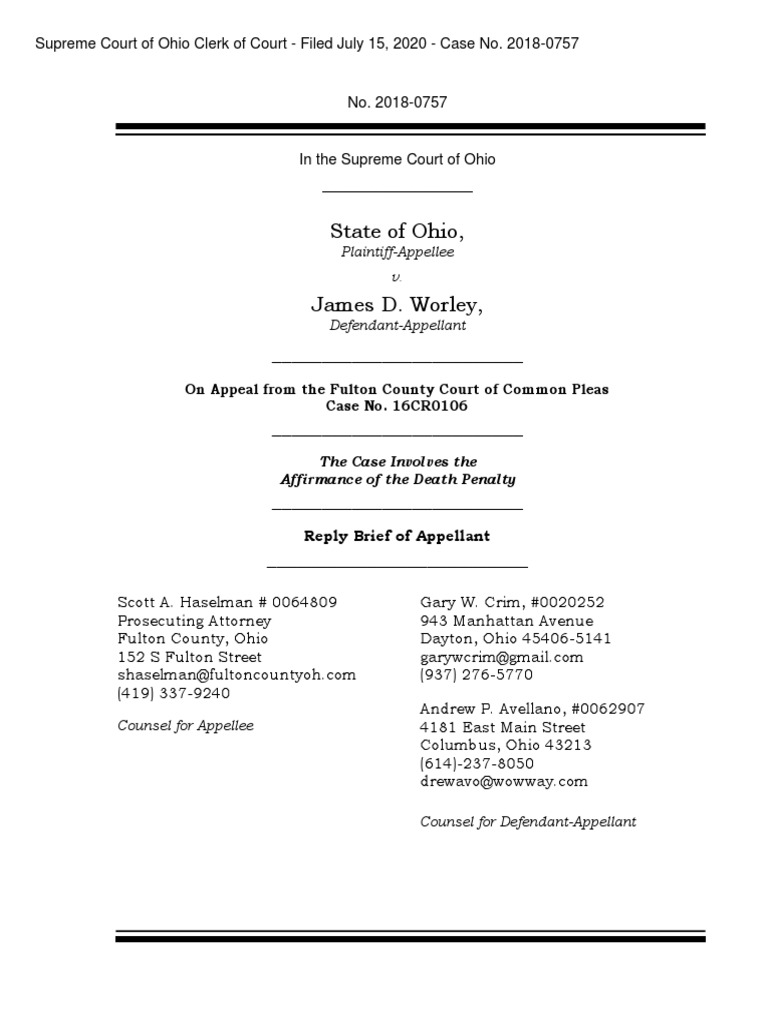 In the 51-page brief that was filed July 15, his attorneys, Andrew P. Avellano and Gary W. Crim, assert the following as reasons the Supreme Court of Ohio should overturn the verdict and permit a new trial:

It's unclear what the timeline is for this appeals process, as the coronavirus pandemic is slowing some justice system proceedings.

RELATED: Man accused of killing Sierah Joughin back in court as attorneys prepare for Jan. trial