The owners of Buffalo Rock Brewing aim to open by spring at the site of a long-vacant car wash on the Anthony Wayne Trail. 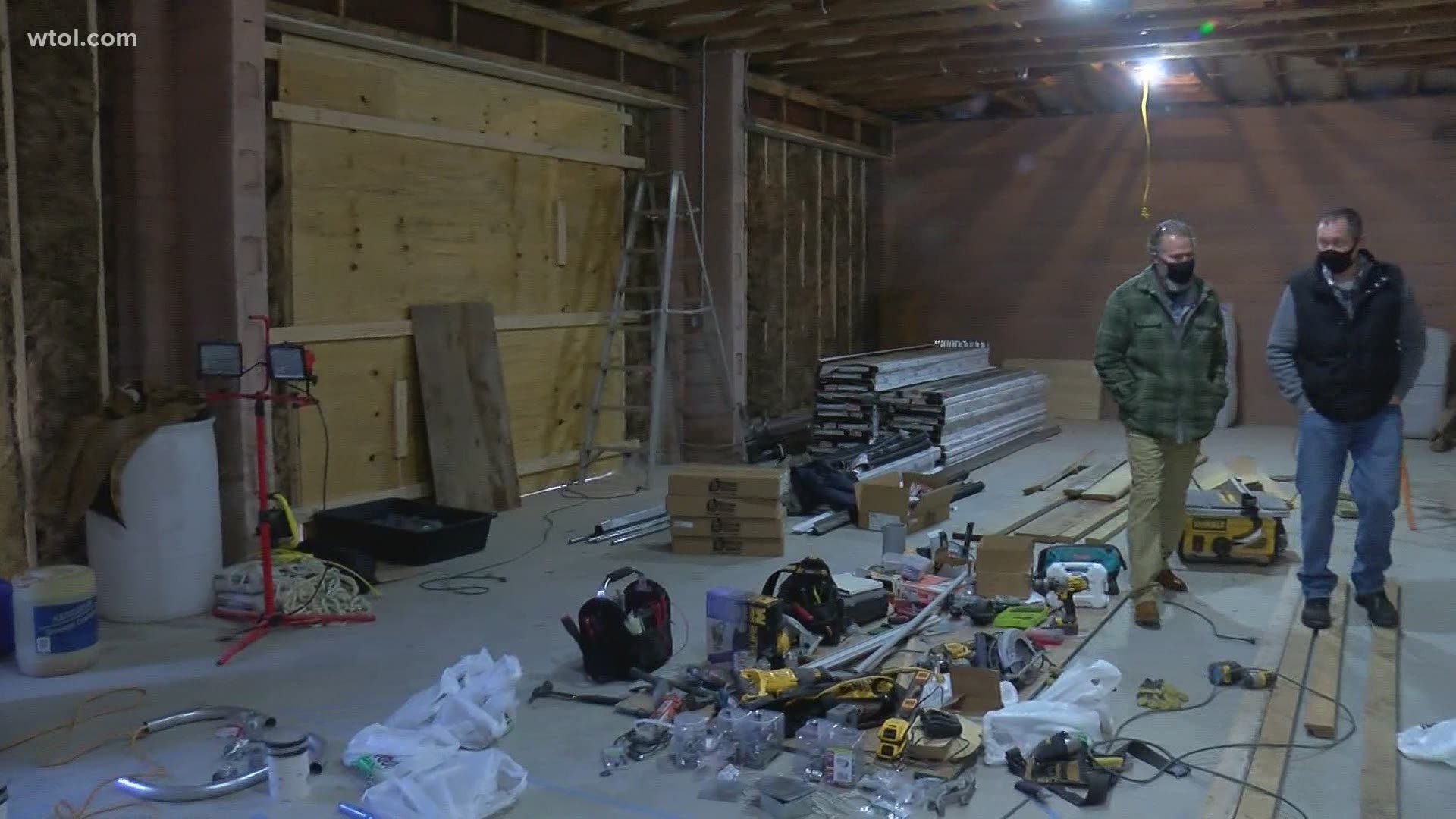 WATERVILLE, Ohio — A new brewery is coming to Waterville.

Buffalo Rock Brewing will be opening at the site of a long-vacant car wash on the Anthony Wayne Trail, just north of the Dollar General. The goal is to open by spring.

Owners Troy Burns, Tim Burns and Brian Wilson recently bought the building and are working to transform it into a brewery and taproom.

The former car wash has sat empty for at least seven years and they're doing most of the work themselves. There's a lot of work to be done.

Burns and crew found the building didn't have a foundation so they had to pour a new one. They replaced the floors and are outfitting three of the former car wash bays with modern glass garage doors that can be opened, weather permitting.

The name Buffalo Rock comes from a part of Waterville's history, Roche de Boeuf. Roche de Boeuf is a limestone landmark on the Maumee River in Waterville. The French phrase translates to Buffalo Rock, the inspiration for the name behind the newest brewery in town.

The owners are from northwest Ohio and live in and around Waterville.

The owners explain they want to stay connected to their community. They're planning on bringing in food trucks and live music while working to build a kitchen down the road. They also plan to have a small patio in front with a larger outdoor area behind the building.

Troy Burns says he and his partners will focus on brewing a variety of beers inside, from hoppy IPAs to unique spicy pepper brews and everything in between.