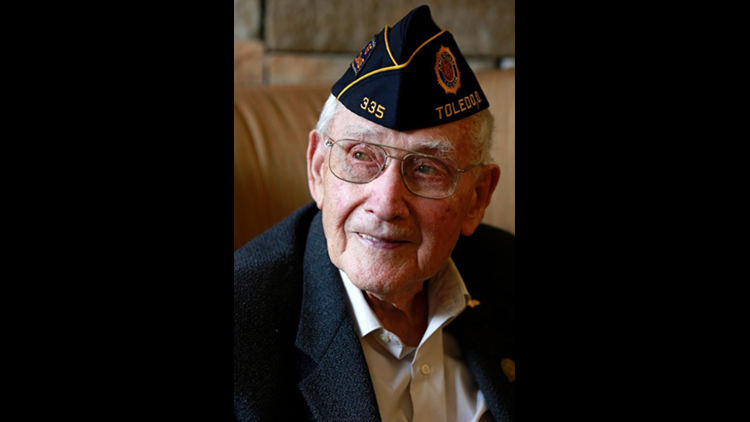 TOLEDO, OH (WTOL) - A World War II veteran is about to be apart of history again this weekend.

Bob Barger 96, will be graduating from the University of Toledo with his associate's degree on Saturday. He is believed to be the oldest UT grad in the history of the school.

Barger  served as a Naval Aviator in the war and came home in 1946.

After getting a career going and then marrying his wife and having kids and taking care of the mortgage, he never graduated from college.

Or so he thought.

Barger had a good carer in sales and as time went by, finishing his degree just wasn't a good fit.

"I never thought I'd go back. I had all I wanted. I was in sales and had good customers," Barger said.

Awhile back, he met with Haraz Ghanbari, Director of military and veterans affairs at UT..Ghanbari asked Barger to present his promotion to Lieutenant in the Naval Reserves.

Barger admitted he'd attended UT but left school and never graduated. After hearing that Ghanbari took it on himself to investigate.

"We had to pull his transcripts from archives. Took awhile to do that.  We didn't have an associates degree but recently the university college added that," Ghanbari explained. "So Bob earned enough credits way back when to qualify to graduate."

And with that, Barger will walk out on the stage Saturday for his diploma all while being escorted by Ghanbari.

The UT student veterans chipped in to buy Bob's cap and gown.