Halloween falls on a Saturday this year, and it also comes with a full moon. 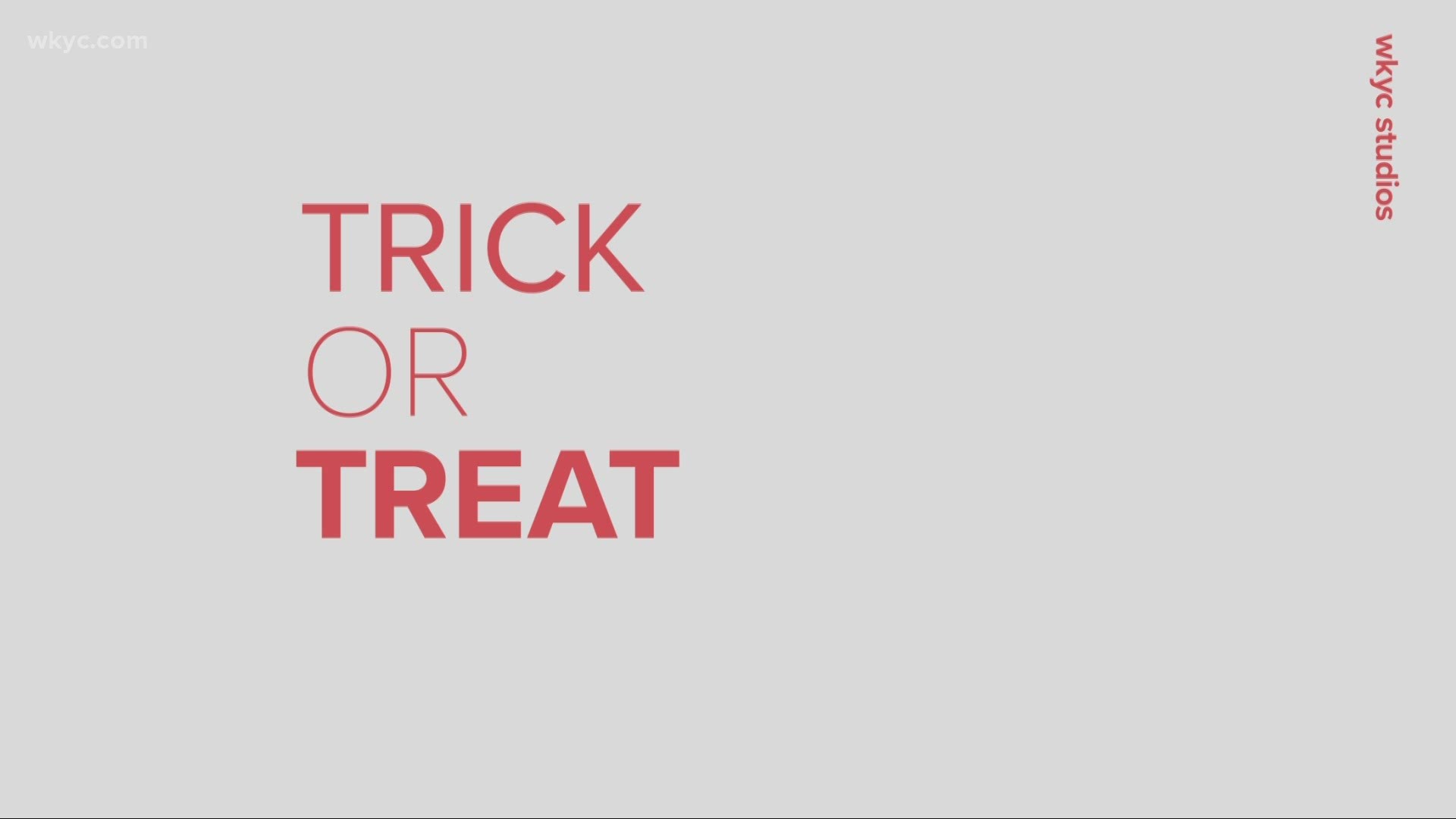 NORTH CANTON, Ohio — It has been a hotly debated topic for weeks now: Should trick-or-treating be canceled this Halloween season due to the COVID-19 pandemic?

Los Angeles has already announced a ban on trick-or-treating and other Halloween-related attractions this year. But what about here in Northeast Ohio?

Gov. Mike DeWine has not yet offered any specific guidance for Halloween activities like trick-or-treating or indoor haunted attractions, leaving many Ohioans left wondering if our favorite fall traditions will be able to go on.

The city of North Canton is among the first in Northeast Ohio to answer that question. North Canton's mayor has confirmed they plan to move forward with trick-or-treating this year on Saturday, Oct. 31 from 3-5 p.m.

“I think this is an activity, with all the restrictions that we have, I think this one could still occur,” North Canton Mayor Stephan Wilder tells 3News. “For such a traditional experience of Halloween, I have all the confidence that our community will watch out for each other and maintain that families and children can have a safe activity.”

He said that trick-or-treat has always been an opt-in activity, so those who don’t feel comfortable with welcoming candy-seeking youngsters simply don’t have to.

“You don’t have to participate,” he said. “For anybody who doesn’t want to participate in that evening, as in the past, many people just don’t answer their doors or their lights aren’t on to indicate that they are participating.”

Do you think trick-or-treating should be canceled this year? Tell us by commenting on the post below:

He said the need for facial coverings could also be a fun element to incorporate with costumes this year.

“If anything, it might be a time to really decorate a facial covering for Halloween – something really different that young people could be creating. You may not need a Darth Vader mask. You might be able to make something yourself.”

All that being said, Wilder added he would not hesitate to cancel North Canton’s trick-or-treat if there’s a spike in COVID-19 cases.

“We’re far enough ahead that if I have to cancel this, I will.”

On the flip side, officials in Summit County’s Copley Township announced Wednesday there will not be a community-sponsored trick-or-treat night this year. Individual neighborhoods, however, are still permitted to organize their own.

The reaction to Copley's announcement has been mixed.

"This is ridiculous!!" one person wrote. "Trick or treat can totally be done with social distancing!! Who is making these decisions?! We need normalcy!! Kids and families need something to look forward to. Shame."

"Thanks for the update," another wrote. "The kiddos will have a great time next year."

Copley has also canceled its annual Halloween in the Park event due to COVID-19.

Halloween has already taken a hit with multiple attractions canceling their plans, including Cedar Point's HalloWeekends and Bloodview Haunted House in Broadview Heights. Cedar Point, however, hasn't canceled their Halloween festivities. Instead, the park has announced its all-new Tricks and Treats Fall Fest for 2020. See a sneak peek below: