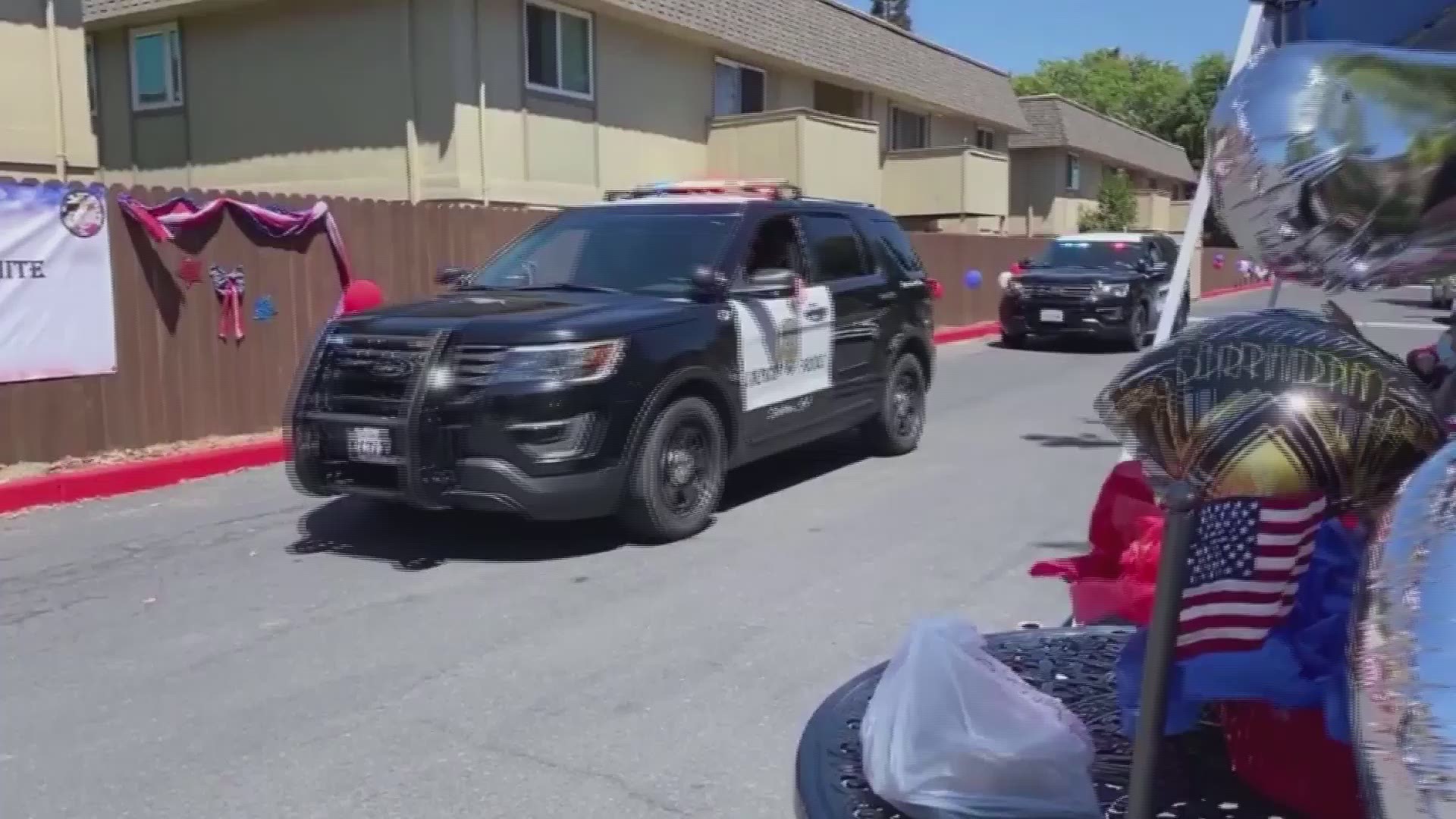 STOCKTON, Calif. — It may not have been the celebration he envisioned, but Major Bill White is celebrating his 105 birthday!

He lives at Stockton Assisted Living Facility in California. The ongoing coronavirus pandemic means people aren't able to visit Major White or anyone else living in a retirement home. His family couldn't let the big birthday pass without some kind of celebration, so they got creative.

Family, friends, even strangers gave the Marine a drive-by salute. During an interview with CBS Sacramento, Major White said he's The secret to his longevity? The marine tells CBS he's still reading to keep his mind sharp.

Major Bill White served with the Marine Corps. for 30 years, beginning with fighting in the Battle of Iwo Jima in 1945 during WW2. He stole hearts earlier this year when he asked for people to send him Valentine's Day cards.