A field filled with 109 concrete ears of corn finds home in Dublin. 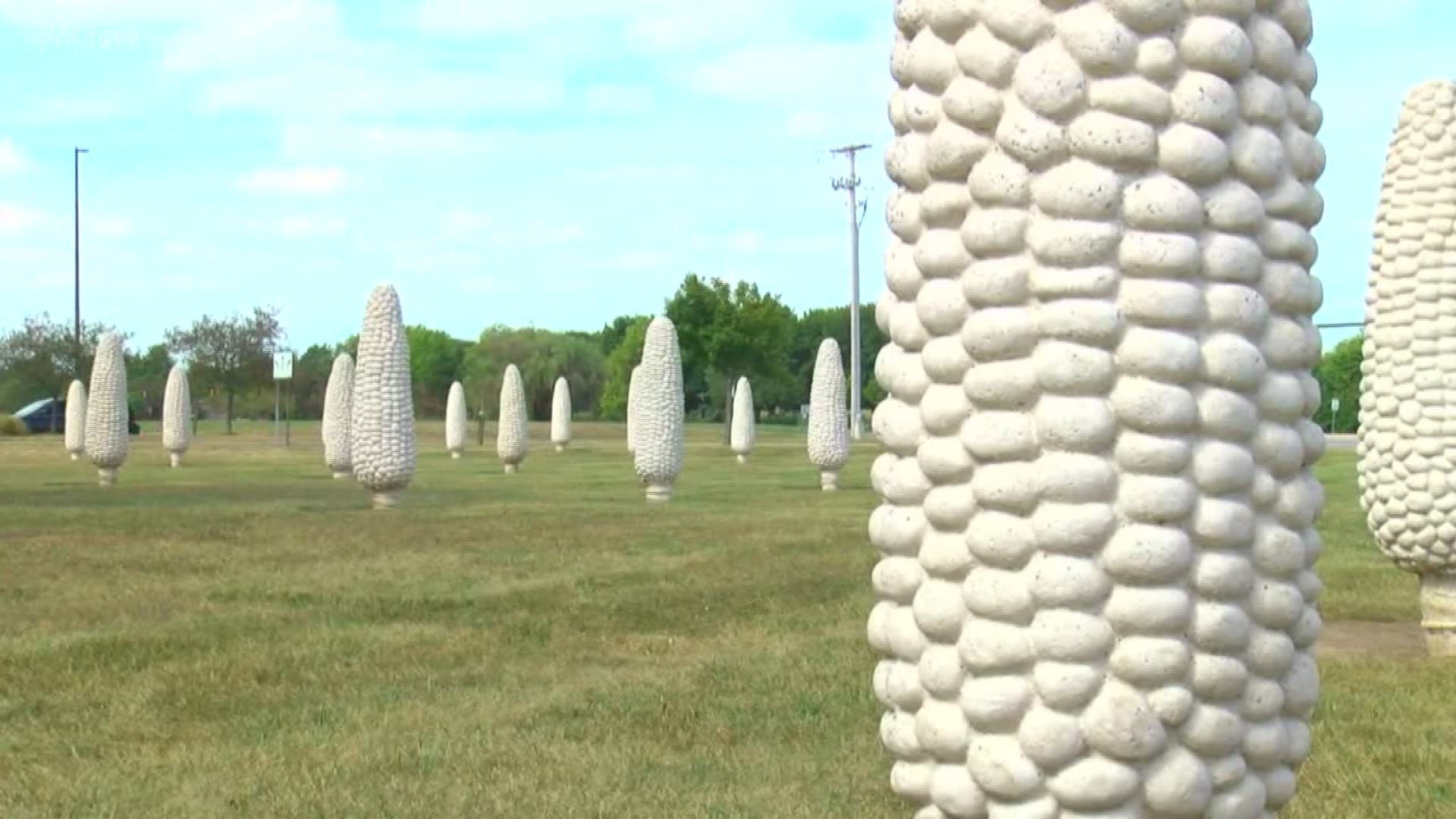 DUBLIN, Ohio — A lot of fields in northwest Ohio lie fallow as they never got the corn seed sowed into the soil this year with the wet planting season. So, a healthy stand of corn can be hard to come by, except in Dublin, Ohio.

At first glance, this stand of corn looks like a weird version of Stonehenge, and actually it's known locally in Dublin as "Cornhenge."

It's a field of 109 concrete ears of corn, all six feet tall. Now, before you think this is some off-the-wall novelty art, it does have purpose and meaning.

The field was created by Columbus artist Malcolm Cochran and it's called "Cornfield with Osage Orange Trees".  The installation is a tribute to Sam Frantz,a farmer who owned and farmed much of the land in that area of Dublin. He was also a key inventor of hybrid corn. The concrete ears of corn are to signify not just the importance of his work, but the graveyard-like formation is thought to be a symbol of the area's death as a rural farmland, as today it is now populated with commercial and office buildings.

Cochran individually handcrafted each cob, weighing 1,500 pounds. They may look alike from a distance, but up close you can discern that each one is a bit different.

Next to the field, you can find park benches and placards which tell the story of Frantz and the importance of hybrid corn. The field is anchored on one end by a row of Osage Orange trees. These were commonly planted years ago as field borders.

When "Cornhenge"  was created in 1994, it instantly became a joke among some locals, and an object of corn scorn among those who bristled over public money being used for the project. But still, as with any field of dreams, if you build it, they will come; and they did.

This Garden of whimsy even has a Facebook page on which is posted numerous pictures from visitors as they play and cavort among the giant cobs. The seeds of child-like play seem to take root as people have made the pilgrimage from far and wide to witness the weird.

So, 25 years after Malcolm Cochran planted this strange crop, the kernel of truth is this: the critics are gone and this garden.still stands,d every year producing a harvest of smiles.

RELATED: Catch a glimpse of 'The World's Tallest Crane' in east Toledo