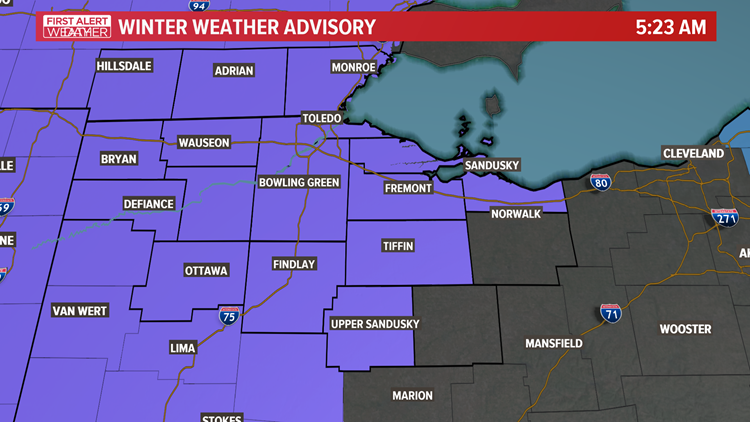 Colder air will allow for snow to develop across much of the area with accumulations likely.
Author: WTOL Newsroom
Published: 4:03 AM EST February 25, 2020
Updated: 5:45 AM EST February 26, 2020

TOLEDO, Ohio — A Winter Weather Advisory has been issued for our area for Wednesday into early Thursday morning due to heavy snow.

The advisory has been issued for the following counties:

Snow is expected, heavy at times, with total snow accumulations of 2" to 4" with isolated spots up to 5" possible by late Wednesday evening.

A First Alert Day has also been issued for Wednesday due to wet snow. The best chance of snow is expected to come during the daytime hours.

Drivers should plan for slippery roads as poor travel will develop through the evening as temperatures fall.

The advisory will be in effect from 7 a.m. Wednesday until 4 a.m. Thursday.