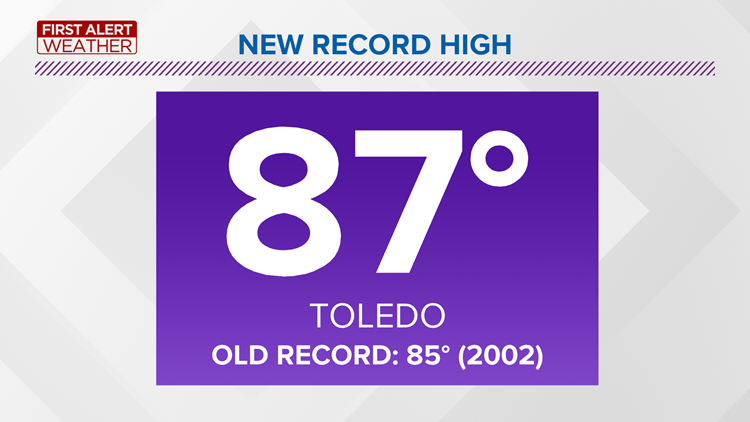 Leaving the month on a high note: Toledo has record-breaking September

TOLEDO, Ohio — Monday was the hottest Sept. 30 in Toledo's history. The high temperature reached 87 degrees, which is two degrees higher than the old record of 85 degrees in 2002.

This year's September was also the hottest one in Toledo's history, a record the town is breaking once again - 2018's September is now the second hottest one.

Our average temperature this month was 71.3 degrees while last year it was 69.1. Other years that also had remarkable warm Septembers were 2002, 1978 and 2015 respectively.

Tuesday can also break records as our high temperature is forecasted 90 degrees, which would also make a rare 90-degree October day.

RELATED: September Heat: On a near record-breaking pace

Additionally, Toledo is not the only place experiencing record heat. Many miles south of us, in Montgomery, Ala., residents just experienced six straight days of record-breaking high temperatures while having their driest September ever.