There are still widespread power outages for the fourth day in a row, with more than 500,000 residents without power in the state. 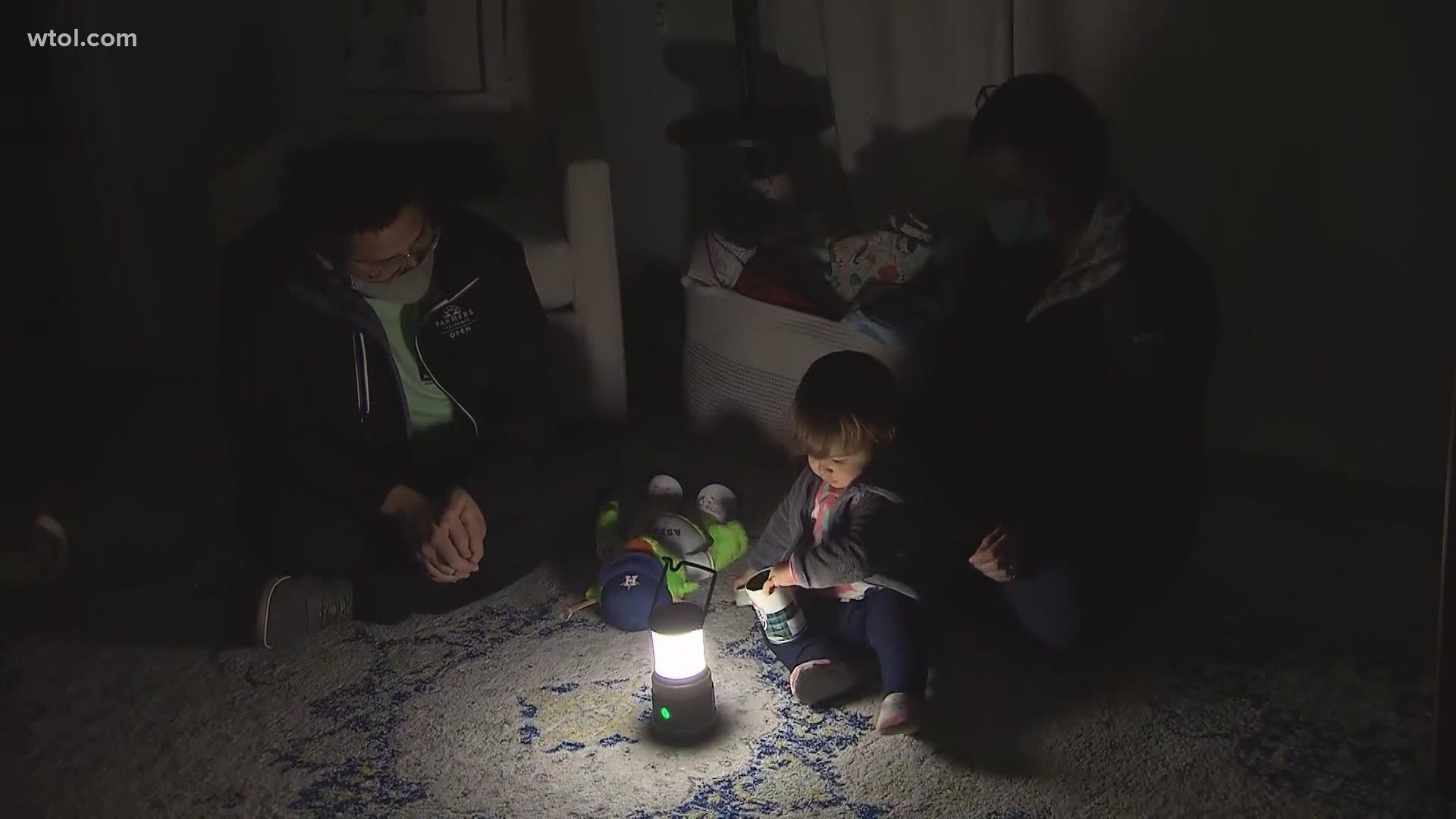 TOLEDO, Ohio — Families in northwest Ohio are concerned about their loved ones dealing with widespread power outages in Texas.

Power returned to thousands of homes and businesses Thursday after a deadly winter storm brought record-low temperatures and heavy snow to Texas. There are still widespread power outages for the fourth day in a row, with more than 500,000 residents without power in the state.

RELATED: US needs to brace itself for future deadly storms, experts say

The storm froze nuclear facilities, coal and gas power stations, and wind turbines. At least 25 deaths were attributed to the storm. 11 of the victims were from Texas.

Rayah Pierce, 19, is from Toledo and she's a freshman at Texas State University in San Marcos.

The storm hit Monday and she and her roommate lost power around 2 a.m. Tuesday.

RELATED: Millions still without power with more snow and ice set to strike

To find heat, Pierce and her roommate drove to a hotel half an hour away that had running water and rolling blackouts, which means the power switches on and off for a period time, which she says is better than nothing.

The bitter cold and lack of power led to an increase in 911 calls and hospitalizations. Many people were treated for exposure to the cold, and others for carbon monoxide poisoning — many used generators or ran their cars to try to stay warm but did it in enclosed places.

RELATED: How to stay safe and warm both with or without power

"It's really sad seeing how people are cold and starving here in their own houses and they can't do anything about it. I was one of the lucky ones to be able to find a hotel and stay in it," Pierce said.

Electric Reliability Council of Texas (ERCOT), the agency that oversees the state's power grid, said it isn't sure when the power will be back on fully.

Pierce is simply glad she has some power, but she questions why she and hundreds of thousands of others are in this situation.

"Texas is equipped for national weather emergencies such as hurricanes. Why are they not equipped for a winter storm? Why did they not have these types of plans in place to begin with?" she questioned.

RELATED: VERIFY: How much are coal, natural gas sources to blame for Texas power woes?

Here are ways you can help those in Texas.

The following is a list of organizations supporting the homeless communities around Texas:

The Coalition for the Homeless has been on the streets of Houston doing outreach in order to get people into shelters and warming centers. Donate here.

Dallas Stop Evictions has been moving people off the streets into hotels, as well as giving them hot food, groceries, and hygiene essentials. Donate here.

The following is a list of wish lists, where you can directly purchase supplies for those experiencing the drastic cold:

The Ending Community Homelessness Coalition and the Sunrise Homeless Navigation Center has posted supplies needed for people in Austin and Travis County. Buy the supplies here.

Camp Rhonda, a community of homeless people in Dallas, has provided a list of their most needed supplies. Buy the supplies here.

Feed The People, a Dallas mutual aid network, is providing community care and groceries and has provided a list of their most needed products. Buy the supplies here.

The Houseless Organizing Coalition in Houston has a list of the most needed items in its community. Buy the supplies here.

O.D. Aid is a Fort Worth-based program. It is the only overdose prevention, naloxone distribution and syringe access program serving the city of nearly 1 million people. Donate here.

During natural disasters and extreme weather like what Texas is experiencing, many people in need of abortion access have to reschedule appointments and remake travel arrangements.

RELATED: How you can help the millions in Texas who don't have power, heat or safety