Snow that is drifting and blowing is creating hazardous conditions for drivers taking back roads and side streets. 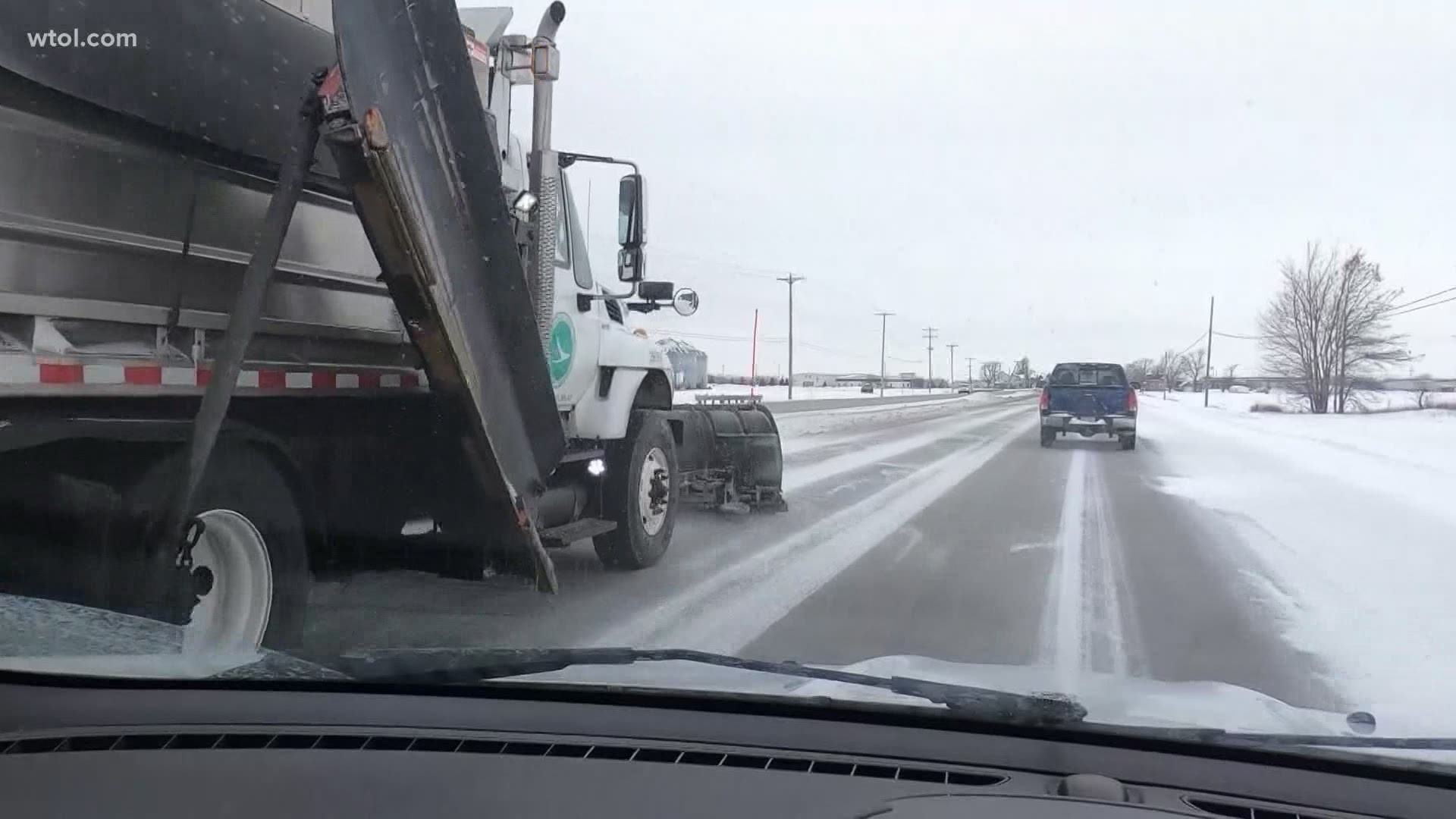 TOLEDO, Ohio — If you noticed the pile of snow that blew against your house or car, just imagine all the snow building up on roads in wide open areas.

Main roads and highways have been plowed and are mostly clear to drive on, but drivers still need to be extra cautious, especially when driving down a side street or back road.

Blowing and drifting snow is expected to be creating issues on roads in rural areas. You could be driving when all of the sudden you hit an open area with several feet of snow from a drift.

Mayor Aaron Montz of Tiffin says, if you're not driving at a slow speed, you could get stuck.

He adds, "We've had vehicles not in the city itself but out in the county that are stuck in the middle of some of the township and county roads literally stuck right in the middle of the road because that's where they came to a halt and couldn't get out of the spot."

So use caution when on the roadways and always be prepared for the worst.