NASA rocket launch should be visible in Ohio

NASA is set to launch the “Black Brant XII sounding rocket” as part of the KiNet-X mission. 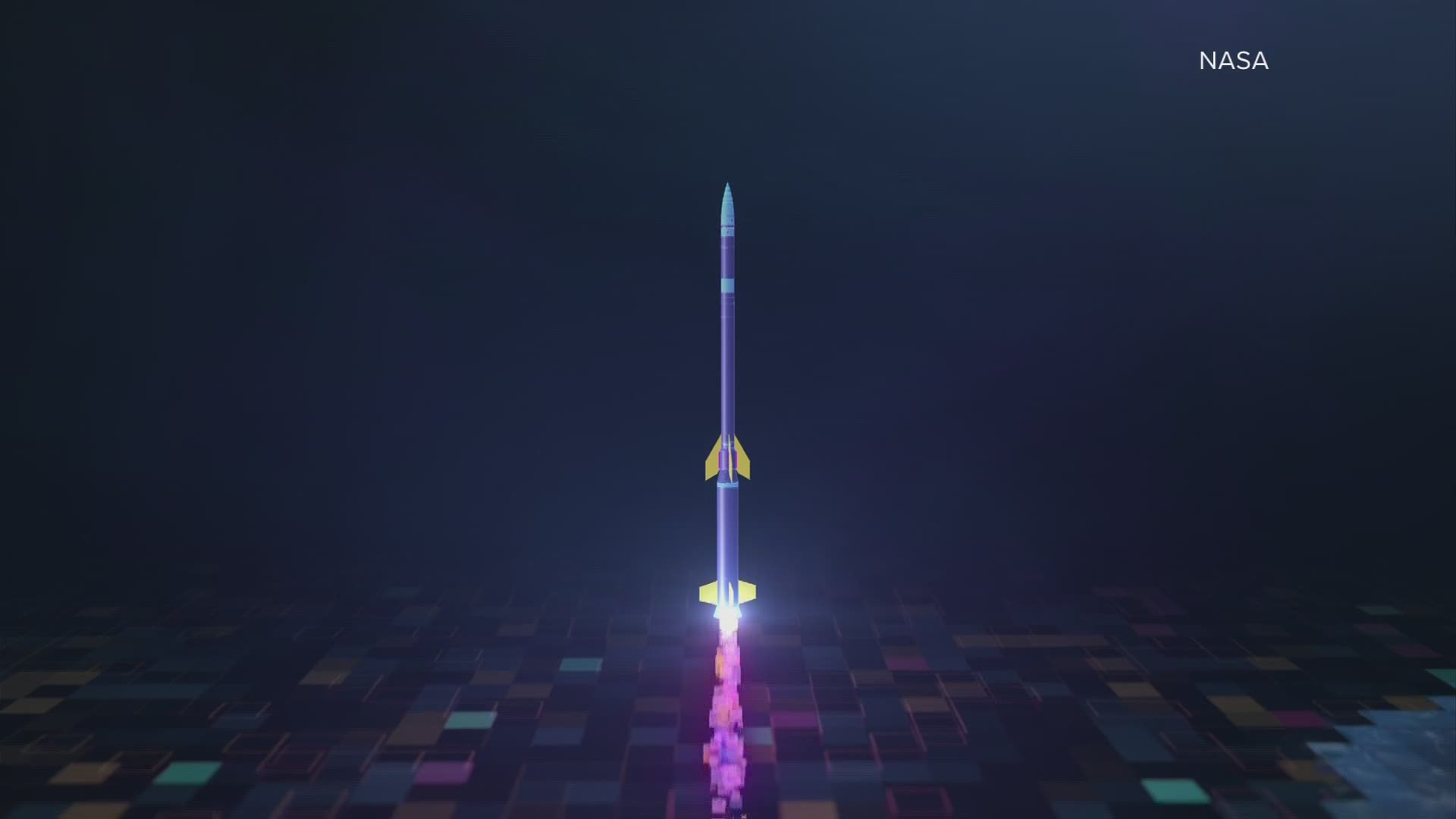 A Black Brant XII sounding rocket will take off from Wallops Flight Facility in Virginia this weekend.

NASA is set to launch the “Black Brant XII sounding rocket” as part of the KiNet-X mission. Their goal is to study how energy and momentum are transported between different regions of space that are magnetically connected.

Auroras, for example, will be studied and their placement in space. Wayne Schlingman, a professor and the director of the Ohio State Planetarium, is eager to watch the launch.

“It’s the science that comes out of these launches that helps us understand the earth, the space around it, or the solar system that makes it really interesting," he said.

Upon liftoff, the rocket is expected to release a barium vapor within the first 10 minutes into its flight at an altitude of 217-249 miles, just north of Bermuda.

After exposure to sunlight, the vapor clouds quickly ionize and take on a violet color. This phase will only last about 30 seconds and will be hard to see with the human eye.

NASA will be studying that vapor release with multiple cameras on board in hopes to understand the flow of energy to the electrons. The vapor is not harmful to the environment or the public.

The launch itself should be visible here in Ohio, depending on the cloud coverage.

“You’ll see a bright dot moving up in the southeast sky if we have enough clearing," Schlingman said.

The launch was originally scheduled for Friday night, but because of the weather has been pushed back to Saturday. You can follow the launch and updates on NASA Wallops website.

LAUNCH UPDATE 🚨 The KiNET-X sounding rocket launching from Wallops is now scheduled for no earlier than Saturday, May 8, at 8:02 p.m. EDT. Camera stations are looking for clear skies preferably at both Wallops and Bermuda to view the vapor tracers.