The daily forecast from Idaho's largest, most experienced team of meteorologists. 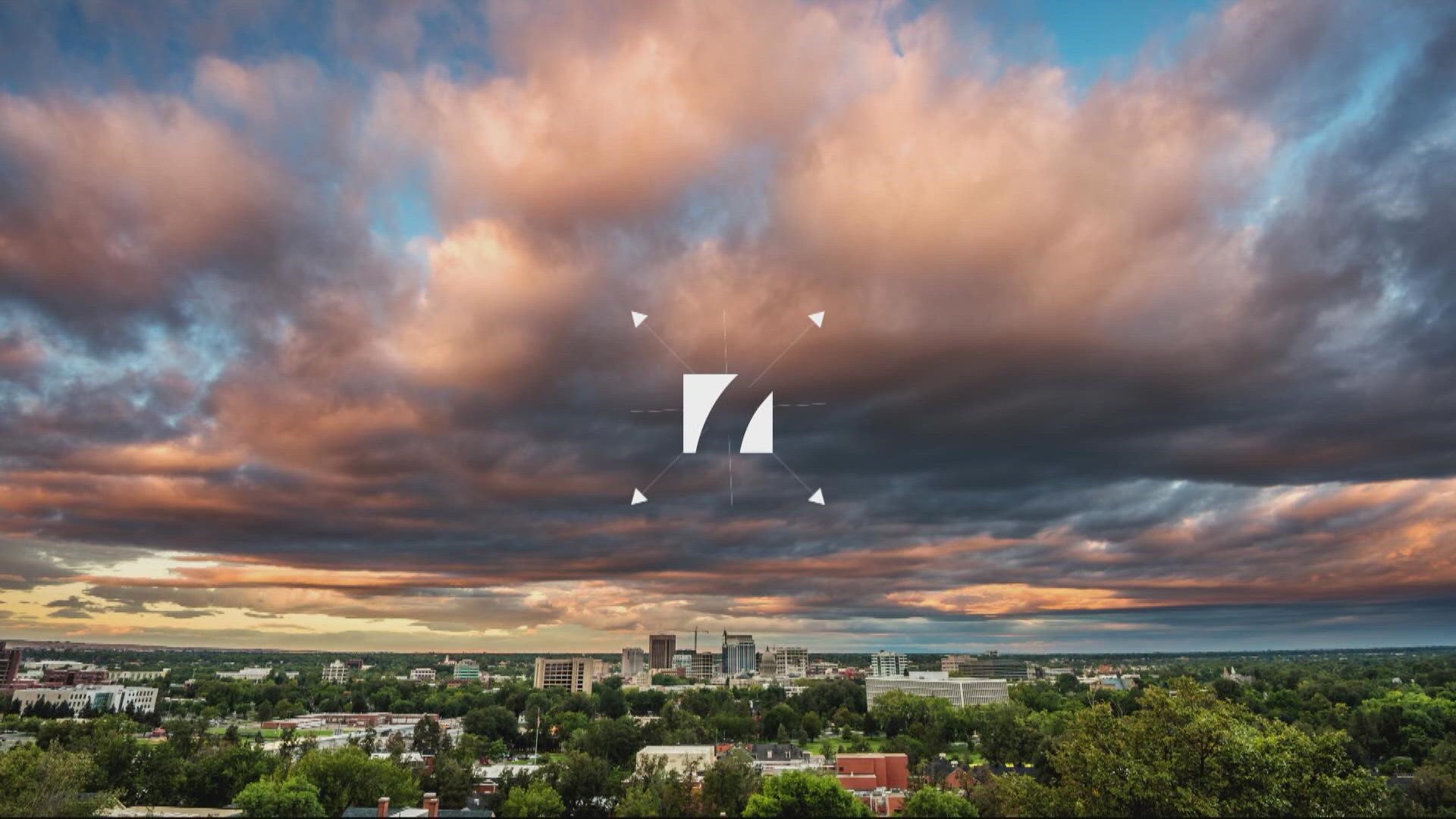 BOISE, Idaho — Big weather changes blew in Saturday afternoon, and we went from seeing summer temps in the 80s, to a gusty/blustery evening in the 60s.  This "fall feel" will be with us for the final few days of the summer season.

Plan for a few spotty showers/sprinkles this evening, with steadier rain moving into the area after midnight.  Scattered showers and isolated thunderstorms will be the weather story for most of Sunday, especially during the first half of the day.  While we will see some clearing skies late in the afternoon, temperatures will be very cool, with valley highs around 60°!  Snow levels will drop to 6000-7000 feet with a few inches possible in the highest peaks of northern mountains.

Skies will be clear for more sunshine on Monday, but temperatures are still cool, with a chilly breeze out of the NW.  Expect valley highs to be in the mid 60s, with wind out of the NW 10-15 mph.

Fall begins on Wednesday at 3:20 PM MDT, with mostly sunny skies and a high near 80 degrees in Boise.  A weak weather disturbance will brush the area mid-week, bringing dry but cooler conditions through the end of the week.

While it's still several days away, it looks like next weekend may feature another summer-like warm-up!

GET WEATHER ALERTS: How to customize and navigate the new KTVB app

See the latest weather forecasts and news in our YouTube playlist: