Additional city crews will be called in to help manage the heavy snowfall through Tuesday. 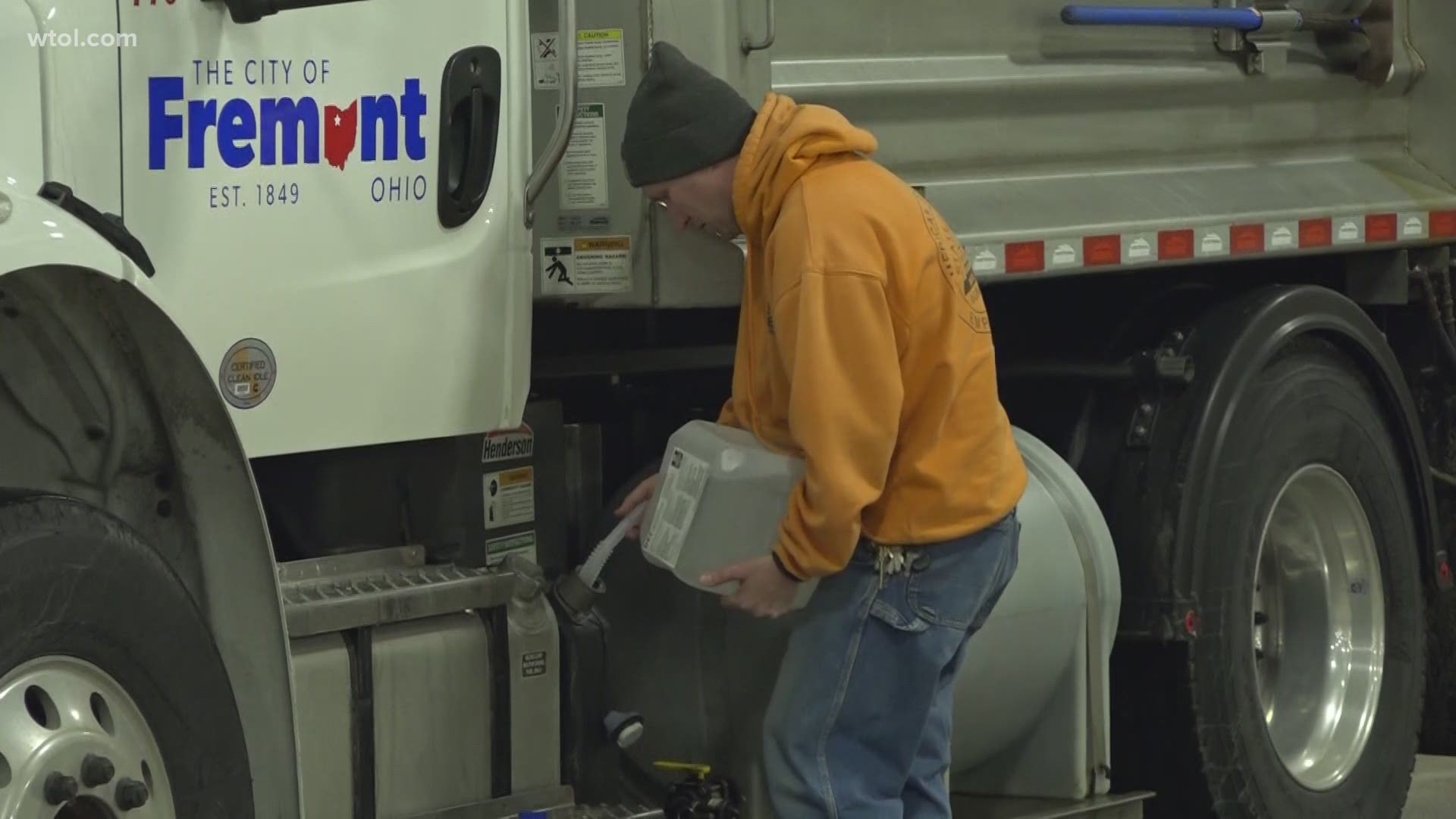 FREMONT, Ohio — It's all hands on deck for this storm with city crews from Fremont as they are planning to keep their streets safe.

By midday Monday, the street crews in Fremont had called it a day.

But they know they aren't done yet as the largest snowfall in years blankets our area.

Already, City of Fremont Street Department Superintendent Bill Guhn has placed an order for an additional 300 tons of road salt.

The city is calling in water and sewer maintenance crews to take care of the roads until midnight.

Then, the street maintenance workers will return at midnight and will work a twelve hour shift to make sure every major road, side street and even alley in Fremont has been plowed.

"Then they'll go to their respective areas of town and each guy has their own area, the four quadrants of the city. But believe it or not, we will hit every road," said Guhn.

When dealing with snow that is piling up an inch an hour, the crews will have to constantly double back and go over many of the main roads multiple times throughout the night.

Which is why the city of Fremont has asked folks to park their cars off the road if possible.

But until the snow begins to stop falling, you probably won't see Fremont crews spreading too much salt.

"We're not going to be out there salting and just wasting salt out there, because obviously it's just getting piled up and we're plowing it off of the road. So what we'll do is we'll maintain the bridge decks and the hills with some salt, but the rest of it we're just plowing," said Guhn.

With such a small crew compared to larger cities, Guhn is hopeful that he and his staff can see a more laid back Wednesday, because they are planning on being right back at it for the forecasted snowfall on Thursday.