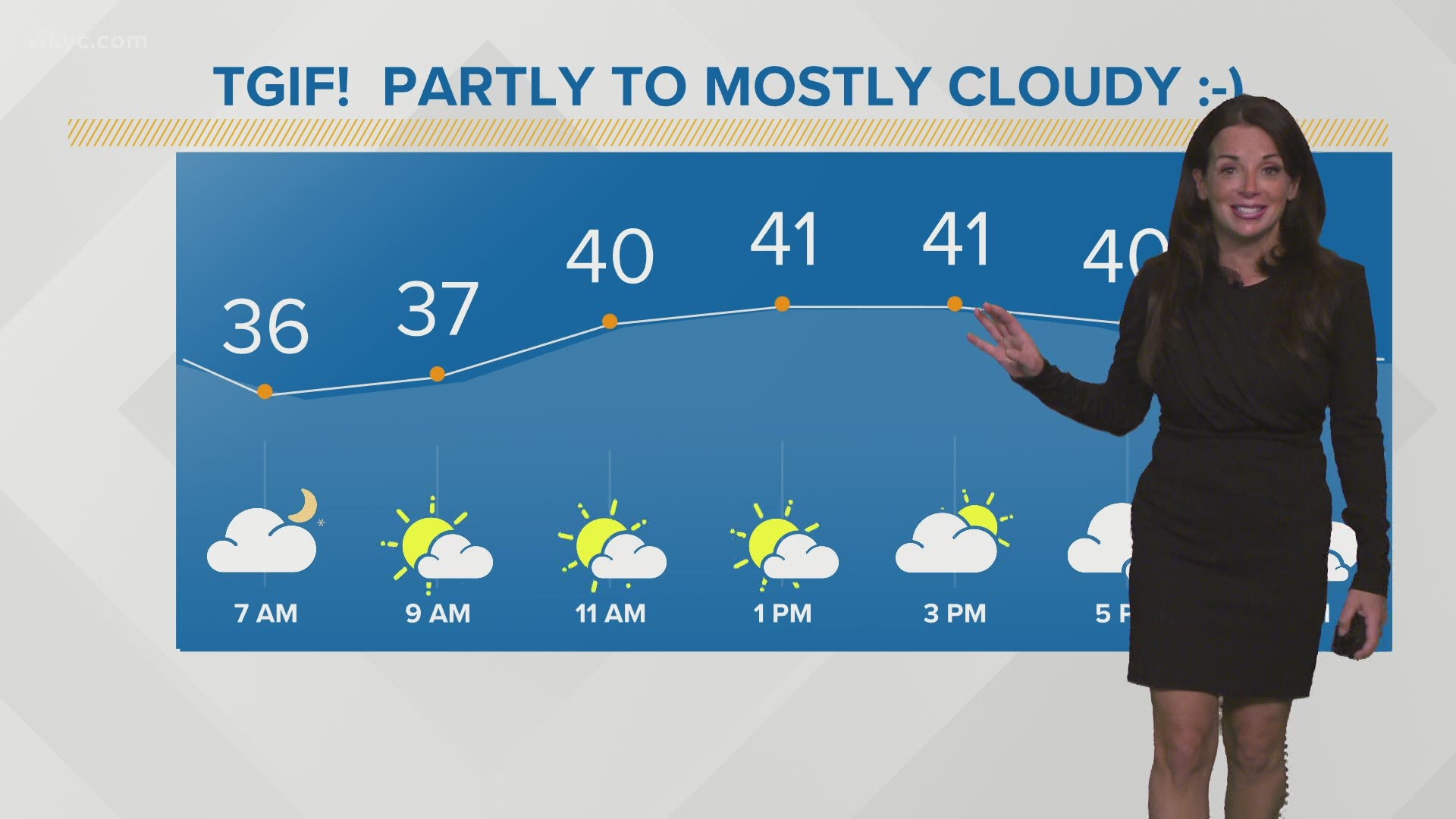 CLEVELAND — It's going to be the perfect weekend for a cup of hot chocolate and some comfort food because we're in store for chilly temperatures in the days ahead.

Although we'll hit the low 40s today, temperatures will be stuck in the 30s both Saturday and Sunday with cloudy skies. There is a chance for some scattered snowflakes on Saturday, but nothing to write home about.

We'll stay cool Monday and Tuesday before temperatures rebound into the 40s by the middle of next week.

TUESDAY: Some sun, but then clouds fill back in. Upper 30s.

WEDNESDAY: A mix of sun and clouds. Low 40s.

►ENVIRONMENT NEWS | Find out more about the world around us