David and Rebecca Kiger haven't heard from their family in Puerto Rico since the historic 6.4 magnitude earthquake hit Tuesday. 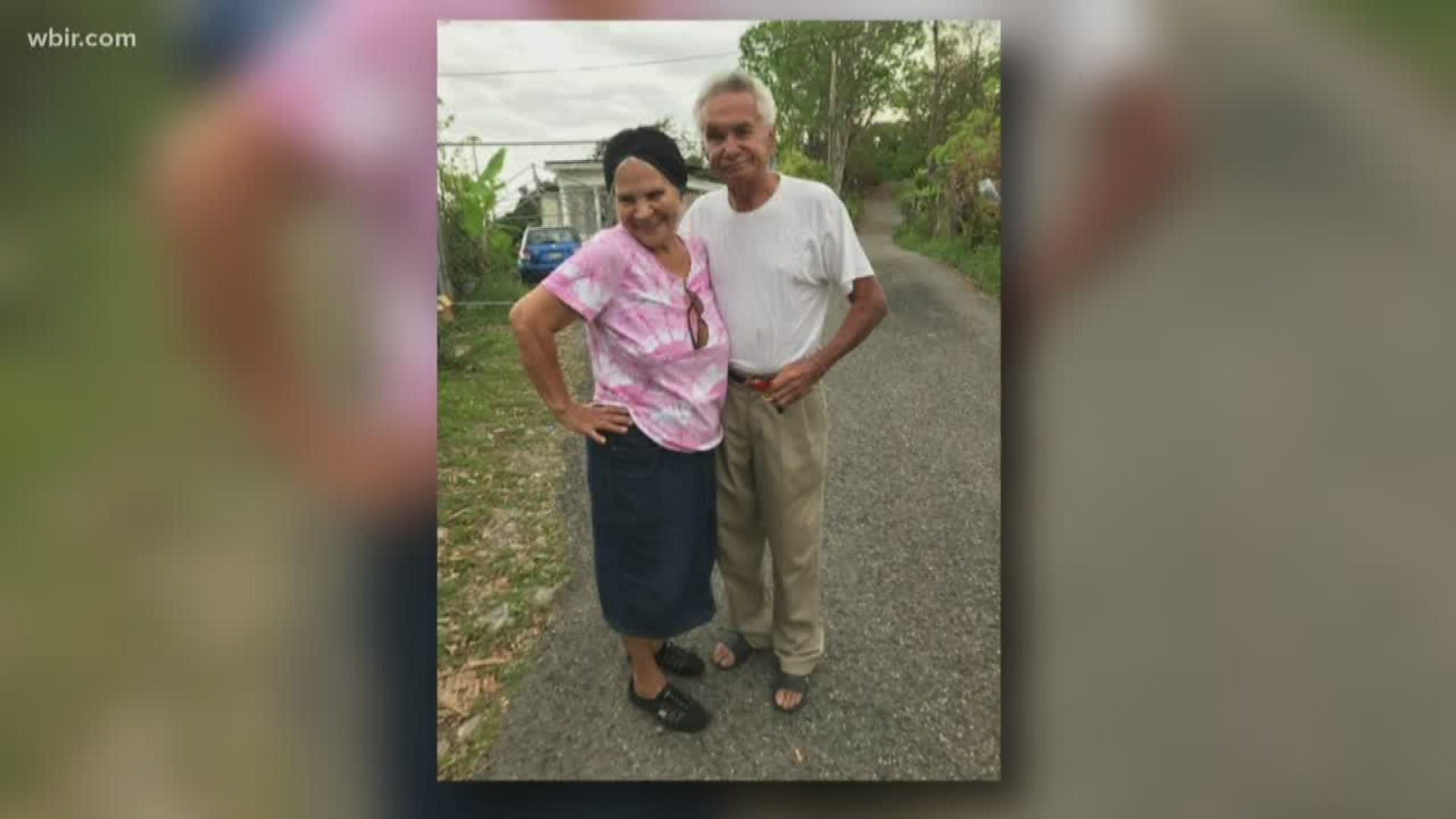 KNOXVILLE, Tenn. — One of the largest earthquakes in Puerto Rico's history has left at least one East Tennessee couple with no way to connect to their family.

The quake killed at least one person and sent the entire island into a blackout Tuesday.

"Here we go all over again," Kiger said.

Hurricane Maria knocked his family down in 2017.

"It seemed like they were just starting to get back on their feet a little bit," Kiger said.

Now, they're dealing with another disaster--the largest earthquake to hit Puerto Rico in a century--a 6.4 magnitude on the Richter scale.

A series of earthquakes struck the island this week, including another 5.2 magnitude earthquake Friday night.

"You always worry about them more so than anything--especially when you don't hear from them," Kiger said.

He and his wife Rebecca have been trying to call since the quake hit.

He says without power, his family doesn't have access to items we take for granted.

"Last time this happened, we waited about seven or eight days and then I just went down there," Kiger said. "I got on a plane and took a bunch of suitcases and stuff and went down there. If we don't hear from them, I guess we'll do that again. But hopefully they'll be alright and we'll hear from them and everything will be okay....They just don't have any way of buying the basic things that they need to survive."

The Blount County-based Remote Area Medical helped the island with some of those needs in 2017.

"We were on the ground for almost three weeks, we conducted clinics in five separate towns," Blackstock said.

He said organizations in Puerto Rico have to invite RAM in so they can help.

"We've reached out to our contacts out there, but so far we've not been asked to assist," Blackstock said. "We are monitoring the situation and prepared to assist if we can."

Kiger says the Puerto Ricans are resilient people, and they're keeping a positive attitude even in the face of disaster.

For more information on RAM, you can head to its website.