Capt. Ernest M. McSorley, 63, was Canadian by birth but lived in Ottawa Hills. He spent over 40 years as a mariner and was in his third year manning the Fitzgerald. 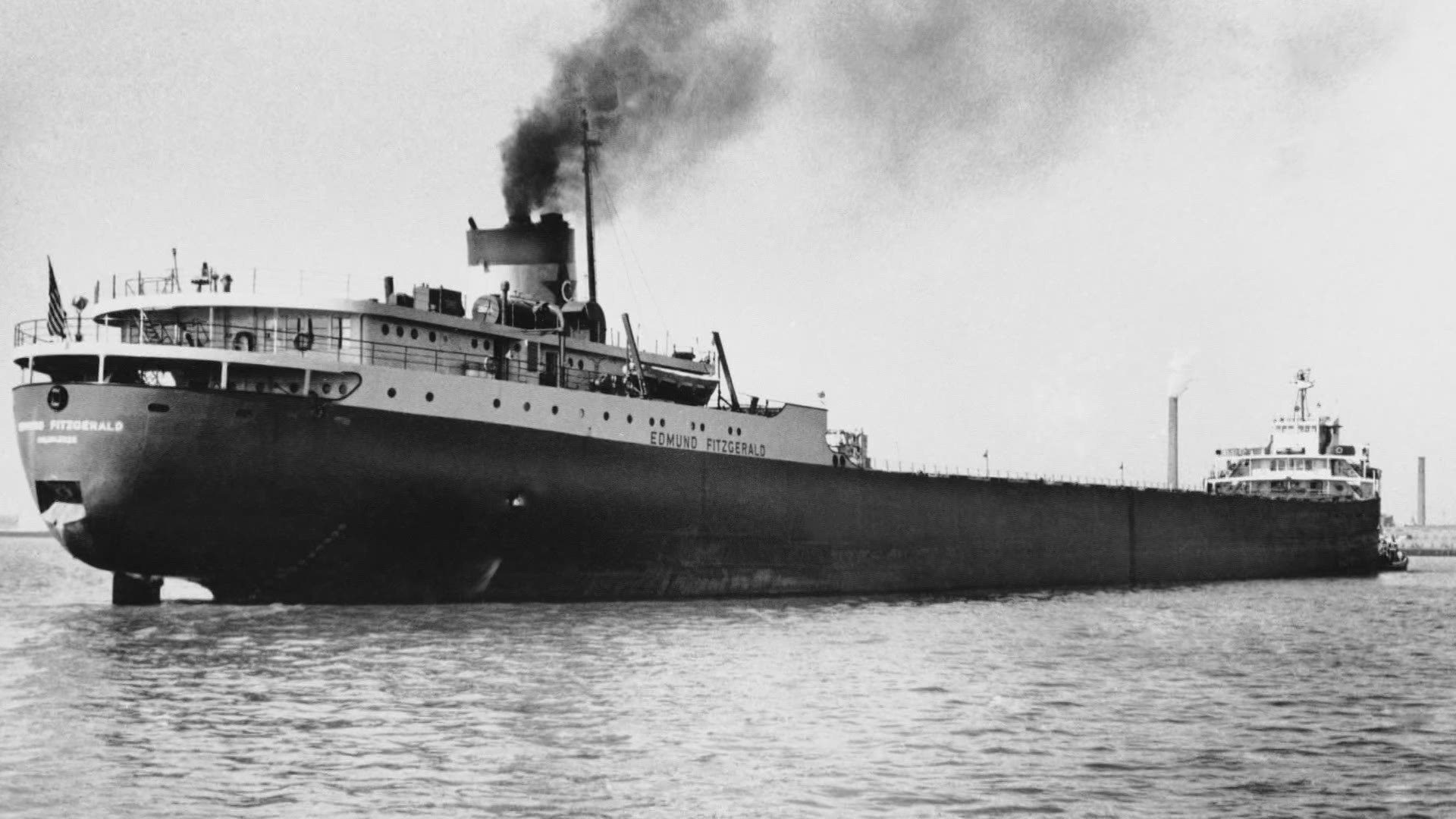 Almost half a century ago, one of the worst maritime disasters in U.S. history unfolded when the SS Edmund Fitzgerald cargo freighter sank in Lake Superior amid a potent storm that stirred up towering waves and tropical-storm-force winds. Decades later, the tragedy serves as a reminder of how ferocious the fall storm season can be in the Great Lakes.

Launched on June 7, 1958, the Fitzgerald became the largest carrier on the Great Lakes until 1971, according to the National Weather Service in Marquette, Michigan. The state-of-the-art vessel, nicknamed by some Mighty Fitz and Big Fitz, weighed more than 13,000 tons, was 729 feet long and had a width of 75 feet. According to a recounting by the NWS, the Fitzgerald was considered to be invincible, much like the RMS Titanic decades earlier.

The vessel's primary cargo was iron ore, which it transported from Duluth, Minnesota, to Detroit and Toledo, Ohio, according to Michigan Sea Grant. In 1964, it became the first freighter to lug more than 1 million tons of iron ore through the locks in Sault Ste. Marie, Michigan.

The ship was said to have a fine record of service over the course of its lifespan and was captained by seasoned veteran Ernest McSorley, who had spent over 40 years as a mariner and was in his third year manning the Fitzgerald. However, the first signs of trouble for the Fitzgerald were noted in a routine inspection in October 1975 by the Coast Guard about two weeks before its final voyage.

Coast Guard inspectors found that "a number of hatch covers that seal the cargo area would not close properly, meaning that water which washed on board the deck would be able to leak into the cargo hold," the NWS said.

According to a recollection of the disaster by the University of Wisconsin's Space Science and Engineering Center (SECC), the ship left Superior, Wisconsin, on Nov. 9, 1975, carrying about 26,000 tons of iron ore.

On the same date, a storm system, described by the NWS as a "typical November storm" was drifting northeastward out of the Plains. It would intensify further as it reached Michigan's Upper Peninsula and the NWS would send out gale warnings for all of Lake Superior.

According to the SECC, the Fitzgerald had been in contact with another ship making a similar trek on that day, the SS Arthur M. Anderson. As the weather threatened both ships, the two captains went back and forth discussing how to change their routes to avoid the worst of the dangerous weather.

On the night of Nov. 10, shortly after 7 p.m., McSorely said, "We're holding our own, going along like an old shoe," in a radio message to the Anderson, according to a report by Michigan radio. However, shortly thereafter the Fitzgerald would disappear from radar tracking.

The ship sank that night about 17 miles northwest of Whitefish Point located along Michigan's Upper Peninsula. All 29 crew members on board the ship tragically lost their lives. The ship never sent out a distress call.

Why didn't McSorley let anyone know his ship was in distress? According to a 2015 interview with Michigan Radio, the Anderson's captain, Jesse Cooper, believed McSorley wanted to prevent his crew from panicking.

"I think he knew he was in trouble, but he couldn't spread the word because it would panic the crew," Cooper told Michigan Radio.

"What the hell would you think if you had a hole in your bottom and were taking in more water than you could pump out?" he added.

Post-analysis weather research showed that the strong low-pressure system caused winds of 55 mph that produced waves of over 25 feet that night, at the location where it the ship went down. That's about as big as waves theoretically can get on the lake, according to the NWS, though the SECC disagrees. In any case, there could be rogue waves twice that height, and it's not out of the question that one of those could have sunk the Edmund Fitzgerald.

Today, ships would be warned to not travel during these conditions based on forecast model predictions for Lake Superior and observations from buoys. There's even a buoy at Whitefish Point, near where the Fitzgerald met its demise.

According to the National Oceanic and Atmospheric Organization, fall storm season is when shippers are usually trying to complete as many trips as possible before winter begins and lakes start to freeze over. Since Lake Superior is the largest of the Great Lakes, wave heights can also become much larger there than any of the other Great Lakes.

In the days after the ship was lost, the Coast Guard would find that the ship sunk abruptly, according to the NWS. Lifeboats were found badly damaged, which is an indicator they were never launched into the water, but rather smashed. The loose hatch covers could also allow water to spill into the cargo area, which accelerated the rate at which the ship went down. Additionally, the ship sat low in the water, which would allow a greater quantity of water to flood the deck.

No bodies were ever recovered from the wreckage, which sits about 530 feet deep at the bottom of Lake Superior. When crews did find the ship, they noticed it had been split in half.