The new station will replace the current station built in 1980, and will include new amenities like a bathroom and fully ADA-compliant ramps. 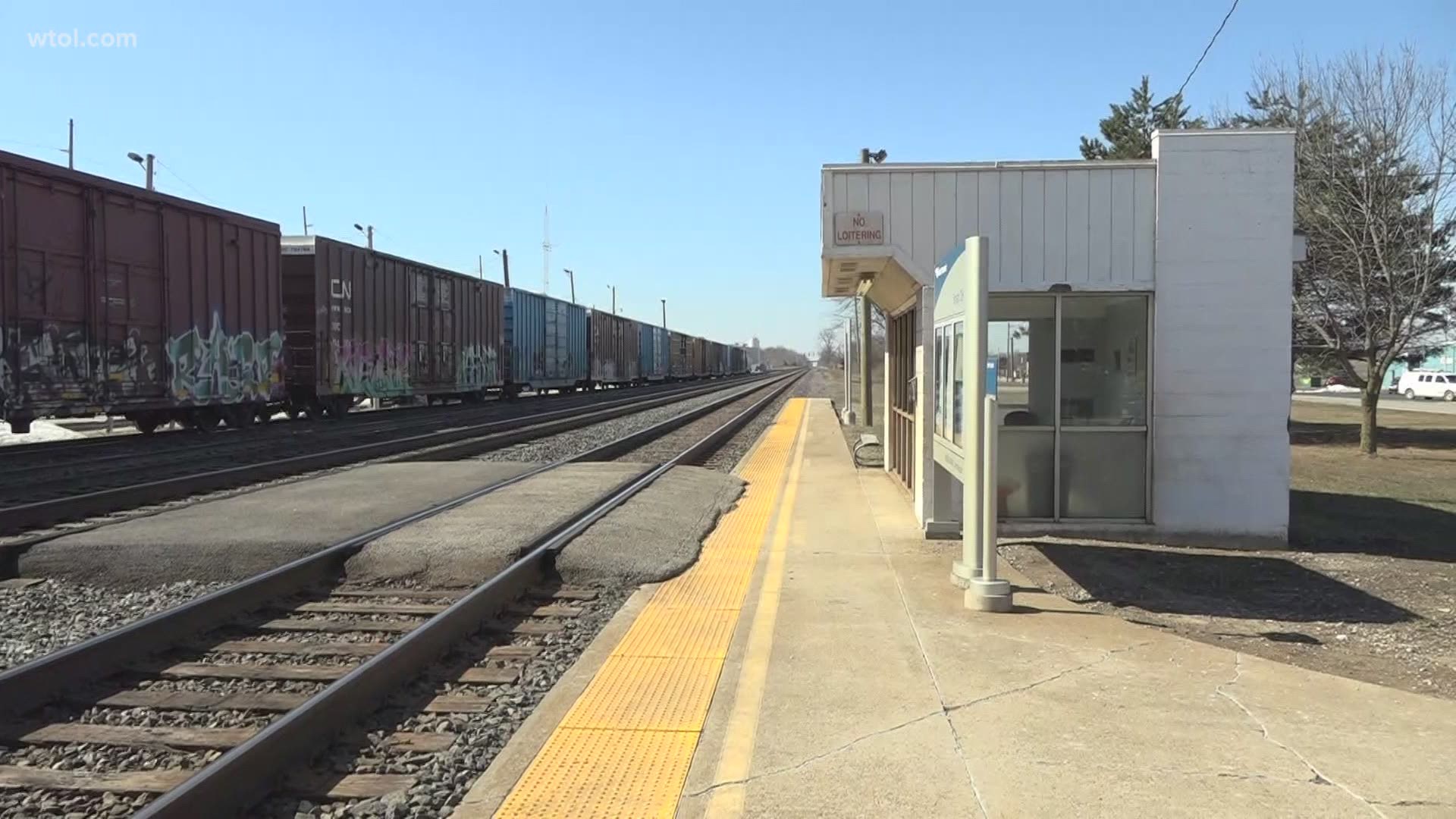 BRYAN, Ohio — A multi-million dollar project to bolster transportation is on track for the city of Bryan.

Built in 1980, the small Amtrak station in Bryan has recently seen an average of 2,600 passengers a year hopping onto the Lake Shore Limited line.

The city began collaborating with Amtrak in 2013 to try to get the aging station renovated, but those talks fell flat. But now, it seems the time is right to improve the facilities here.

"Their lease was up in 2019. We acquired extra ground for them in preparation of, hopefully, this new renovation," Bryan Mayor Carrie Schlade said.

This week, Amtrak announced it would be building a brand new $3.3 million station to replace the old one. The new station will look very similar to the one Amtrak recently built in Alliance, Ohio.

The new facility will feature an upgraded 343-foot-long platform with lighting, guardrails and signage, a new prototype shelter with an enclosed small waiting area, and a long overdue restroom facility, as well as improvements to existing fixtures to make the parking lot, ramps, and platform ADA compliant.

Credit: Jon Monk
The small Amtrak station currently has no restroom facilities and no built in ADA compliant infrastructure.

The hope is with the new, larger station that not only more locals decide to use Amtrak for trips, but that Bryan can also potentially become a more popular stop for folks traveling through.

"We have a historic downtown that is beautiful and has a lot of activity in it that is four blocks south of Amtrak, so a very walk-able distance," Schlade said.

Amtrak is currently planning on breaking ground for the new station in Sept., with a one-year construction timetable.