Police say the driver lost control of the car and veered off the road, hitting a light pole and crashing into Vito's. 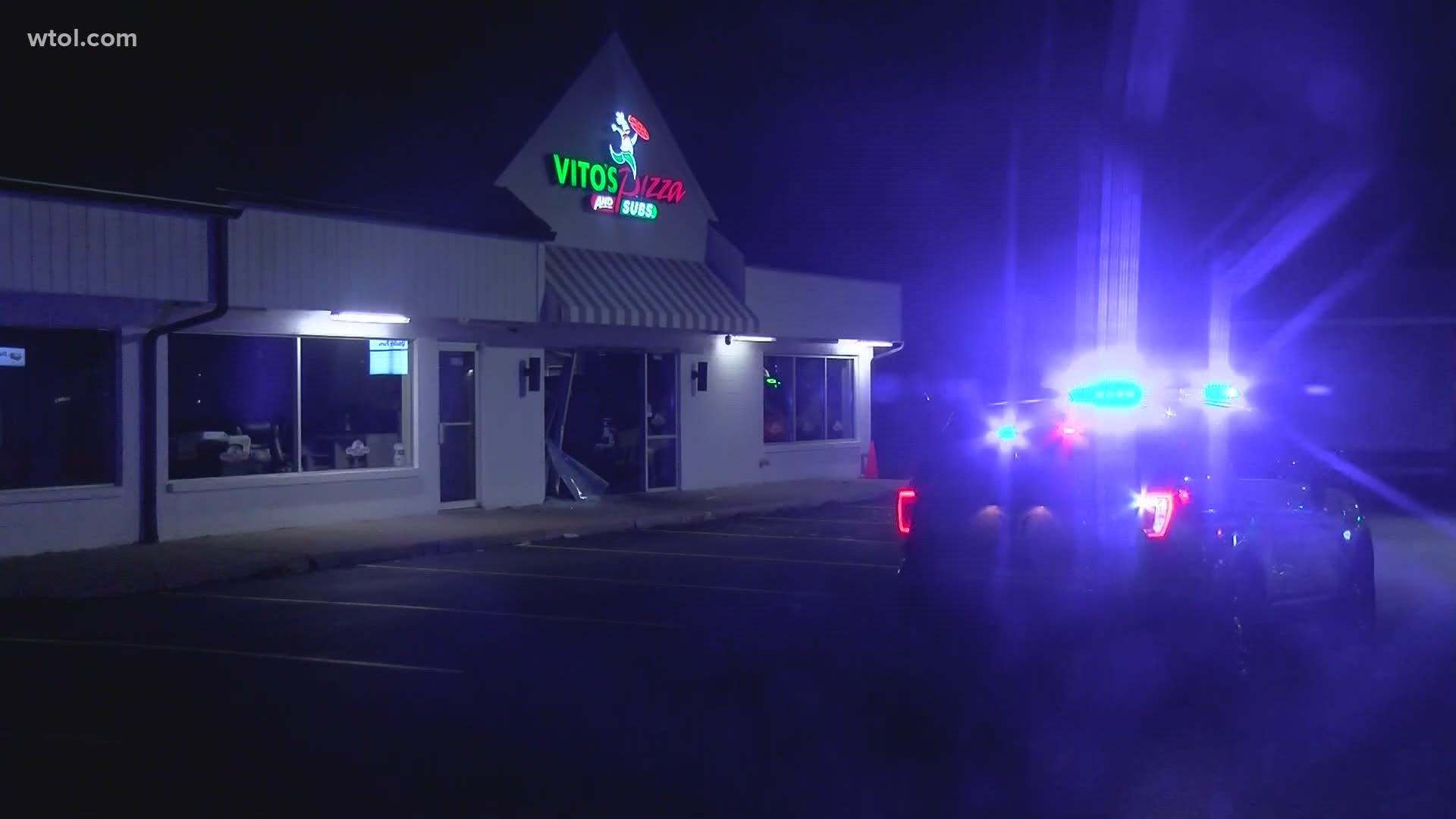 TOLEDO, Ohio — Police are investigating an overnight incident that left one person injured at the hospital in west Toledo.

Authorities on the scene say a driver lost control of the car, veered off the road, hitting a light pole and crashing into Vito's Pizza and Subs on Reynolds Road and Bancroft Street.

The driver was the only person in the car and suffered from non-life-threatening injuries. They were hospitalized.

Police are still investigating the incident and will determine if drugs or alcohol played a role in the crash.

Ohio 2 between Cousino, Decant, closed for at least 4 hours due to crash that led to downed wires