Toledo police: Pothole causes flat tires on at least 15 vehicles on I-75 south

ODOT has a link to file a claim if your vehicle has damage from the pothole. The roadway was down to one lane as disabled vehicles piled up. 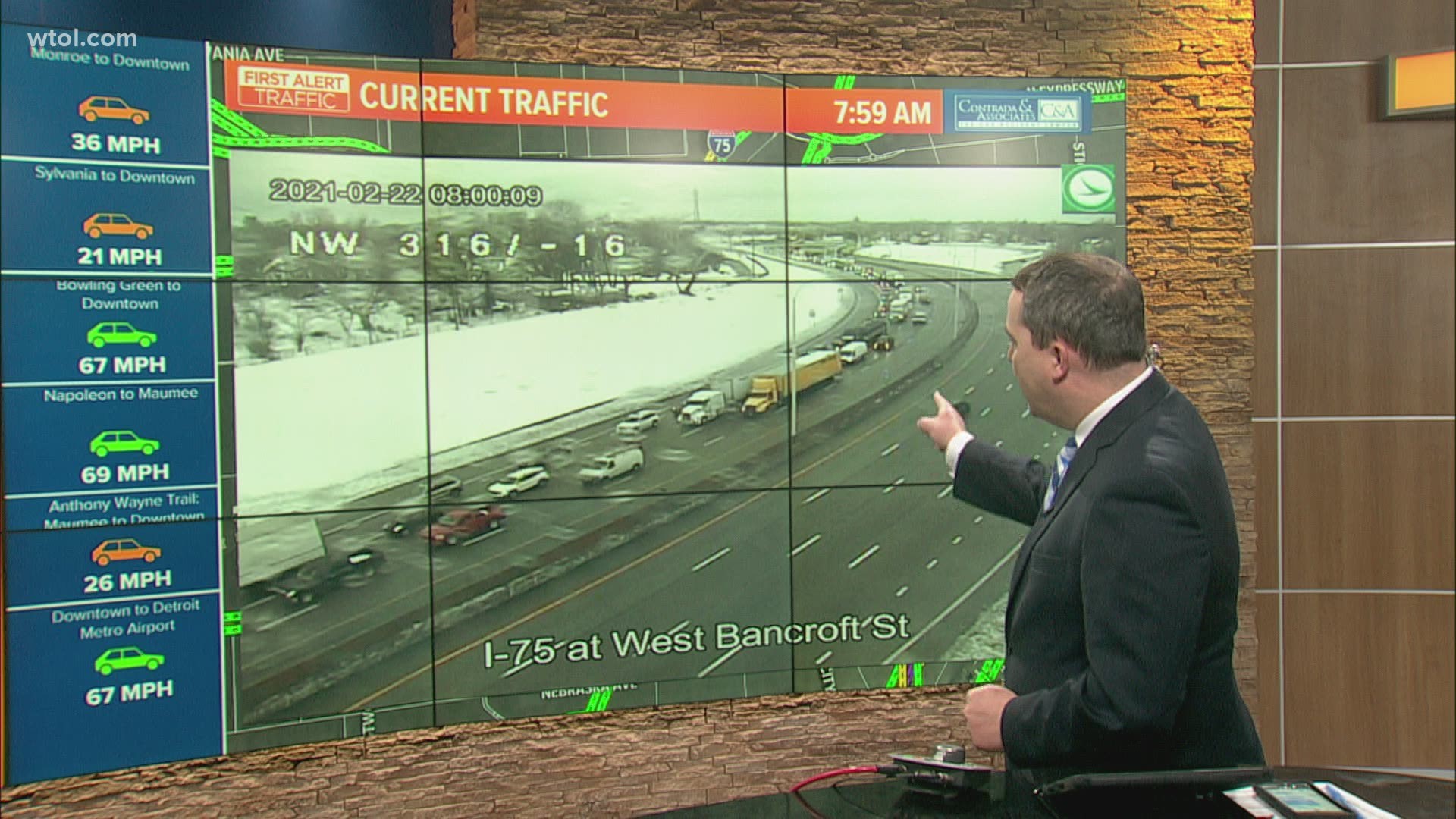 TOLEDO, Ohio — Traffic was down to one lane on I-75 southbound Monday morning near Collingwood Boulevard and Bancroft Street because at least 15 vehicles developed flat tires due to a pothole in the area, Toledo police said.

Traffic was backed up throughout that area and drivers were urged to avoid that part of the interstate if at all possible.

ODOT's Rebecca D'Angelo said, “The pothole is within the construction zone so the contractor is going to repair it. They are getting cold mix from our Northwood garage to fix these holes as soon as possible.”

If a motorist received damage to their vehicle due to this situation, ODOT encouraged them to file a claim here:

Toledo police said they weren't shutting down I-75 south, but the road was down to just one lane as traffic crawled by the disabled vehicles, as of 8:30 a.m.