Victims identified in US 20 crash that killed 1, injured another

One person died and another was taken to the hospital with non-life threatening injuries, according to police. 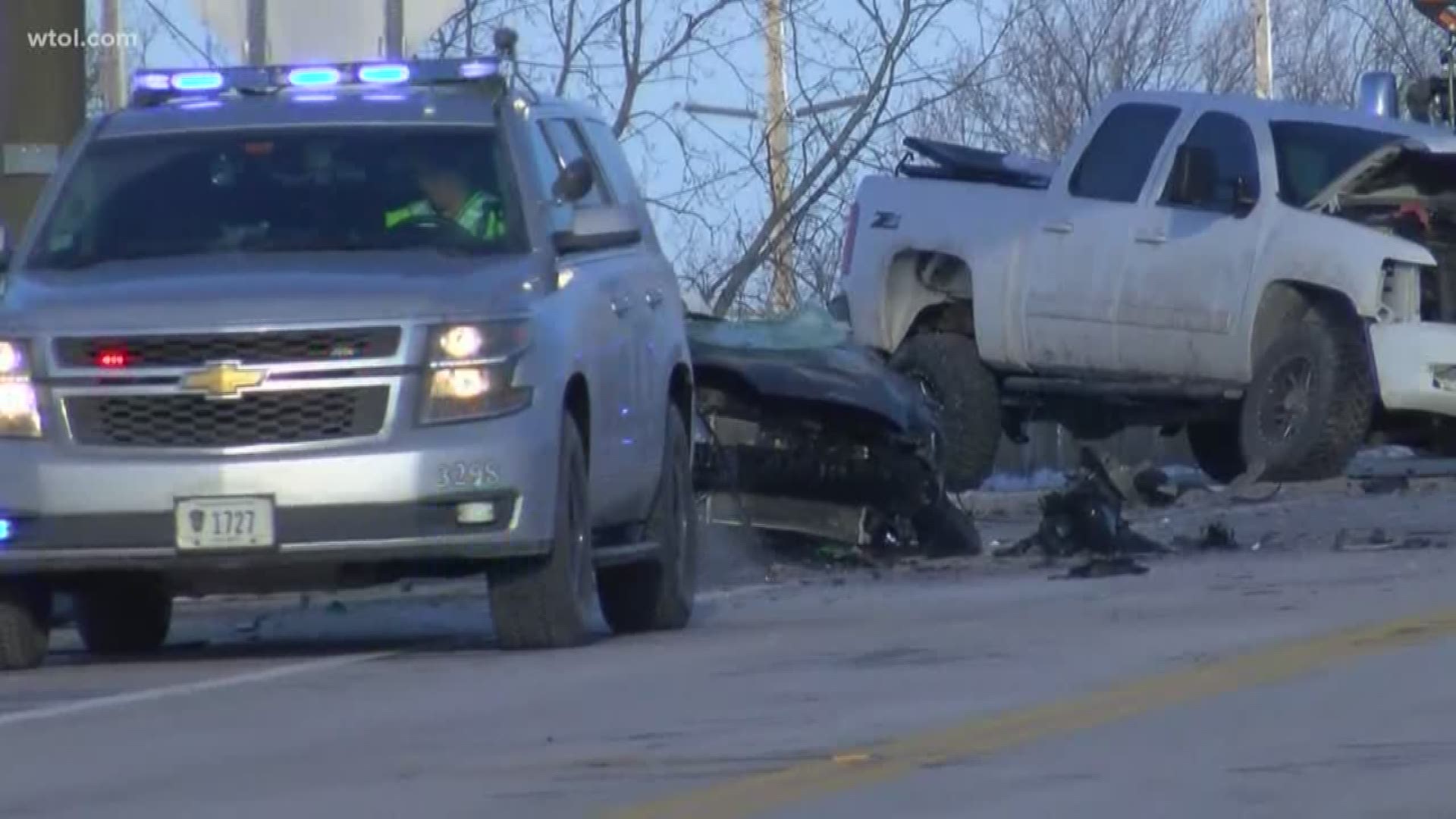 WOOD COUNTY, Ohio — The victims have been identified in a Wood County crash Friday morning that killed one and injured another.

According to state troopers, a 2002 Chevrolet Cavalier driven by Jesse T. Cutcher, 29, of Gibsonburg was traveling eastbound on US 20 while a 2007 Chevrolet 2500 pick-up truck driven by Christopher L. Kugler, 22, of Carrollton was traveling westbound on the same road. Kugler went left of center, striking Cutcher's vehicle.

Both vehicles came to rest in the eastbound lane of US 20.

Cutcher was reportedly pronounced dead at the scene.

US 20 remained closed for more than three hours.

The crash remains under investigation and alcohol does not appear to be a factor.

The Ohio State Highway Patrol was assisted on scene by the Wood County Sheriff’s Office, the Ohio Department of Transportation and Troy Township Fire Department.