The I-75 mega-project near downtown Toledo is almost complete, but its progress may cause a headache on your commute. 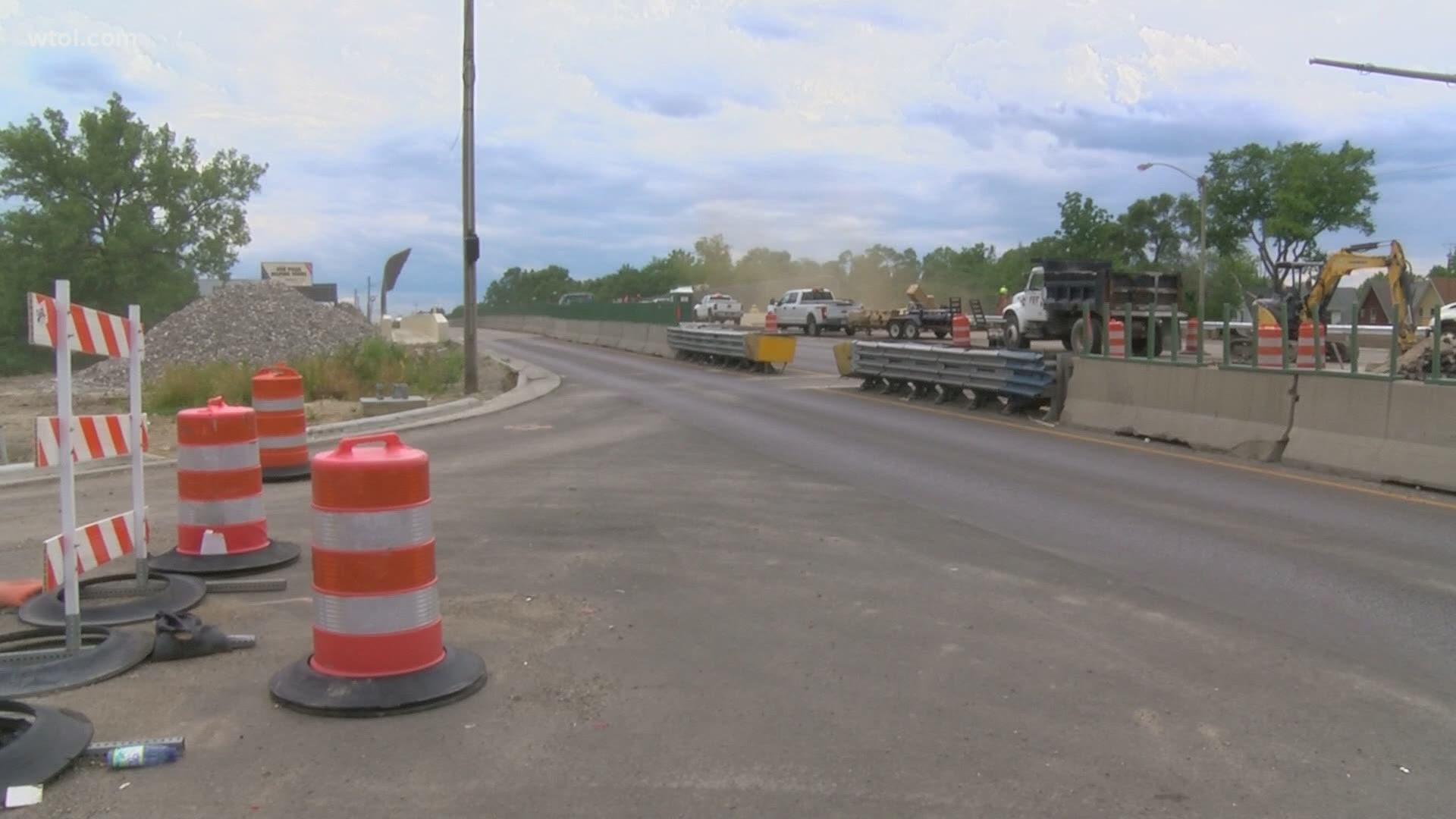 TOLEDO, Ohio — The Anthony Wayne Trail Bridge project going in and out of downtown Toledo has been two years in the making, and is now nearing its end.

The I-75 mega-project near downtown Toledo will also be hitting a major milestone, although its progress will be impacting drivers' commute.

The Anthony Wayne Trail Bridge project, which costs nearly $10 million, started in spring 2018, and is replacing two bridges over the railroad underneath.

On Thursday, the outbound, southbound traffic was moved to the new bridge.

In a few weeks, leaders with the Ohio Department of Transportation (ODOT) expect the inbound trail to open to two lanes. They're also aiming for the trail to be open to three lanes in each direction by the end of July.

"At that time we will also be opening that intersection with City Park Avenue and Emerald Avenue that has been closed by this part of the project as well," ODOT spokesperson Rebecca Dangelo said.

The I-75 project from Wales Rd. up to Dorr St. in Toledo, Northwood and Rossford is seeing some progress.

"That section of I-75 is basically the last section in northwest Ohio that hasn't been repaired and fixed in recent years," Dangelo said.

The $338 million, five-year mega-project will widen I-75 to three lanes in each direction along with some other configurations that will enhance safety.

The goals of the project are to:

Drivers can expect to see some major changes come August, including two-year ramp closures for reconstruction and reconfiguration near the downtown area. This will be the ramps from the Anthony Wayne trail to either direction of I-75.

The mega-project, which is running on schedule, is expected to be completed in 2023.