ODOT will rebuild the driving deck of the bridge while keeping the on and off ramps open. 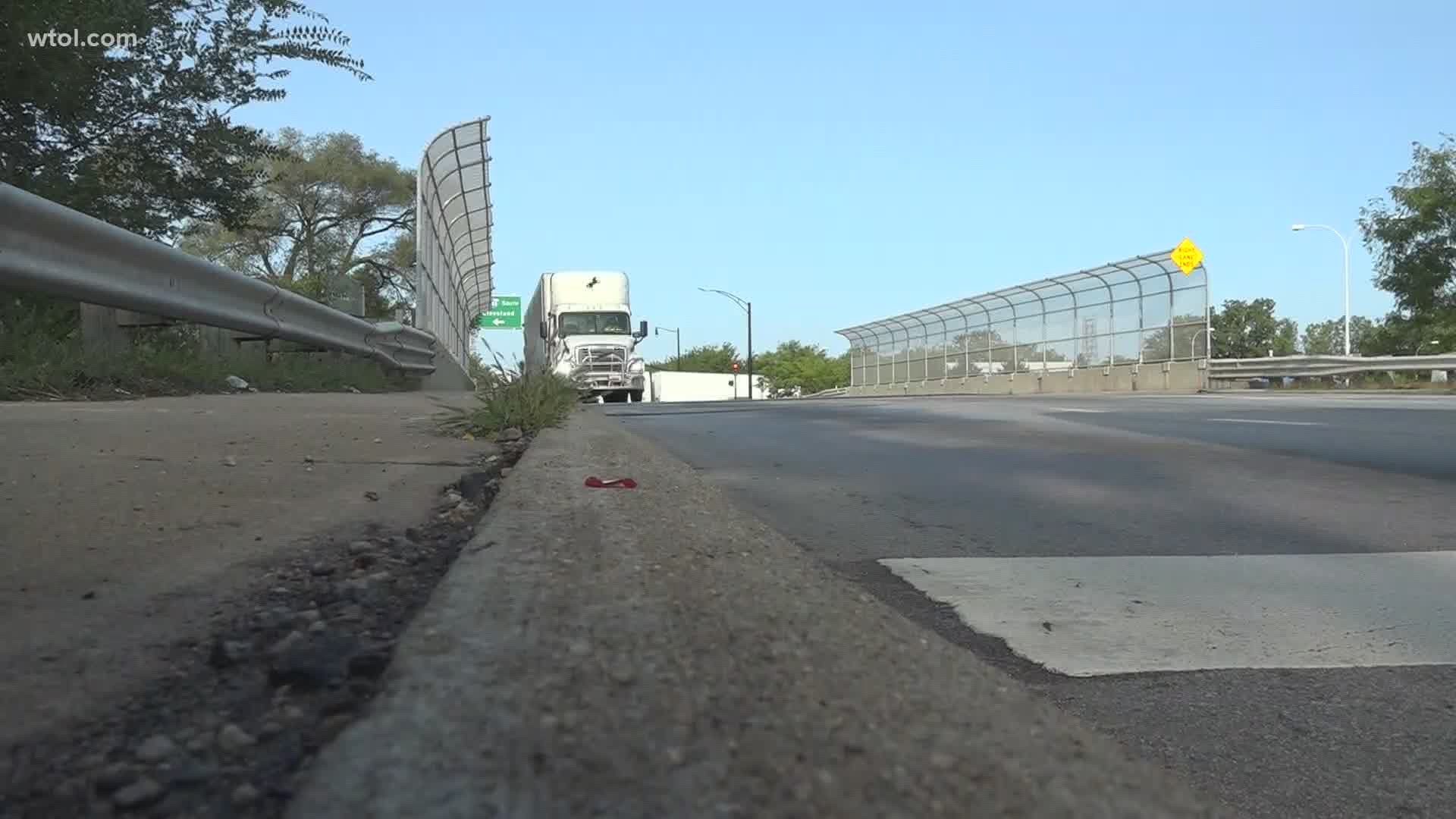 OREGON, Ohio — A bridge on a major roadway will be closed Monday morning, causing a 30-day detour for drivers and pedestrians.

The Navarre Avenue bridge acts as the gateway from east Toledo into Oregon.

But starting Monday morning, this busy bridge will be closed for 30 days as the Ohio Department of Transportation will replace the deck, or driving surface, of the bridge.

It isn't a major construction project, but ODOT decided to entirely shut the bridge down instead of allowing some traffic to continue so the total project can be completed faster.

In the meantime, the I-280 on and off ramps will remain open but will take longer to get to for people on the opposite ends of the bridge.

"I wake up early for work every morning, I've been driving to Detroit pretty often. And that's the easiest way to hope on 280 then 75. So now, I'm going to have to go all the way around just to get to 280," said Dale Burns, who lives just on the west side of the bridge.

Along with needing to detour vehicular traffic, another headache for this 30-day closure is the impact it will have on pedestrians. The listed detour for a pedestrian crossing is for folks to walk all the way down to Wheeling Street and then back up to Navarre Avenue.

Credit: WTOL 11
Pedestrian traffic is asked to detour down to Wheeling Street

The work is not expected to have any impact on I-280 traffic during the bridge closure.

The goal is to have the bridge deck rebuilt and the bridge fully reopened to traffic by Oct. 16.