Those orange cones along the I-75 aren't going away anytime soon. But, ODOT project engineers say they are still on schedule and making real progress. 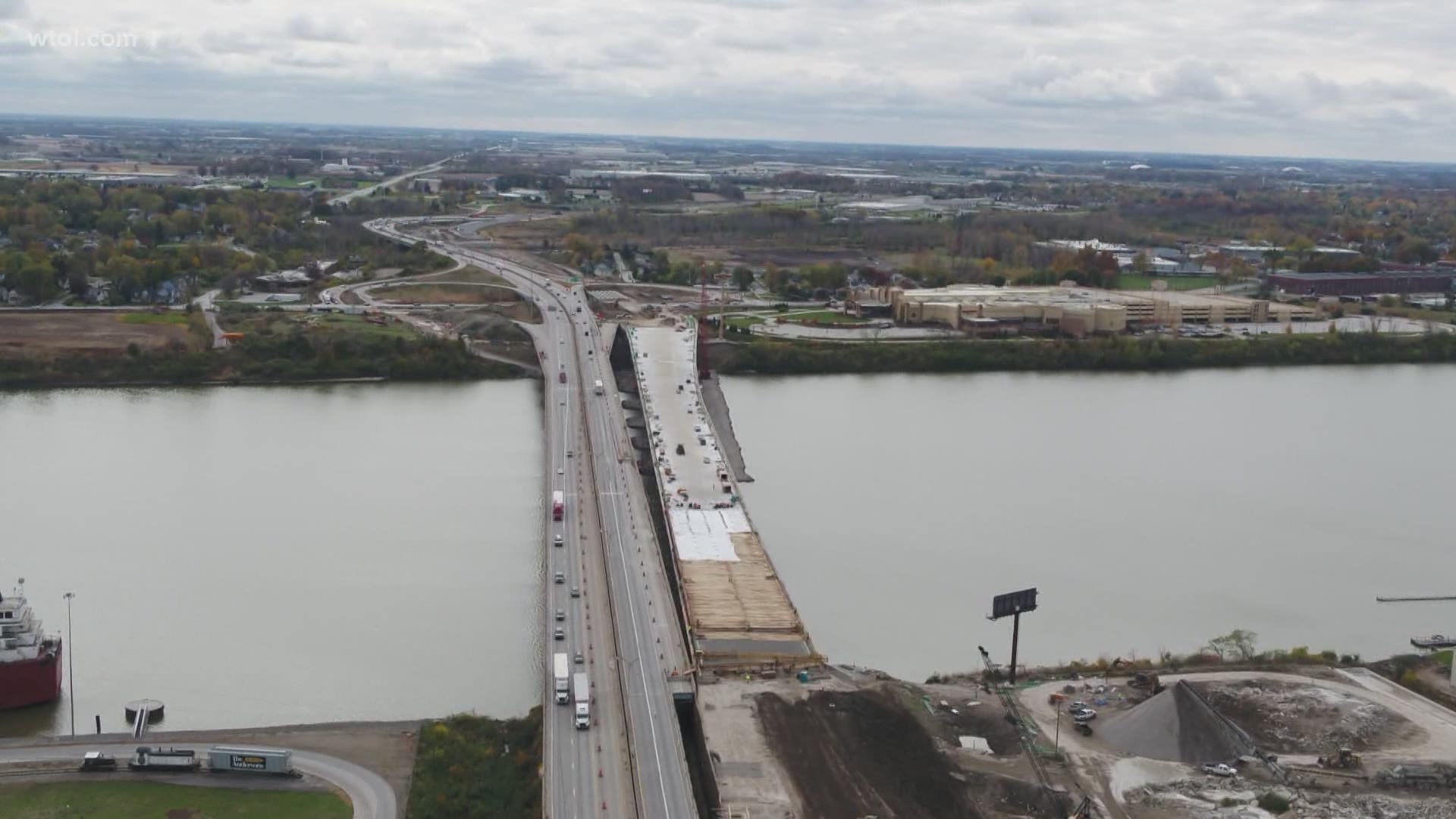 TOLEDO, Ohio — Ohio Dept. of Transportation (ODOT) crews are steadily chipping away at the five-year, $343 million I-75 widening and reconstruction project, although those orange cones along the freeway aren't going away anytime soon.

Despite the project's longevity, ODOT engineers said Friday they are still on schedule and making real progress.

"We've been progressing very well around the downtown area. We're coming up on the time where we're going to start setting some steel beams for a couple of the bridges coming up," project engineer, Kyle Ruedel said.

Travelers making their way southbound can see the progress that's been made on replacing the DiSalle bridge over the Maumee River.

The engineers said they've hit a pretty big milestone with the project, and are about halfway through with construction near the downtown Toledo area and the DiSalle bridge is a big part of that.

They said Toledoans could be driving on a new southbound side as soon as June 2021.

"Big changes will happen next June or July. Around there, traffic will actually switch over to the new southbound pavement," project engineer, Mike Benton said.

As Ohio prepares for colder weather and winter snow, project engineers said there won't be too many changes for those traveling in and out of the downtown area.

"We might be looking at a traffic switch just north of the downtown area. Some of that is weather dependent on if we're able to get a lot of this work done here before winter sets in on us," Ruedel said.

Engineers said that once the project is complete, there will be more lanes of traffic and reduced curves for safety.

Right now, the widening project is on schedule with a completion date of September 2023.